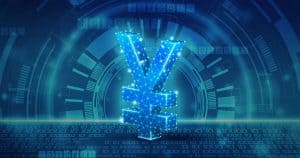 While the Bitcoin rally is hogging all the crypto headlines, many are keeping tabs on developments in the Central Bank Digital Currency (CBDC) space. Now that Japan is inching ever closer to the launch of its digital yen, Oki Matsumoto, the head of Japanese financial services company Monex Group, is heralding the asset’s arrival.

Speaking with Reuters earlier this week, Matsumoto praised central banks worldwide and their increasingly proactive approach to CBDC development. He explained that the assets could potentially improve economies, especially from a digital payment standpoint.

Matsumoto also explained that CBDCs could also improve interoperability with traditional cryptocurrencies, adding that they can make the legacy crypto space “more lively.”

As the CEO explained, the fact that many small crypto exchange brokers lack access to bank accounts limits traders’ ability to convert their digital assets into fiat. In Japan, a CBDC will provide smoother conversion between crypto-assets and traditional fiat – especially within a “digital-friendly” platform.

The comment is coming amid continued progress from the Bank of Japan on the issue of the digital yen. The Bank made its intentions for a CBDC known earlier in 2020, and it has made significant progress on possible issuance throughout the year.

Trying to Keep Pace With China

Last week, Reuters reported that the Bank of Japan had released a shortlist of 30 firms to partner with it on the project. The group consists of the country’s top banks, private institutions, brokerage firms, and utility providers.

The banks – which include Mitsubishi UFJ Financial Group, Mizuho Financial Group, and Sumitomo Mitsui Financial Group – will issue the currency for experimental purposes. Hiromi Yamaoka, a former Bank of Japan executive and the new group chairman, explained that they are working towards developing a consolidated digital payments landscape. He told Reuters:

“Japan has many digital platforms, none of which are big enough to beat cash payments. […] What we want to do is to create a framework that can make various platforms mutually compatible.”

Yamaoka also explained that the inclusion of private banks would improve the chances of making the digital yen competitive. With smartphone-based payment services like PayPay growing in the country, the digital yen will need to show its ability to ensure speed, affordability, and security.

Japan seems to be amid a foot race with China, which is moving quickly towards its digital yuan. The two largest economies on the Asian continent have also led other countries in CBDC development, although China maintains a steady lead.

On Monday, local news source The Paper reported that Suzhou, a city west of Shanghai, had become the latest to join the Peoples’ Bank’s digital yuan trials.

As the news source explained, the district of Xiangcheng in the region will launch a “red envelope” trial of the asset. The program, practically a giveaway, will coincide with the countrywide Double 12 shopping event on Dec. 12.

South Korea has been having some significant issues with its crypto tax laws for ...