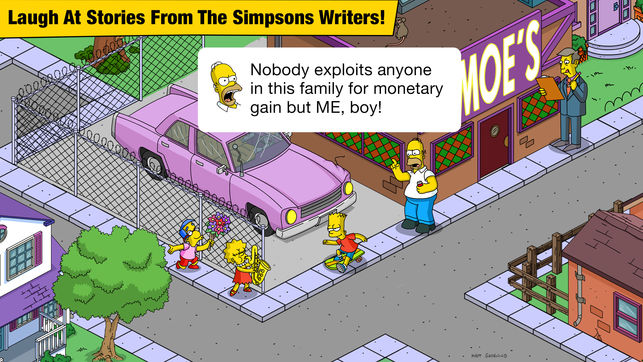 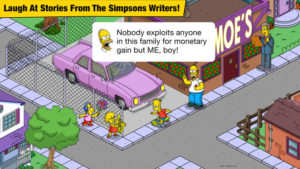 The world’s first cryptocurrency bitcoin was once given the cold shoulder but is now basking in increasing mainstream fame. Climbing the ladder of popularity, the crypto is currently featured in the free city-building game The  Simpsons: Tapped Out based on the hilariously irreverent animated sitcom.

Long-time running The Simpsons is a fictional series mimicking American culture and society. The show, set in the made-up town of Springfield, revolves around the Simpson family as they overcome day-to-day problems together.

However, in The Simpsons: Tapped Out game, users can develop their own version of Springfield’s madness.

And in a new update to the game developers have added a limited-time questline, dubbed “Crypto Cool,” where the player is assigned a task to make Martin say “Blockchain” multiple times without actually describing what the tech is.

“I mined some bitcoin with my computer, and then the value went through the roof.”

Following that remark, Bart asks how mining bitcoin works, to which Martin replies, “It’s really quite simple. Have you ever heard of a little thing called ‘blockchain?’” Martin went on to say it’s only been a week since he discovered blockchain tech, but “now I act like I’m an expert on it! Gather ‘round!”

After completing the first quest, the player is asked to urge three youngsters to mine bitcoins using their computer.

Following the completion of the quest, players are directed to a new short questline named “Crypto-crap.” The questline includes two missions, first encouraging three adults to mine ethereum and the second to spur three kids to mine what they’re told is the next big thing — Prognosticoin.

Bart later catches the ether bug, as he tells his father at one point:

“That’s because Bitcoin is worthless now. If you were smart, you would’ve jumped into the hottest new cryptocurrency, Ethereum.”

Looks like even animated characters can become crypto maximalists.

Speaking of animation, the leading cryptocurrency bitcoin was also recently featured in the new Marvel Comic “Hunt for Wolverine — Adamantium Agenda.” In the comic, unsavory characters are seen using bitcoin instead of cash to seal a monetary deal.

Cryptocurrencies, chiefly bitcoin, are swiftly being presented more and more in pop culture, be it cartoons, sitcoms, or other avenues. Little by little these cameos help push ahead toward mainstream audiences.

Will bitcoin’s appearances in pop culture help it gain widespread adoption? Share your views in the comments section.

Gary McFarlane •11 hours ago Last Updated: 11 hours ago
View All News
Note that the content on this site should not be considered investment advice. Investing is speculative. When investing your capital is at risk. This site is not intended for use in jurisdictions in which the trading or investments described are prohibited and should only be used by such persons and in such ways as are legally permitted.