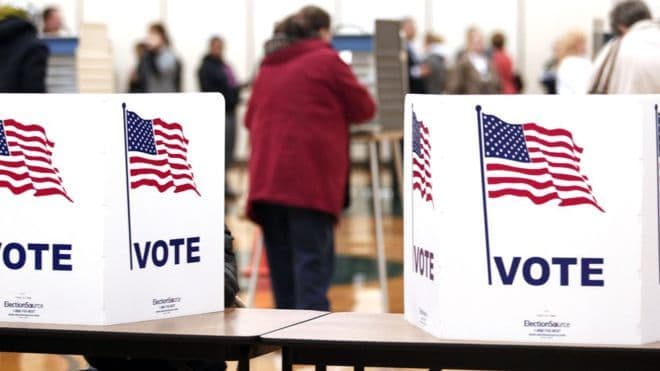 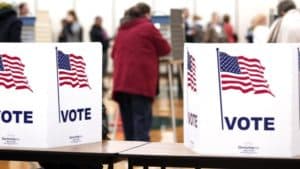 Thanks to the advent of the digital age, many across the United States desire a more convenient way to cast votes that won’t involve them having to queue for hours at polling stations.

Mobile voting might have gotten a bad reputation at the Iowa Democratic caucuses earlier this month, but blockchain voting in itself has been gathering a lot of momentum. To help answer this demand, certain companies have begun to research possible iterations of a blockchain voting platform.

Voting for a 21st-Century America

The most prominent of them, for now, is Kaspersky Labs, a popular intelligence and cybersecurity agency. Earlier this week, the company unveiled a blockchain-based voting system that could hypothetically be used in future elections.

The platform has been in the world for at least two years now, as it is based on Polyps – a system that the Russian company released back in 2017 when it was embarking on its mission to revolutionize elections. With Polys, all voters will need to have their special Q.R. Codes or a token when they register, these tokens or codes can be registered, thus confirming a person’s eligibility to vote and allowing them to move to their voting machines.

The votes will work in the same way that transactions on a ledger work in crypto terms; the vote is cast and immediately encrypted, while the system also verifies the link between a vote and a voter. Once the vote has been recorded on the blockchain, the process is done. The entire point of the blockchain voting method is to help eliminate the issue of voter fraud by ensuring that only eligible voters are allowed to vote, and that no one is able to vote more than once. The platform will also render many polling stations obsolete, especially in urban centers where people can get easy access to high-speed Internet facilities.

A Blueprint for the Future of Voting

However, it’s highly unlikely that Kaspersky’s voting platform will be used by the United States. The firm is headquartered in Moscow, and considering that Russia has been accused of interfering in the 2016 General Elections – and was also recently fingered for seemingly making another attempt to do so again – it’s more than likely that Americans won’t want to trust a voting platform made by a Russian company.

However, what this platform can do is serve as a harbinger for what could come sometime in the future. Blockchain voting can help streamline the democratic process significantly, reducing stress on the part of the voters and collators and ensuring that the government is able to significantly save money as well.

Its prospective entry into government and voting is just the latest in blockchain’s attempt to infiltrate every aspect of human life. For the past few years, several companies have taken advantage of blockchain’s ability to improve their services and streamline operations, and now, governments across the world are opening up to the opportunities it provides as well.

In the United Arab Emirates, for instance, there are currently blockchain applications in the health and financial spaces, and there’s also talk of a government-issued digital asset in the works.