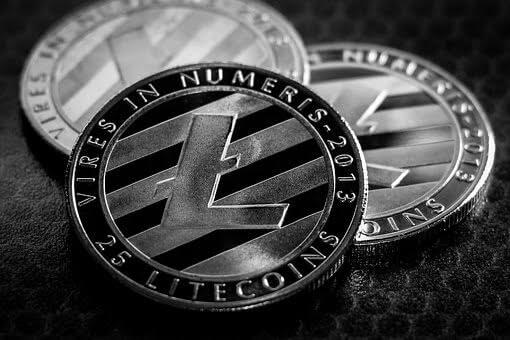 Litecoin has been seeing some interesting action lately, rising from around $42 in October to above $92 at the time of writing. Overall, an increase of 119% in just one month. Still far from the all-time high of $356.45 three years ago, which gives investors a reason to believe that the fifth-largest cryptocurrency in the world in terms of market capitalisation can keep rising. But what was the catalyst behind the massive bull run in Litecoin’s price? Can Litecoin achieve a new all-time high in 2021? And is Litecoin a good long term investment right now?

Why Litecoin is Going Up?

There are several reasons for the spike in Litecoin’s price in the past month. First, PayPal’s announcement in October that Litecoin is one of the few supported digital assets on the largest online payment systems in the world was a major factor for Litecoin’s development. Immediately after the announcement, Litecoin’s price soared by more than 10%.

Secondly, even though Litecoin’s halving has been completed in 2019, the effects of it can be seen in the rise of users and mostly in the increase of Litecoin miners. And indeed, Litecoin is one of the favorite crypto coins for miners in terms of profitability, much more than Bitcoin for that matter.

Finally, the crypto boom in 2020. The crypto market has been growing since the beginning of the year with an increase of total market capitalisation from $191bn at the beginning of the year to $563bn in early December. Now, that digital assets have now grown to such an extent, it is no longer possible to ignore it, particularly in the year of the Covid-19 pandemic when the financial stability was uncertain at some point.

What’s Next for Litecoin?

Looking ahead, the future of Litecoin looks promising as of now. At present, it is the 5th largest cryptocurrency in the world with a market value of $6,031,024,323, and many still consider this coin as the most efficient and undervalued digital currency. Moreover, cryptocurrency users often prefer Litecoin since it is 5 times faster than Bitcoin. For that reason, it is considered by many as the best ‘crypto coin for payment’ purposes.

Overall, bitcoin and Litecoin are almost identical in terms of technology as they both use proof of work ecosystems and have the exact mining process. The major difference between the two is the speed of Litecoin that makes this coin so unique, in particular when Litecoin’s team has recently lowered the block generation time to 2.5 minutes from 10 minutes. Another notable difference is the transaction fees – Litecoin is simply cheaper than bitcoin.

Looking at the chart, Litecoin is clearly trading at a bullish trend right now. After rising above the resistance level of around $81, the next resistance level holds at $104.02, and then around $120. On the other hand, the LTC/USD pair has strong support levels at $77, and $69. 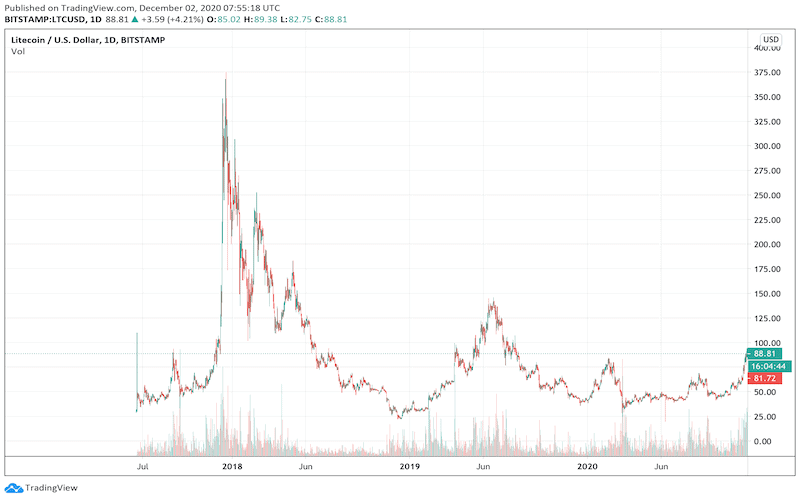 Overall, the rising demand for cryptocurrencies like Litecoin is likely to continue in the upcoming years. While there’s always a high risk in the cryptocurrency market due to high volatility and the speculative nature of the market, Litecoin appears to be one of the best crypto coins to invest in right now.  Since Litecoin has a big community of fans and traders just like in bitcoin and ethereum, it wouldn’t be a surprise to see Litecoin trading at around $150 in the very near future.