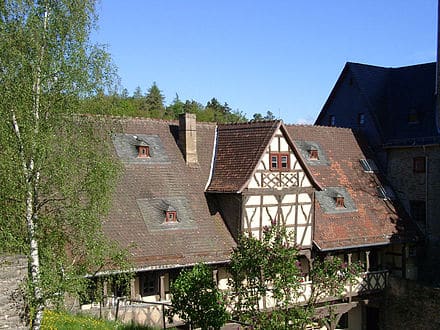 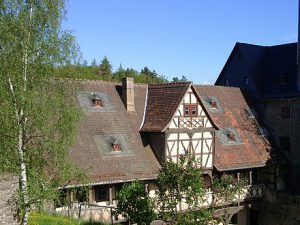 A house located in Kransberg, Germany, has been listed for auction on popular non-fungible token (NFT) marketplace, OpenSea.

House Being Auctioned on NFT Marketplace

The Kransberg-situated auctioned house has a price tag of $74,000, according to the details of the listing.

While there is no bidder yet for the NFT, it is gathered that the eventual buyer of the token will have full control and ownership of the house, including negotiation and agreement with the seller.

However, this action appears unprecedented in the NFT marketplace. The seller of the property earlier disclosed on OpenSea that he decided to sell the house as an NFT to set the pace for others to follow.

The listing shows that the auction ends on April 25. The potential buyer is due to pay 34 Ethereum, which is equivalent to $75,000.

While the primary function of NFTs is to promote digital content such as images and videos, there is growing adoption of the token for other purposes in recent times.

With many celebrities and artists launching personal NFTS, according to The Business report, it appears that more individuals are considering using the digital token to carry out the sale of physical assets.

Using the NFT marketplace to sell houses is not new in some countries, although it may be the first to happen in Germany.

Recently, a Canadian artist, Krista Kim, sold her house for more than $500,000 through an NFT marketplace.

The house known as Mars House was regarded as the first NFT house sold in the country.

Contrary to Kransberg’s house, it was revealed that Mars House doesn’t exist in reality as a house, but the artwork was designed by Kim and existed only in the digital realm.

However, the virtual house’s new owner will explore the place using virtual reality (a digital world).

The owner of the platform, SuperRare, described the project as the first of its kind in the realm of NFT digital house.

The Emergence Of NFT Marketplaces

More than any other time, artists and creative minds have intensified efforts to explore NFT marketplaces.

A blockchain project, Victoria AR, disclosed it is developing a virtual reality platform in recent times.

The platform reveals that the project will support non-fungible tokens, and members will be allowed to play games and trade goods.

It is projected that it will be the first Massive Multiplayer Online Open World in which photorealistic graphics are used.

Interestingly, these innovative ideas have fueled asset tokenization and NFTs, particularly in areas such as Web 3.0 and DeFi.

However, the support of NFT by renowned influencers like Paris Hilton and Snoop Dogg has also had an impact on the sector’s growth.

Tether Set To Launch USDT On Polkadot And Kusama Networks