Gemini was among the cryptocurrency firms that announced plans to lay off staff because of the tough market conditions. However, despite the crypto market recovery where the global market cap has reclaimed $1 trillion, Gemini is still letting go of its employees, signaling that the company’s financial woes are not over.

A source close to Cameron and Tyler Winklevoss’s exchange has revealed that the company has laid off more employees. This announcement comes a little over a month after several reports claimed that the exchange had let go of 10% of its staff.

A report by TechCrunch said that 68 more employees had been laid off from the exchange. This translates to around 7% of its over 1000 employee base. The source said that Gemini was letting go of employees as part of an extreme measure to cut costs.

The Gemini exchange started laying off its employees in June as the bear market intensified. Last month, most cryptocurrencies registered double-digit losses as Bitcoin and Ethereum plunged to 2020 lows. However, the two cryptocurrencies have shown signs of recovery, with BTC gaining to $22K as ETH reclaims $1.5K.

Gemini was not the only company that laid off its employees in June. Other leading exchanges, including Coinbase and Crypto.com, announced similar plans to lay off employees.

Gemini sued by the US CFTC

The United States Commodity Futures Trading Commission (CFTC) filed a lawsuit against Gemini in June. The lawsuit filed in the US Southern District Court of New York claimed that Gemini made false and misleading statements to the regulatory body in 2017.

According to the lawsuits, some documents and in-person meetings between the CFTC and Gemini failed to produce the right facts as the exchange did not give accurate statements. Instead, it violated the Commodity Exchange Act and other regulations.

In a statement, the CFTC said it wanted disgorgement of any gains acquired illegally. The regulator also wants monetary penalties and injunctions linked to registration and trading. 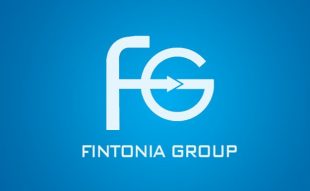 Dubai is slowly becoming one of the largest hubs for cryptocurrency activities. Some of ...