MobileGO — an Ethereum-based gaming platform — has partnered with Xsolla, a major traditional gaming platform with significant collaborations. The latter company has started accepting MGO tokens as a new global payment method for developers and gamers.

With this collaboration, over 500 million players will be able to use the altcoin in over 500 games, among which is PlayerUnknown’s Battlegrounds. Developers will also earn royalties in MGO “on a sliding scale percentage of their choice” from Xsolla. Aleksandr Agapitov, the founder and CEO of Xsolla has also declared that:

“Owners of MGO will soon be able to engage in peer-to-peer match play and organize decentralized gaming tournaments in a way never before possible.”

Not a new player

New games are added to Xsolla daily and it operates in over 20 languages and 200 countries. MGO tokens have been added to an impressive pool of 130 accepted currencies and 700 payment methods.

MobileGo is developing a token reportedly meant to “gamify the Esports platform and incentivize gamers’ loyalty and participation through rewards.” The goal of the project is to “make MGO a truly global token, traversing geographical borders and making games available to everyone.”

MGO is meant to be a currency for all gamers worldwide. Another ambition of the company is to increase the fairness of tournaments by guaranteeing the payout of prizes to the winners.

The new MobileGo partner operates as a merchant and seller of records for gaming entities like Twitch, Valve, Epic Games, PUBG Corporation and Ubisoft. Xsolla and MGO believe that this collaboration grants the token “a strong potential of becoming the most adopted alternative coin in the world.”

Xsolla’s intention is to bring to developers the benefit of faster and cheaper payment times by integrating MGO tokens into the platform. The company claims that while it usually takes weeks or months to pay out loyalties, developers can get paid in as little as 60 hours with those tokens. It takes 60 hours since the payment requests will be processed three times a week.

The company hopes that the token will reduce fraud and ease the process of getting paid for the players, while also decreasing the fees.

Could gamers make the rules?

Another aspiration of MobileGO is to decentralize games granting players a say in how they work. A hilarious description of a potential scenario that could be avoided this way is present on the about.me page of Vitalik Buterin, a co-founder of Ethereum:

“I happily played World of Warcraft during 2007-2010, but one day Blizzard removed the damage component from my beloved warlock’s Siphon Life spell. I cried myself to sleep, and on that day I realized what horrors centralized services can bring. I soon decided to quit.”

And a recent MobileGO blog post declares that “ultimately, everything boils down to trust, and blockchain has a huge potential of making gaming fairer”.

According to the company, it is already clear that it can remedy most of the problems that have plagued the industry for over a decade, such as lack of transparency, controversies over reward payments, unprotected players’ rights, fraudulent activity, and the centralized infrastructure. MobileGO team assures that Blockchain may pave the way for new business models, transforming the entire gaming industry.

The post Game Developers to Be Paid in Altcoin on Major Platform With Over 500 Games appeared first on NewsBTC. 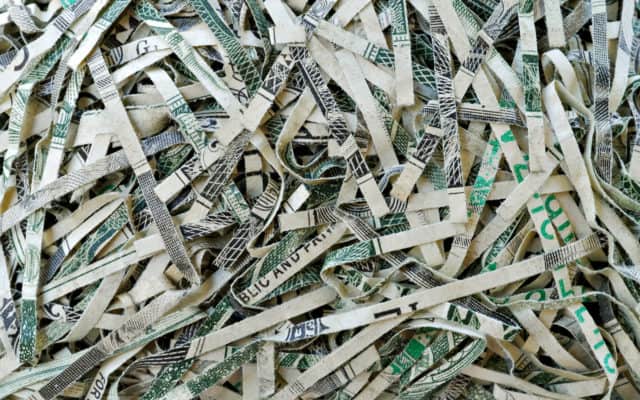 Yesterday Tether quietly took 500 million USDT out of circulation, then promptly destroyed them. ...