Homenewsfinnish authorities beef up over 20 entities against prospective ransomware attacks 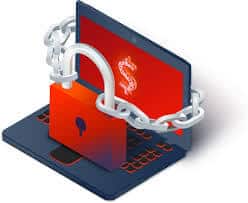 Preparing for the worst

On November 22, Finnish news outlet Yle reported that the Finnish Population Register Centre had instituted a program to help over 200 cities and companies in the country to respond effectively to ransomware attacks and ransom threats. According to the post, the program will take all participants through protecting themselves from prospective attacks, as well as training them on how to respond to ransom requests from hackers.

As part of the operation, the regulator confronted all participants with simulated attack scenarios on their systems. Per the organizers, the exercise was aimed at strengthening the ability of the companies and cities to handle cyber attacks and respond effectively, thus ensuring that they don’t have to lose any of their revenues to these attackers or lose out on any of their valuable data.

The Population Register Centre has already organized two practice days, and a third is also set to hold in the coming week.

Of course, the rationale for this is quite understandable. While they took the back seat among cyber threats faced by computer owners last year, ransomware attacks have been on the upsurge so far this year.

Virtual Care Provider Inc. is scrambling to restore its systems after it was unable to pay the $14 million in Bitcoin demanded in a ransomware attack. https://t.co/rlpSvI01O6

Back in August, poplar Internet security giant McAfee Labs reported in its McAfee Labs Threats Report: August 2019, there has been more than a 100 percent increase in the incidence of ransomware attacks its year alone. The report, which was published on August 28, explained that ransomware attackers have been able to make nifty changes to their source codes and deploy ore targets attacks, tactics which have helped increase the number of their prospective victims significantly.

The report also showed that the most active forms of ransomware were Ryuk, GandCarb, and Dharma. Other ransomware families were also given credit, as the report noted that new variants have increased by 118 percent in the period under consideration as well.

Earlier this month, Petróleos Mexicanos (Pemex), an oil company based out of Mexico, was hit by a ransomware attack that saw its administrative activities ground to a halt. Citing a company official, news medium Reuters reported that the hackers were able to gain access to the company’s systems by using Ryuk, the most dangerous of all ransomware to date.

By getting access to the company’s servers across the country, hackers were able to encrypt critical information and keep company officials locked out of their network. A day later, Reuters reported that the attackers had sent a ransom note to the company, asking for $5 million in Bitcoin.