Among many categories, Gamefi has definitely been one of the highest-grossing sections within the blockchain industry. This makes sense since the idea of earning money by playing games sounds exciting to anyone. From simple ones with mediocre graphics to “apparently” high-quality blockchain games, the blockchain community has seen it all, and it hasn’t been as exciting to them as it sounded.

However, a new genre of games that has taken over the market in the traditional community is now making its way over to blockchain gaming. Despite not featuring top-notch graphics or characters, Fantasy Games have a way of striking a chord with the audience. That is exactly what certain cryptocurrency projects have been aiming for this year.

Sorare and NBA to partner and release a Fantasy Basketball Game

Developed by Nicholas Julia and Adrien Montfort in 2018, Sorare is originally a blockchain-based fantasy football game. The game allows players to buy, sell and trade teams within the sport through digital cards.

It was one of the fastest-growing fantasy sports games in the industry due to a non-boring concept that was embraced widely by the fans. The new partnership with NBA to finally release another game to the platform’s inventory has been a much-awaited event. The game is set to be named Sorare: NBA. It is expected to launch on the 18th of October this year and is expected to make it to the top charts soon after.

Why is this good news for Battle Infinity?

Battle Infinity is set to become the biggest blockchain-based fantasy sports game platform. Set to introduce several sports in the future while being completely integrated with the metaverse, Battle Infinity is a project created by Indian developers just like the popular project Matic.

Being a recently introduced small market cap project, Battle Infinity has a shot at exponential growth and has been showing signs of the same too. Developments from already established projects in the space like Sorare only fuel the growth of a similar ecosystem like Battle Infinity. Speculating this, investors have been flocking to accumulate IBAT, which is Battle Infinity’s native token.

At the time of writing, IBAT is trading at around $0.0038, with a market cap of just $12 million. With the token trending across several major social media platforms, a price spike in the upcoming months is highly likely. 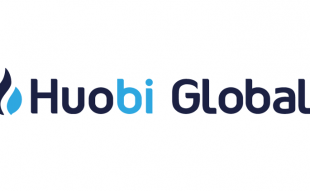