MetaMask, one of the most popular mobile apps running on the Ethereum network, has just clocked a significant milestone.

According to a recent report from Trustnodes, the browser extension and cryptocurrency wallet application crossed the 1 million user threshold, in a time when transactions on the Ethereum network have also been on the significant rise.

Company Shakes Off Scandals and Stabilizes

MetaMask is a browser extension for the Google Chrome web browser that comes with a built-in crypto wallet and allows users to run decentralized applications (dApps) on the Ethereum blockchain without the need to operate a full node on the network. The app has been extremely popular among Ethereum-based dApps, with many pointing to its innovative nature and ease of interaction with the blockchain.

Crossing the million-user milestone is undoubtedly a testament to the app’s growing popularity, and as Trustnodes explained, it’s also coming at a time when just about everything related to Ethereum seems to be experiencing a surge as well. Last month, it was reported that the Ether tokes locked in decentralized finance (DeFi) had reached an all-time high, and in the past week, the price of the Ether token itself gained about 28 percent.

However, MetaMask hasn’t always had a smooth ride. Last month, the app extension was removed from the Google Play Store, after the tech conglomerate accused the app of being in violation of its financial services policies.

According to MetaMask co-lead developer Dan Findlay, Google had explained that the firm violated a policy that prohibits cryptocurrency mining on mobile devices. The team tried to appeal the decision to ban the app, but all their arguments fell on deaf ears as Google rejected their appeal.

“I very much hope that this was an honest mistake on the part of Google’s reviewers, but in combination with all the crypto YouTube bans, it definitely puts me at disease about how Google is engaging with decentralizing technologies,” Findlay said at the time to Cointelegraph.

The ban was eventually lifted earlier this year, as the MetaMask team opined in a tweet that Google had simply mistaken the purpose of their app. The team has now turned their attention to Snaps- a new feature that will allow users to build plug-ins that can improve the app’s functionality. They plan to have a demo ready at the ETHDenver hackathon this weekend.

Sadly, not every Ethereum affiliate has been able to coast on the type of success that MetaMask has gotten. Earlier this month, ConsenSys, one of the most prominent development studios on the Ethereum network and the parent firm of MetaMask itself, announced that it had cut its employee count by 14 percent.

The New York-based software development giant explained in a February 4 press release that it had undergone a massive layoff, adding that it also intends to split. As the release explained, part of its operations will continue in the software development sector, while the other part will be more focused on investments. It’s worth noting that the firm just went through a round of job cuts that saw its staff reduce by 13 percent in January. 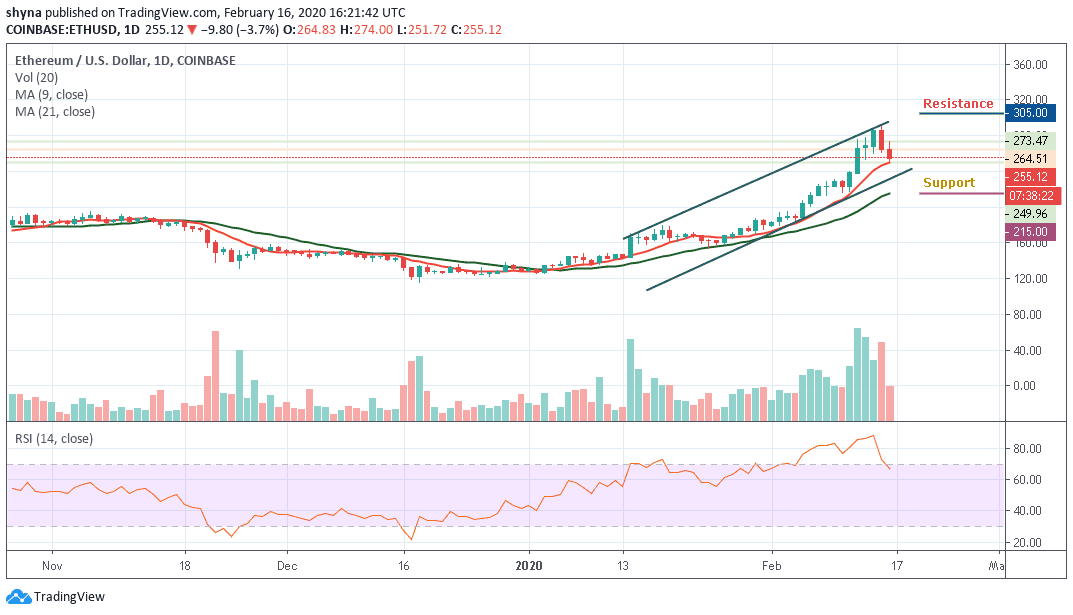 Ethereum Price Prediction: ETH/USD Sliding Lower Under $260; Is It Going to Revisit $220?