Markets have seen a strong rebound in the run-up to Ethereum’s Merge planned for this week, and Ethereum Classic has established itself as an unexpected forerunner. The ETC-USDT perpetual futures open interest accumulated on Binance and OKX recently recorded its all-time high value of $350 million on September 6, immediately following the latest Bellatrix upgrade launch.

Ethereum Classic was the result of a hard fork on the main Ethereum blockchain in the aftermath of the DAO attack in 2015. While ETC is a continuation of the earlier chain, ETH is the newer version. As Ethereum continued to peak in terms of value, adoption, and applications, Ethereum Classic’s growth was considerably hampered.

This has changed significantly in recent months, with more and more developers shifting their focus to ETC from ETH.

ETC crypto has been on a meteoric rise since July, having grown almost six-fold since. With its latest peak, ETC has broken its previous hashrate record of 28 TH/s in April 2022. The hashrate is a measure of the capacity of a computer or mining system and is denoted in terahashes. The higher the hashrate, the more difficult and expensive it is to gain network control, and the greater the security concerns.

This noticeable push is being linked to the Ethereum network’s long-awaited move to proof-of-stake. Users staking ETH (validators) will be responsible for adding new blocks to the chain, replacing energy-intensive mining. This has prompted Ethereum miners to seek alternatives in the form of Ethereum Classic (ETC), a proof-of-work version of Ethereum that appeared in 2016. 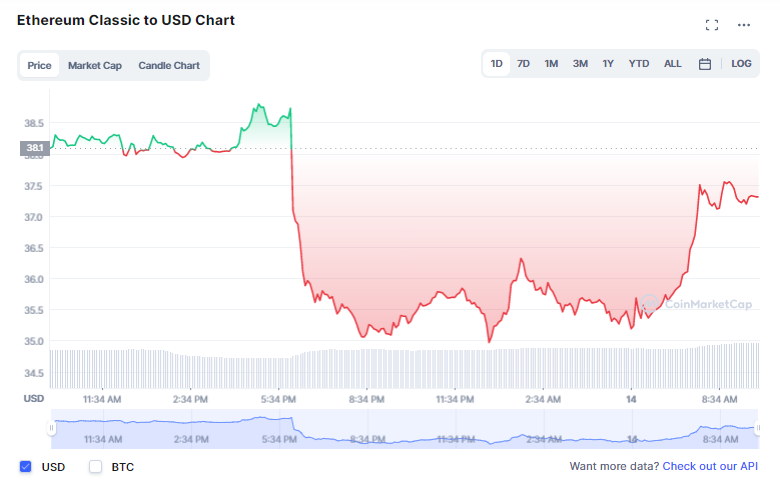 As traders strive to arbitrage and hedge the Ethereum network’s largest upgrade in years, derivative markets are reflecting the shift in mining resources. Funding rates on ETC are also on the rise, indicating increased demand for leveraged long positions. ETH’s financing rates, on the other hand, are deep into negative territory, indicating a combination of bearishness and excessive hedging.

At the same time, the price volatility of Bitcoin and Ethereum has caused investors to shift their focus to other tokens to diversify their portfolios. This element has helped ETC receive some attention because it has demonstrated its ability to generate returns successfully so far.

Overall, large capital inflows into ETC perpetual futures contracts, together with its hashrate highs indicate that the computing capacity of ETH PoW miners has transitioned to ETC. Further developments in the cryptosphere are supporting this shift, such as a statement from F2Pool – the second largest ETH mining pool – that it will cease Ethereum mining in September and switch to Ethereum Classic.

The Talk of the Hour: Ethereum Merge

The Ethereum blockchain had announced its plans for a massive revolution aimed at aligning its technology with sustainability and reducing carbon emissions by over 98%. The ‘Ethereum Merge’ will shift away from a more energy-intensive architecture in two phases – the first on September 6, and the second between September 10 and September 20.

You can only participate once.

Ethereum is moving away from the proof-of-work (PoW) consensus mechanism to the proof-of-stake (PoS) paradigm. ETH miners will thus be compelled to either shut down their mining rigs entirely or switch to other compatible PoW networks. Ethereum Classic is certainly the best alternative in this scenario, which employs the same Ethereum Et-hash consensus algorithm.

Since Ethereum intends to transition to PoS, Ethereum Classic is on track to become the first smart programmable blockchain with a finite supply of proof of work. The mining rigs will essentially be put to work on another network that functions similarly to Ethereum before the Merge. ETC will thus be one of the most significant winners of the Ethereum migration. The total quantity of coins is limited to 210 million, so it may become more valuable as more coins are created. 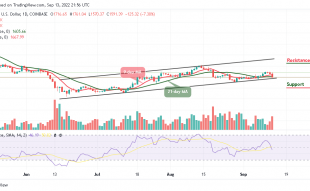 ETH Falls Below $1700; the Sky is the Beginning for TAMA