Homenewsdecentralized social media platform to be built on iota 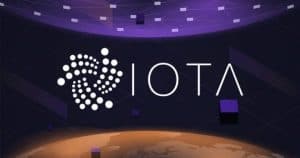 Decentralized social media is a popular use case for blockchain and cryptocurrency. This is largely due to its lack of censorship, among other things.

The EOS-backed Voice is a popular choice for social media users on the blockchain, and IOTA is looking to get involved as well.

SOCIETY2 is a group building a social media platform on the technology developed by the IOTA Foundation, according to a blog post from the group.

They’re looking to build a platform that “will enable a level of control for social media users and platforms which hasn’t previously been possible.”

While things are still in early development, SOCIETY2 plans to have a prototype available for communities by Q3 of this year.

“Over the past 15 years social media has become a cornerstone of our lives. Unfortunately, it comes at a cost to our privacy, control over our personal data and choice about where we get the information about the world around us and who we trust. These are some of the key problems that we are aiming to solve with SOCIETY2,” says Ben Royce, the Head of Development at the platform.

To help address COVID-19 the Financial Conduct Authority (FCA) in the UK is working ...

Azeez Mustapha•9 hours ago
Last Updated:•9 hours ago
NFT Project to Help Women in Afghanistan Get Access to Education