Numerous coins on the Coin Market Index (CMI) have, in the course of the last 7 days, suffered significant regression from their stable price levels. Coins like DOGE, HT, and APT appear to be on a retesting course after reaching significant highs within the last 15 days.

Meanwhile, XCN has only continued its downtrend, displaying a lack of enthusiasm from the bulls, despite their occasional attempts to make significant reversal from the market’s current direction.

Within a matter of days, the effect of the spike that occurred on the 31st of October has been mitigated. The XCN price has nullified the effect of the 36% spike the Chain market experienced at the end of last month. The regressing trend shows how long the coin has continued to dip. This can only be expected to continue, especially with the outrageous decline in the last seven days. TSI and RSI depict a bearish market, still.

Since August, the KLAYUSD market has initiated a regressive move that lasted until the 20th of last month. It was from this point that the KLAY price rose steadily till it reached $0.317. However, as the TSI and RSI indicators show, the market became overbought at that level, hence the need for the price to continue downward, retesting the level at $0.210. And although, the Parabolic SAR indicator signals a bullish market, the 50% drop still is a major concern as more support can be expected to cave in.

After the announcement of Elon Musk’s acquisition of Twitter, DOGE’s price, which had been in consolidation since August, increased by some 110 percent. This was due to the excitement of investors as Dogecoin is well expected to be integrated at Twitter; however, this excitement appears to have been shortlived as the coin price has dropped by some 28% in the last seven days. However, the SuperTrend as well as the True Strength Index maintain that the coin market remains bullish.

The regressing trend shows that from September until the first few days of November, the APT coin had enough bearish pressure to keep it down. This was until the 4th, when the price started to ascend till it reached the supply level at $8.320, only to reverse for another retest. TSI, and RSI, both show very bearish markets.

HT, like most other cryptocurrencies, was stuck in a consolidation phase. A turning point, however, came in the early days of October, when the price began a steady climb up the price chart, reaching about a 140% increase across the month. All indicators on the chart point out a bearish market, except for the SuperTrend indicator which still posits that the market is still retracing.

The D2T presale is selling out quickly and is still reasonably priced. It has already brought in well over $5 million to support platform expansion. 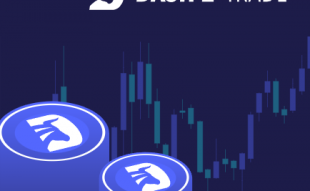