Homenewscoinex to offer otc trading service to its customers 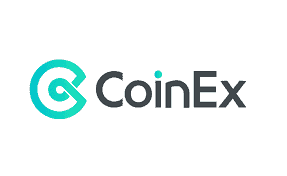 Cryptocurrency exchange CoinEx is working on expanding its services, and the company has now made its foray into the over-the-counter (OTC) service sector. According to an official press release, the Bitmain-backed exchange has partnered with Matrixport, a crypto trading solutions provider, to provide users with OTC services.

CoinEx is a subsidiary of ViaBTC, one of Bitmain’s many mining pools. The company, which is based out of Estonia, is looking to expand its services beyond just the European crypto market. By adding fiat and OTC services, it’s starting on the right foot.

As Finance Magnates explained, the integration will allow CoinEx clients to access digital assets in exchange for fiat currencies without having to place their entry in the exchange’s order book.

Haipo Yang, the founder, and chief executive of the exchange, explained that the strategic partnership would benefit its users, as they will be able to achieve exchanges at greater levels of convenience. He further complimented Matrixport as a potential large player in the industry, adding that he’s excited about the future of their partnership going forward.

John Ge, the CEO of Matrixport, added, “Teaming up with CoinEx is clearly a win-win situation. We believe that CoinEx’s market presence will enable us to reach more crypto enthusiasts and drive the rapid development of our business.”

An Expansion for Everyone Involved

CoinEx has already begun to make a name for itself in the crypto space. Last month, the firm partnered with the crypto finance firm Simplex to help facilitate credit card-based crypto purchases. Thanks to the partnership, CoinEx users can now purchase Bitcoin, Bitcoin Cash, Ethereum, Litecoin, and Tether with their debit or credit cards on the platform.

As for Matrixport, the firm has also been doing some significant work towards the expansion of its services. The crypto finance services provider is also an offshoot of Bitmain, and was even founded by current Bitmain chief executive Jihan Wu. In addition, a significant portion of the company’s staff came from Bitmain’s blockchain development department, which Wu previously controlled.

Early last month, the firm launched a funding round in the hopes of getting some capital to help fund its ventures for the foreseeable future.

As Bloomberg noted in a report, the Singapore-based firm launched the raise in a bid to raise $40 million. If the round does go through successfully, it will give the company an objective valuation of $300 million – almost three times the $114 million valuation that it raised in its last funding round.

Bloomberg pointed out at the time that the firm had started looking for investors. A pitch deck obtained by the news source also showed that Matrixpoint claims to have gotten between $7 million and $8 million in revenues since it started operating in July 2019.