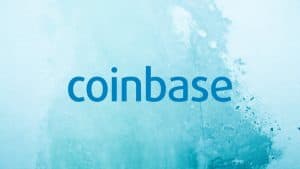 As many know, Coinbase went down on June 1st due to Bitcoin’s price reaching $10,000. At the time, the platform reached 5 times its normal traffic in just four minutes, according to a blog post.

While traders could still, well, trade, the increase saw a negative effect on many of Coinbase’s services, making things take much longer to process.

“This led to process saturation of the web servers responsible for our API, where the number of incoming requests was greater than the number of listening processes, causing the requests to either be queued and timeout, or fail immediately,” the post notes.

On top of this, Coinbase services were oversaturated, which meant that some services automatically were taken out of commission, making the problem worse. Coinbase fixed the problem shortly afterward, but the damage was done.

Now, the San Francisco-based exchange has made some improvements to ensure this doesn’t happen again. Since then, they’ve “fixed the health endpoint to ensure that saturated instances don’t get taken out of rotation. We’re working on reducing the impact of price-related traffic spikes though pre-scaling and caching. Longer term we’re planning to improve our deployment process to mitigate some of the autoscaling issues we experienced.”

In other recent Coinbase news, as InsideBitcoins has previously reported on, the platform cut rewards for USDC which could impact its growth in a big way.

Join Our Telegram channel to stay up to date on breaking news coverage PlayDapp, ...