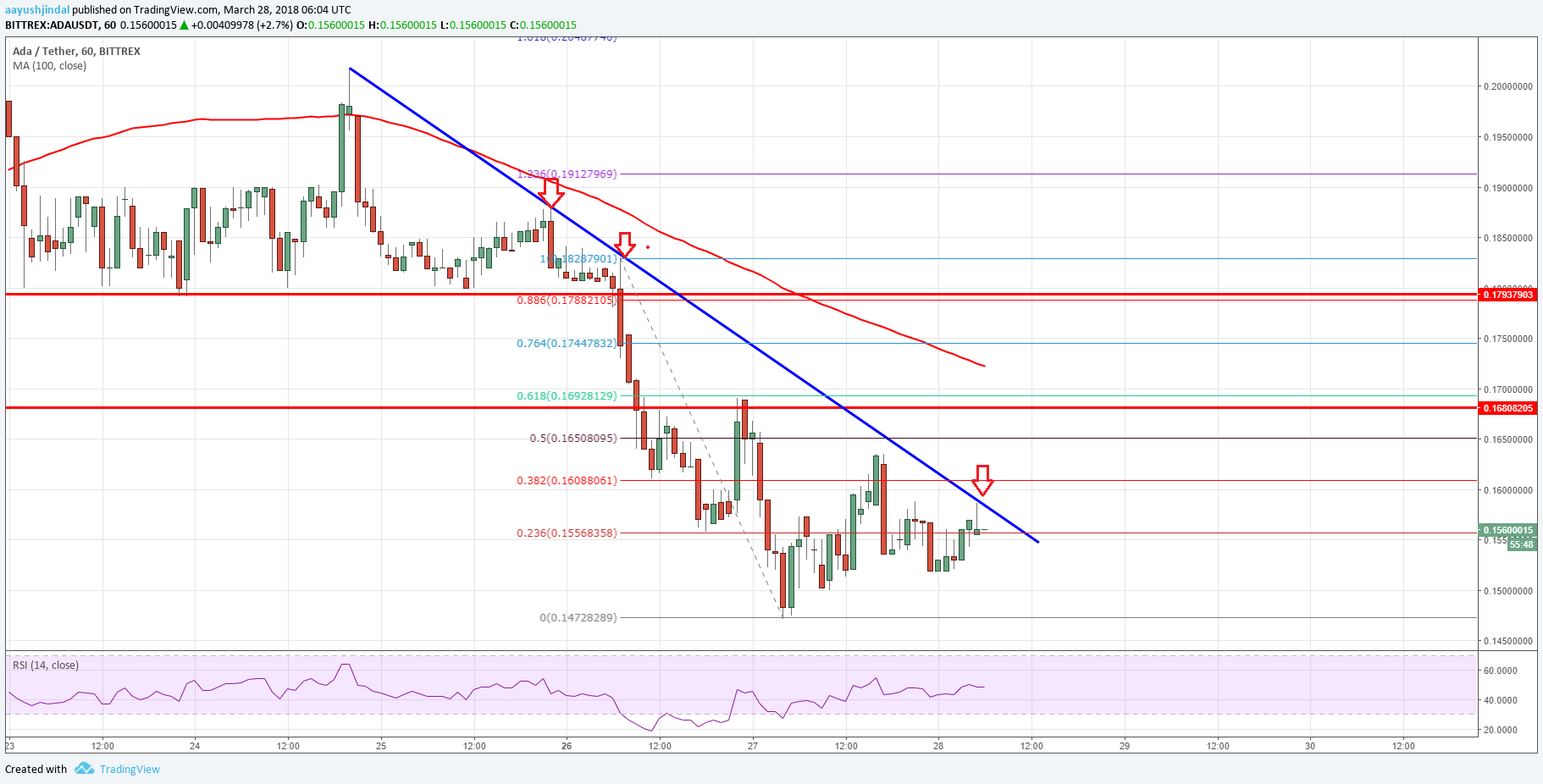 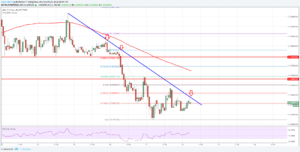 Key Highlights ADA price traded further lower recently and declined towards the $0.1500 level against the US Dollar (tethered). There is a major bearish trend line in place with resistance at $0.1600 on the hourly chart of the ADA/USD pair (data feed via Bittrex). The pair has to move above the $0.1600 and $0.1650 resistance levels to recover in the short term.

Cardano price is under pressure against the US Dollar and Bitcoin. ADA/USD must stay above the $0.1500 level to avoid further declines in the near term.

Hourly MACD – The MACD for ADA/USD is slightly recovering in the bullish zone.

Hourly RSI – The RSI for ADA/USD is now just around the 50 level.