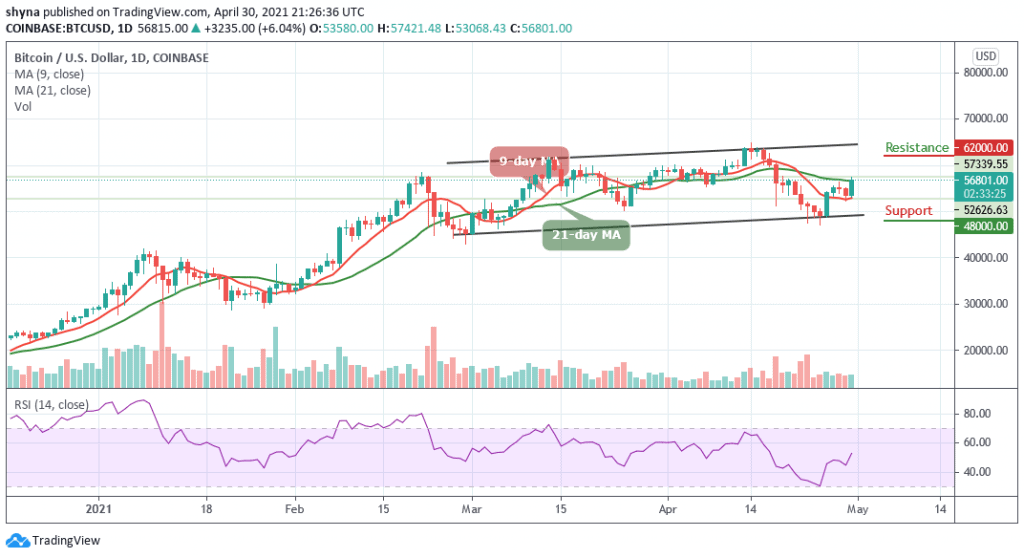 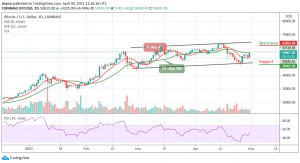 Bitcoin has been ripping higher over the past few hours, raising the probability of closing this month in the green.

After seeing its market bleed for weeks, BTC/USD has managed to stage a sudden comeback on the last day of April. The Bitcoin price is back above $56,000 once again, after a tug-of-war between bulls and bears have led to a bit of a stalemate just as the April monthly comes to a close.

Looking at the 4-hour chart, BTC/USD is trading above the 9-day and 21-day moving averages. However, intraday trading is still looking bullish but a cross below the moving averages could hit the support level at $54,000 and below.

However, in as much as buyers keep moving the market upward, traders can expect a retest at the $57,500 resistance level, and breaking this level may further push the price towards the resistance level of $60,000 and above. Similarly, the RSI (14) moves above 60-level to confirm the bullish movement.