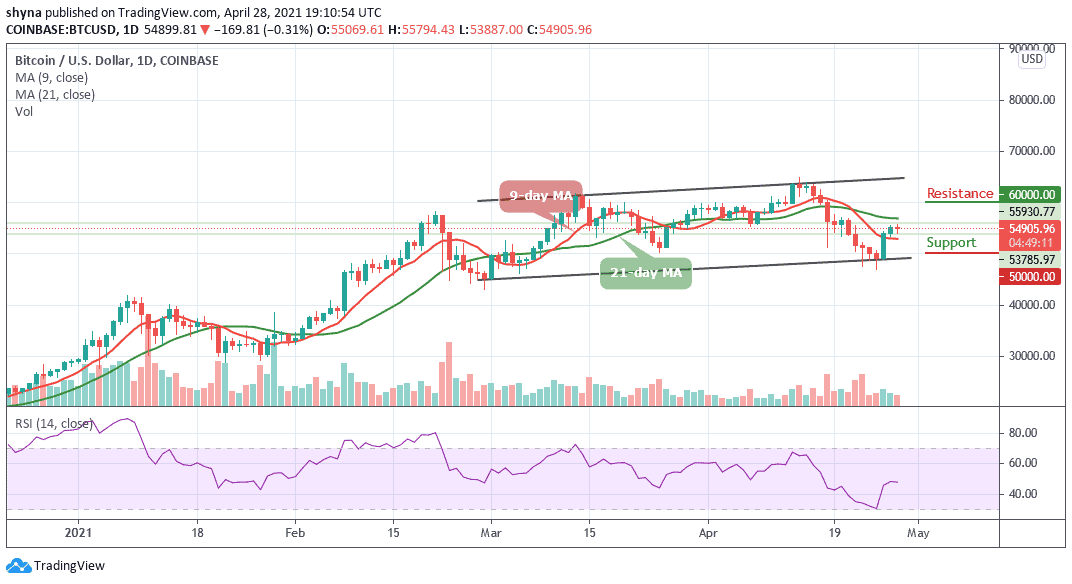 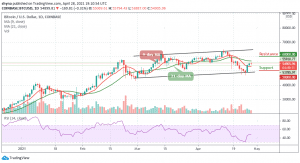 The Bitcoin price is poised for a retreat to the next support at $54,000 before making another breakout.

BTC/USD is slightly down today after struggling to hold above the critical level of $53,000. This comes following a few bullish days as the first digital asset rebounded from a two-week downtrend, hitting as low as $47,000 on the daily chart. Earlier today, the Bitcoin price is seen trading above the $55,700 level but quickly reversed back down below the next major resistance level at the $54,904 level.

The Bitcoin price remains above $54,950 even as bulls seek more support within the 9-day and 21-day moving averages. Looking at the technical indicator RSI (14), BTC/USD is still in the hands of the bulls. However, a minor retreat made by the RSI (14) is making an attempt to trade below 47-level suggesting that exhaustion is slowly engulfing the bullish tent and whatever direction it chooses would determine the next level for the king coin.

On the 4-Hour chart, the Bitcoin price is trading around the 9-day moving average at the $54,966 level. However, the market price may likely fall below $54,000 if the bears fully stepped back into the market.

However, a further bearish movement could test the critical support at the $52,000 level and below while the resistance is located above the upper boundary of the channel at $58,000 and above. Technically, Bitcoin is currently following a sideways movement as the technical indicator RSI (14) moves below 60-level. 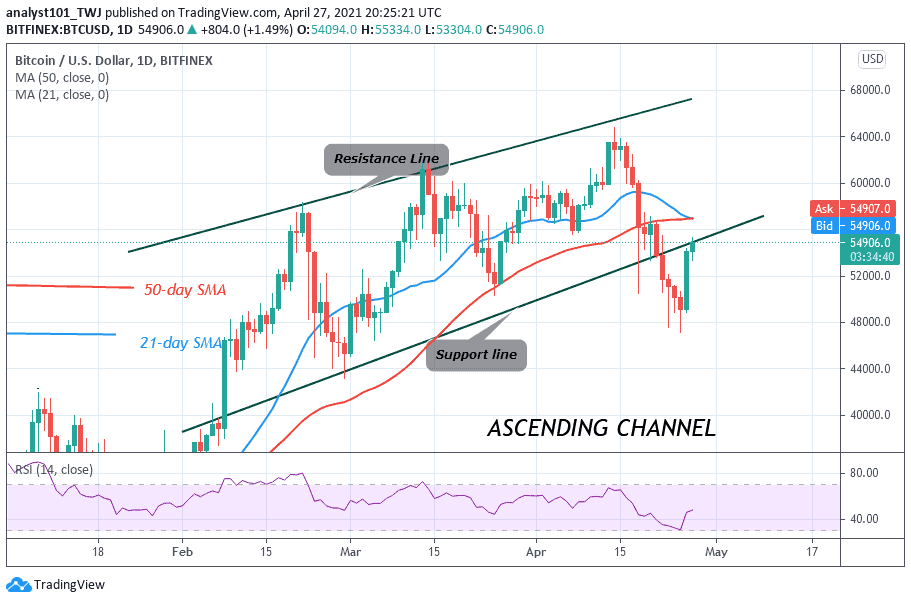