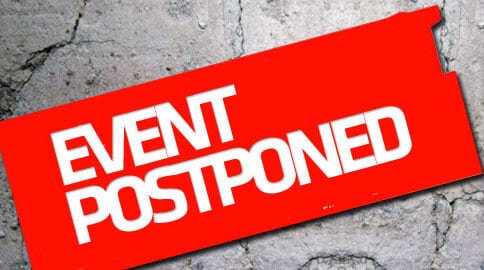 The Coronavirus has spread rapidly since its outbreak in China over two months ago. And two major crypto conferences have been postponed in respect of the virus.

Bitcoin 2020, which was billed to hold in 27 and 28 March in San Francisco, has been postponed to the third quarter of the year. The DC Blockchain Summit billed to hold next week has also been postponed. The postponement was announced on March 6, although the rescheduled date has not been confirmed yet.

The organizers of Bitcoin 2020 have guaranteed the attendees that their tickets for the rescheduled conference will be valid automatically the next time the conference is holding.

They also told all the registered participants not to request for a refund until the organizers announce the updated details.

With Bitcoin halving is coming up pretty fast in May, the goal of Bitcoin 2020 was to bring the top echelons in the community in one place. The speakers would be speaking on a host of Bitcoin-related topics, including milestones in blockchain technology. Also, it wants to find out whether the trajectory will enable it to reach its full potential.

DC blockchain summit invited both blockchain industry influencers and government officials as keynote speakers. The conference is organized by the Chamber of Digital Commerce, which is a body that promotes the use and acceptance of blockchain-based technologies and digital assets.

Other countries also affected by Coronavirus

Apart from these two conferences rescheduled, many other blockchain-based meetings and events are rescheduled all over the world. Earlier this week organizers of the Paris Blockchain conference postponed its conference until the end of the year. The event was billed to hold at the end of this month.

TOKEN2049 is another major crypto-based event that holds annually in Hong Kong. It was scheduled to hold this month, but the event has been rescheduled to the first week of October.

The organizers of the event announced that they have been observing the spread and development of the coronavirus disease over the past weeks. They said although Hong Kong has been managing the situation well, it’s important to use all necessary measures to protect lives if it includes rescheduling the event to a later date.

“Over the past weeks, we have been monitoring the global developments around the coronavirus closely,” TOKEN2049 organizers stated.

In another development, Bitspark, a popular blockchain remittance startup suddenly closed its operations this week. According to the firm, it’s closing because of political protests, coronavirus issues, and internal restructuring issues.