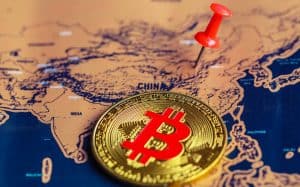 Bitmain and Canaan Creative are perhaps the two largest mining manufacturers in the world. As both companies continue to battle several internal and market struggles, they’ve also been locked in a deadly race for sales. The stage is now set for their rivalry to spill into the new year.

On December 24, Chinese news source 8BTC reported that Canaan would be launching new and improved 5-nanometer application-specific integrated circuit (ASIC) chips in the first quarter of 2020. Per the report, the chips will have several advantages over the previous generation of miners, including more area scaling features, as well as improved power and performance.

Canaan is hoping that it will be able to scale the production of this new set of chips much better than it was able to do with the 7nm variants. Besides Canaan, Bitmain has also been making some significant headway in its mission to keep pace with its top competitor. As 8BTC also noted, Bitmain has already completed the production of the first test-grade 5nm mining chips.

The chips were first introduced by Bitmain chief executive Jihan Wu back in October at the World Digital Mining Summit in Frankfurt. Several sources have now revealed that the company is moving along speedily with the production of the chips, and is expected to roll them out in early 2020 as well.

Pushing Each Other and the Market

The rivalry between Bitmain and Canaan is beginning to heat up even more, and given the similarities between them, it’s interesting to see how they’ve been able to shape the mining sub-industry. The 7nm chips were only introduced earlier this year, but heating competition has caused both companies to look for even more effective mining chips in a bid to one-up one another in sales.

The companies are also putting themselves in a unique position to reap from the anticipated uptick in cryptocurrency prices in 2020. The Bitcoin halving is expected in May, and there’s a lot of anticipation about its ability to propel the top cryptocurrency to greater heights. Miners know this as well, and they’ll be looking to mine as much as they can- a process that will need them to get effective mining rigs.

It’s an expected gold rush, and both Canaan and Bitmain will be gearing up to corner an important market and boost sales. It’s expected that other mining companies will follow in their footsteps soon enough, but these two behemoths will have sold their fill by then.

A Clean Slate for Both Firms

The news could not come at a better time for both firms. Bitmain has been able to ride on the resurgence of the crypto market, but internal turmoil has put its health and viability as a company in doubt. Industry sentiment is also not too good, and its prospects of launching an Initial Public Offering (IPO) look bleak once more.

As for Canaan, the company did conduct an IPO, but it was ultimately unsuccessful. Despite revising its expected capital haul, the mining company still fell well short of its projected number. The firm’s shares have also fallen considerably since the IPO, marking more financial challenges.

If they can make great sales in 2020, then they could put the shadow of these mishaps behind them.

YouTube is taking steps to re-enable several crypto-related videos that were taken down from ...