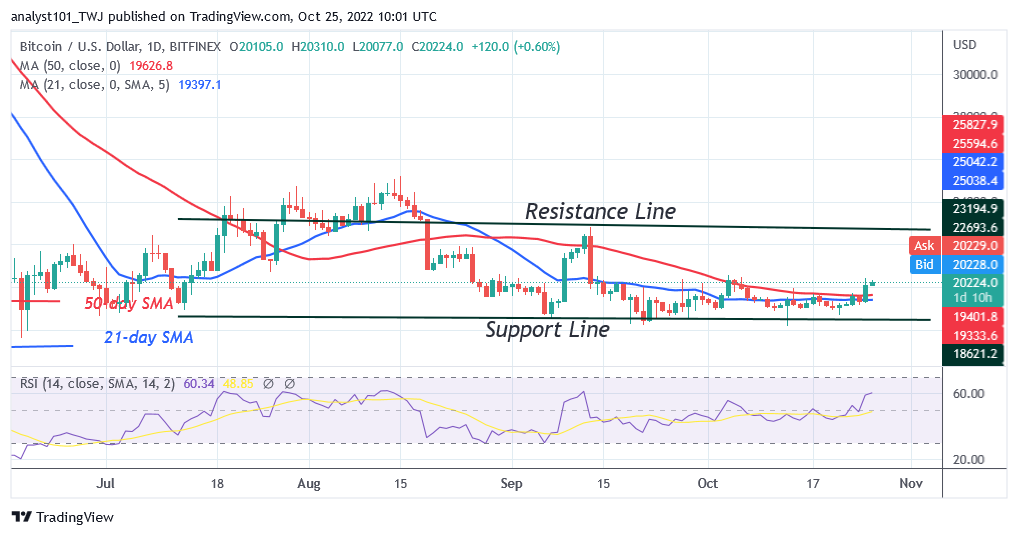 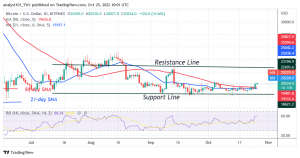 Bitcoin (BTC) increased on October 25 after breaking above the moving average lines. However, as the largest cryptocurrency approaches the overbought region at $20,500, Bitcoin may face rejection at the recent high. On October 4, buyers failed to overcome the resistance at $20,500. Today, the BTC price is retesting the resistance zone to break above it. The market will rally to $22,480 if buyers are successful above the recent high.

Nonetheless, if the bullish momentum is sustained, BTC price will break the $22,480 and rally to the overhead resistance at $25,205.In contrast, if Bitcoin turns down from the $20,500 resistance zone, the coin will decline and find Support above the breakout level of $19,689. This will cause the cryptocurrency to resume its range-bound move between the $18,800 and $19,900 price levels.

As a result of the Russian invasion of Ukraine, a new analysis from blockchain analytics company Chainalysis reveals a rise in stablecoin adoption in Russia. This has been followed by sanctions and inflation. The data, which was published on October 12, showed that since the invasion, the share of stablecoin’s transaction volume on mostly Russian services has climbed from 42% in January to 67% in March. Stablecoins are likely to be the favored form of trade due to their price stability.

According to an anonymous expert on regional money laundering who spoke to Chainalysis. This is because of Russia’s exclusion from the SWIFT cross-border system. According to the research, some of the rises in stablecoin usage is probably the result of regular Russian citizens exchanging their Rubles for stablecoins to preserve the value of their possessions in the face of the country’s high inflation rate since the conflict started.

Meanwhile, the Bitcoin uptrend has been interrupted as it is unable to sustain above $20.5K. The coin is fluctuating below the resistance zone. Bitcoin is above the 80% range of the daily Stochastic. The uptrend is doubtful as Bitcoin run to the overbought region of the market. However, in a strong trending market, an overbought condition may not hold.

The Dash 2 Trade presale is off to an excellent start, having already raised more than $2 million in just a few days. The cost was only $0.0476 at the beginning, and it is currently $0.05. The price will again increase to $0.0513 at the third presale phase. 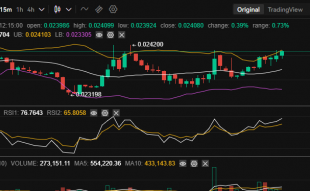