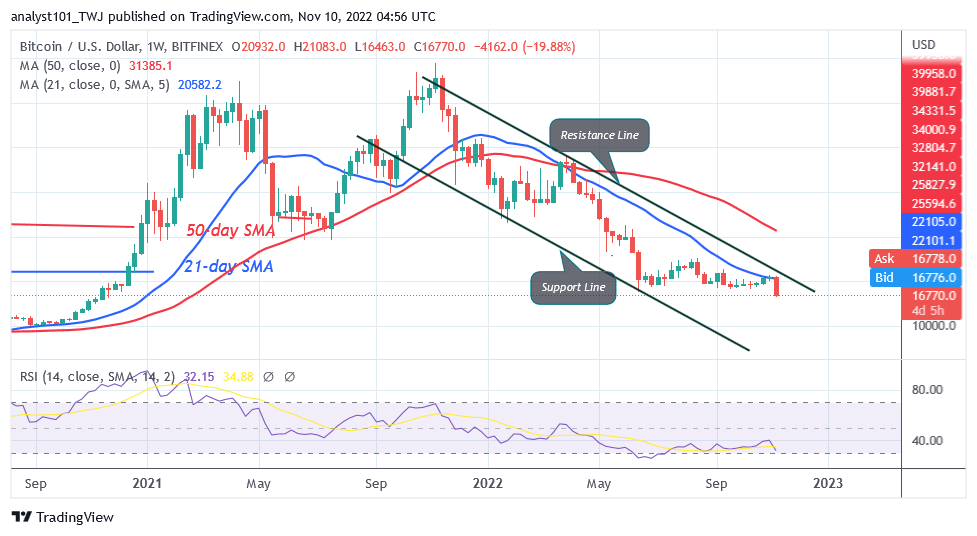 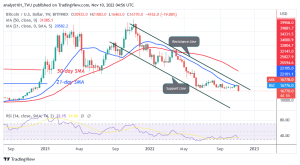 Bitcoin’s (BTC) price has entered a downturn after failing to maintain a position above the $21,473 resistance. BTC’s price plunged on November 8 and dropped from a high of $21, 473 to a low of $16, 231. As the crypto could continue to fall, the downturn has not abated. Beyond the price decline that began on June 18 and saw Bitcoin fall to a low of $17,605, the slide has continued. The biggest cryptocurrency may experience another negative slide to a low of $15,500. If the BTC price retraces and maintains above the $15,500 support, the bulls will purchase the dips on the upside. The price indications are continuing to suggest a bearish trend. In summary, Bitcoin will continue to fall as it is at level 32 on the Relative Strength Index period 14.

Marathon Digital Holdings, a company that specializes in mining Bitcoin (BTC), is now thought to be the second-largest publicly traded corporation in terms of Bitcoin holdings. According to unnamed third-party data, Marathon Digital CEO Fred Thiel stated during the company’s third-quarter earnings call on November 8 that the company currently holds 11,300 BTC, worth about $205 million at the time of writing, “making Marathon the second largest holder of Bitcoin among publicly traded companies worldwide.” The Nasdaq-listed cryptocurrency miner is rated second only to MicroStrategy Inc., which has almost 130,000 BTC, in CoinGecko’s rankings. Coinbase, a cryptocurrency exchange, and Block Inc., a payments business created by Jack Dorsey, come after it. On Nov. 8, the firm released its third-quarter earnings, indicating that the quarter saw 616 BTC added to its holdings, with another 615 BTC added in October alone, the most productive month in company history.

The price of Bitcoin (BTC) is rising after a recent meltdown as BTC price plunges to $16.4K. After a downward correction on September 21st, the price of BTC challenged the 61.8% Fibonacci retracement level with a candle body. According to the adjustment, BTC will drop to level 1.618 of the Fibonacci extension, or $15,503.83. Given that Bitcoin is trading below the daily Stochastic’s level 20, the current slide has hit bearish fatigue.

The ability to engage in investing in projects at their inception is one of the key advantages of using Dash 2 Trade. The D2T token presale was successful in raising about $6 million. 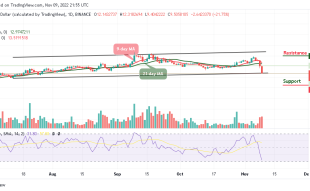