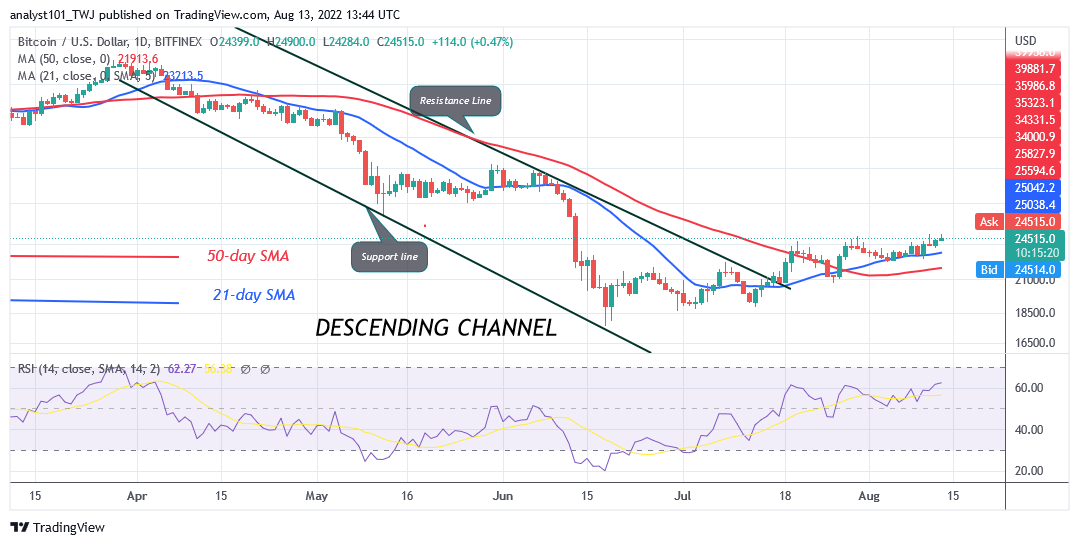 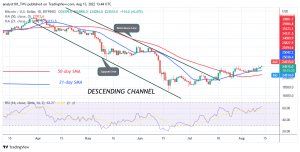 On August 11, BTC/USD survived the selling pressure as Bitcoin declined and held above the $23,861 support. The selling pressure could have continued if the bears have broken below the 21-day line SMA. Nonetheless, Bitcoin has regained bullish momentum to resume a fresh uptrend. The bottom line is that the bulls will have to break above the previous high of $24,900 and sustain the bullish momentum above the $25,000 support.

This will indicate that the bears have been overpowered as Bitcoin resumes its upward move. The largest cryptocurrency will now rise to the highs of $28,000 and $32,000 price levels. The bullish scenario will be invalidated if Bitcoin turns from the overhead resistance, declines, and break below the 20-day line SMA. Bitcoin will find support above the moving average lines or revisit the previous low at $20,724 price levels.

Since June and July, Bitcoin and Ether prices are moving upward which has coincided with mining companies’ stock prices which have almost double. According to reports, crypto assets including BTC and ETH are gaining 18.0% and 67.8%, respectively. The following are crypto mining companies that have seen their stock prices rising. For instance, crypto mining companies like Marathon Digital Holdings at 124.12%, Core Scientific at 110.39%, Hut 8 at 98.95%, and Riot Blockchain at 96.69% have seen their stock prices rocketing upward over the last 30-days as per the data from Yahoo Finance.

Meanwhile, today Bitcoin bulls have failed to breach the $24,000 overhead resistance as it struggles to sustain above $24.9K High. The crypto has retraced above the $24,000 support for a possible upward move. The crypto’s price is at level 61 of the Relative Strength Index for Period 14. It indicates that Bitcoin is in the bullish trend zone and may further rise. 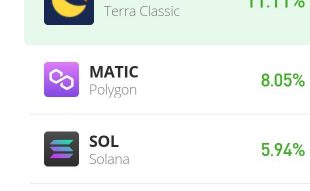