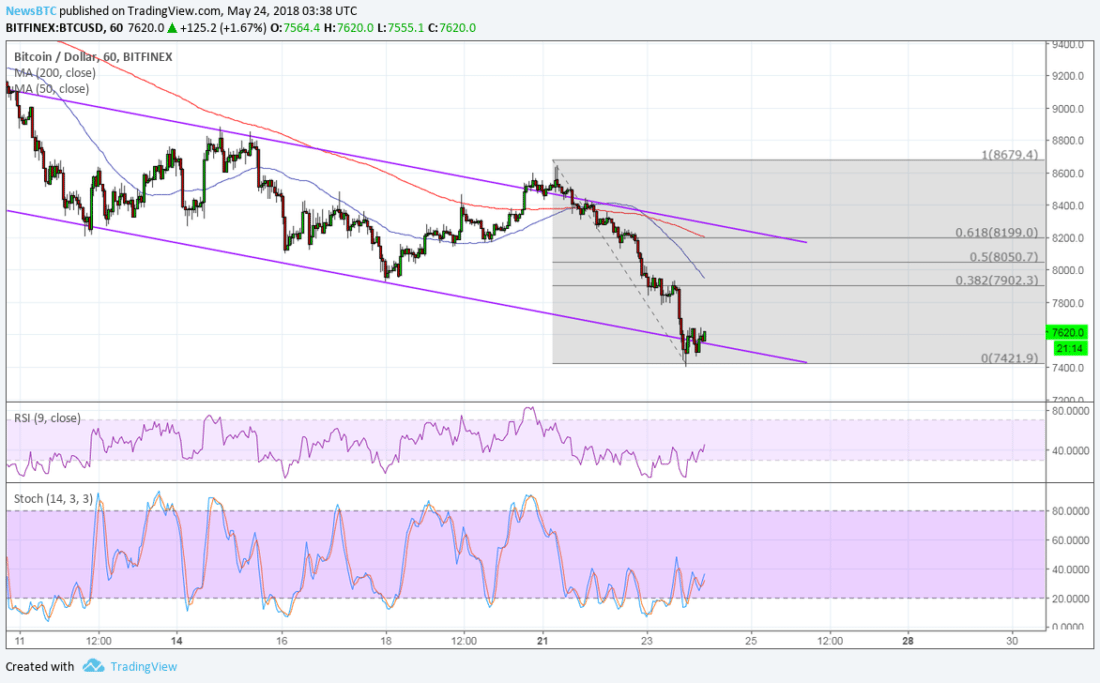 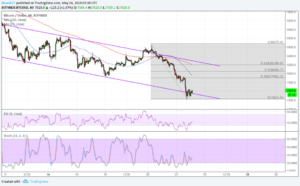 Bitcoin price continues to trend lower but is currently testing short-term support. A bullish divergence can be seen on stochastic, signaling a possible bounce back to the top. The Fibonacci retracement tool shows the nearby upside targets.

Bitcoin price could be due for a bounce off the channel support back to the nearby Fibonacci retracement levels.

The 100 SMA is below the longer-term 200 SMA to indicate that the path of least resistance is to the downside. The gap between the moving averages is also widening to reflect strengthening bearish pressure. This signals that a break of support is still plausible.

However, RSI is already indicating oversold conditions and may be ready to pull up. In that case, bitcoin price could retreat to the 38.2% Fib near the mid-channel area of interest around $7,900 or the 50% level at the 100 SMA dynamic inflection point. The 200 SMA lines up with the highest Fib at the $8,200 level and the channel resistance.

Stochastic has formed slightly higher lows while price made lower lows, creating a bullish divergence. This is another strong signal for a possible bounce.

Bitcoin price continues to reel from profit-taking and the lack of positive industry updates. Even though the dollar lost some ground to its peers after the release of the FOMC meeting minutes for May, BTC/USD has carried on with the drop, presumably from negative remarks by Fed official Kashkari earlier on.

In addition, another report by the Fed signaled that bitcoin has a hypothetical value of just $1,800. Joost van der Burgt of the Federal Reserve of San Francisco wrote: