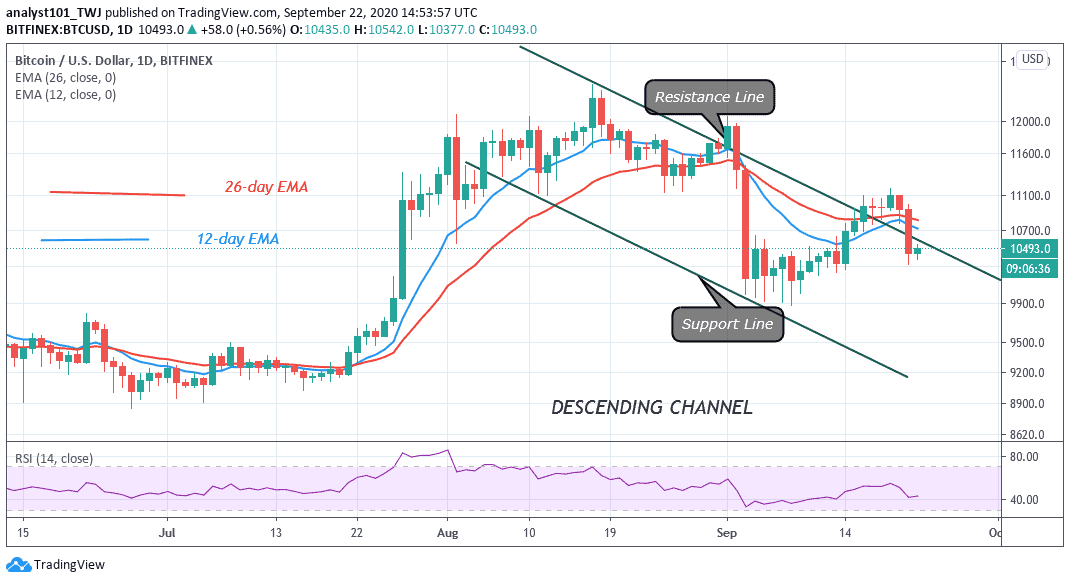 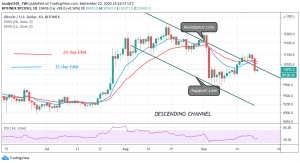 Bitcoin (BTC) Price Prediction – September 22, 2020
Since 24 hours ago, Bitcoin fell to the support at $10,321 and resumed consolidation above it. The king coin fluctuates between $10,300 and $10,500. After the breakdown, BTC is trading marginally above the current support.

On September 13, BTC rebounded above $10,200 as the price rally to $11,000 and $11,200. However, buyers could not sustain the upward move as the coin was repelled. The $11,000 and $11,200 are now strong resistances for BTC to overcome before attempting to resume the upside momentum and retest the $12,000 resistance. Buyers must break these resistances and reclaim them as support levels. Nevertheless, after BTC was repelled at the resistance, the price fell to $10.800 support.

After a retest at the $10,900 high, the downtrend resumed. The bears broke the $10,800 support again and plunged to a $10,300 low. As the market fell sharply to the previous lows there was no price rebound, rather BTC was trading marginally. However, BTC upward move may take some time as price fails to rebound at the recent lows. Nevertheless, the coin will have another chance as the bears will like to push BTC to the $10,000 or $9,800 lows. At that level, a strong bounce above those levels will signal the resumption of the uptrend.

Bitcoin Is Better Than Gold, Says Tyler Winklevoss
Tyler Winklevoss is the co-founder of the Gemini crypto exchange. According to him, for over a decade Bitcoin has risen dramatically in price, surpassing numerous landmarks and price comparisons. Many have advocated that Bitcoin should be a store of value other than a transactional currency. In his social media post, Winklevoss added a chart putting Bitcoin and Gold against each other. Gold has a market cap of $9 trillion, while BTC has a market cap of $200 billion. Bitcoin took the win for scarcity, durability, portability, divisibility, storage, and counterfeit difficulty. In 2020, BTC has also recently gained further attention as a store of value in popular public opinion.

Nonetheless, in the meantime, Bitcoin is trading above $10,300. According to the Fibonacci tool, a retraced candle body tested the 78.6% Fibonacci retracement level on September 3 downtrend. This indicates that BTC will fall and reach a low of 1.272 Fibonacci extension level. At the 1.272 extension, the coin will initiate a reversal and return to the 78.6% retracement level where it originated. 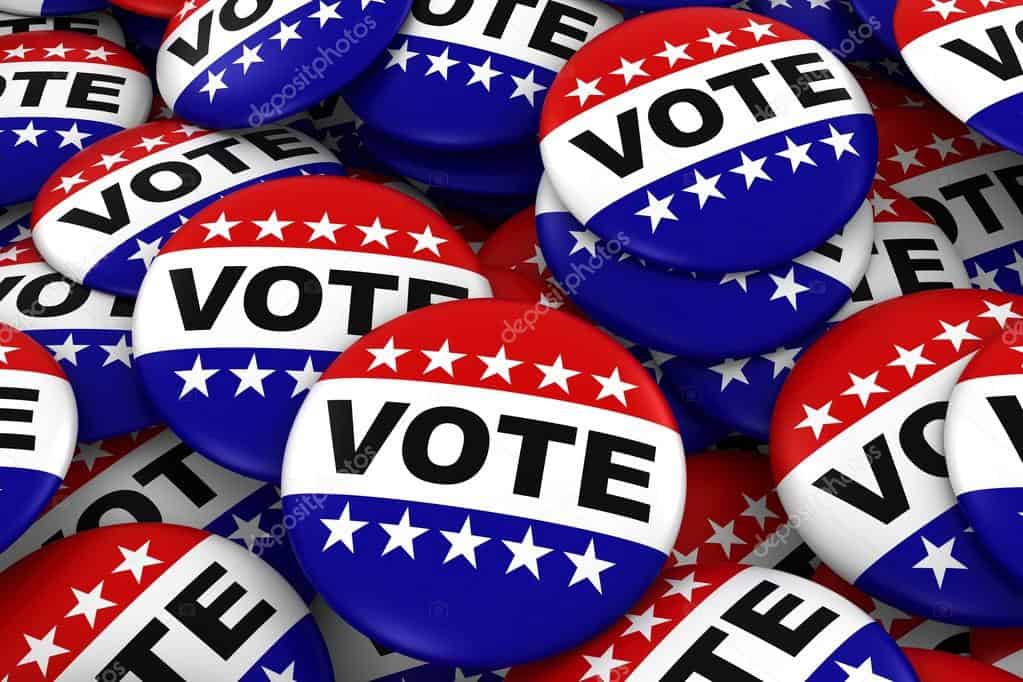 Bitcoin’s prominent role in politics is coming to the limelight once more as a ...