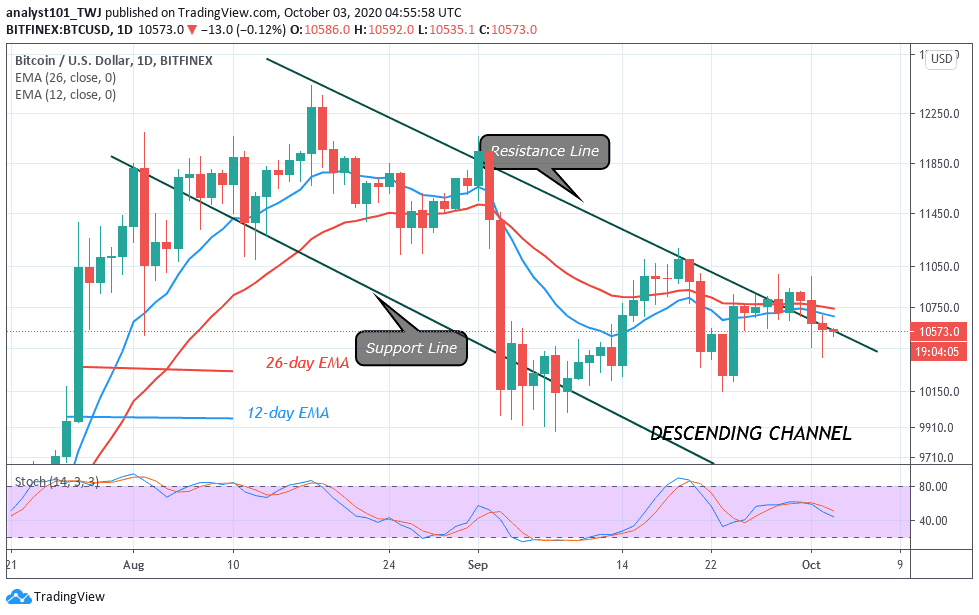 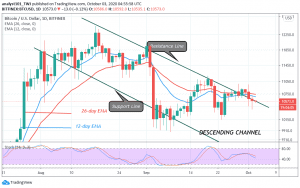 Bitcoin (BTC) Price Prediction – October 3, 2020
Bitcoin (BTC) trades marginally after October 1 breakdown. The downtrend will continue if it fails to break above the $10,700 resistance. BTC/USD price is still fluctuating above the $10,500 support.

For the past few days, the focus of Bitcoin was the breaking of the $11,000 resistance. Earlier on BTC has rebounded above $10,200 and came close to breaking the resistance twice. The first attempt was on September 28 when buyers pushed the price to a high of $10,986. This was repelled as the coin fell to the support above $10,700.

The second attempt was on October 1, where the bulls were overwhelmed at the high of $10.975. The coin declined sharply to a low above $10,300. Bitcoin bulls fail to achieve a breakout at the $11,000 high because of the overwhelming presence of bears at the resistance level. Today, BTC is trading at $10,566 at the time of writing. The selling pressure is likely to continue if price makes a retest at the $10,600 resistance zone.

In a separate development, the Commodity Futures Trading Commission made pay back $7.4 million to investors and at the same time making a commitment to protect the Bitcoin market. According to reports, Jon Barry Thomson was pleaded guilty to defrauding two investors who sent him over $7 million for a Bitcoin investment scheme that never materialized. 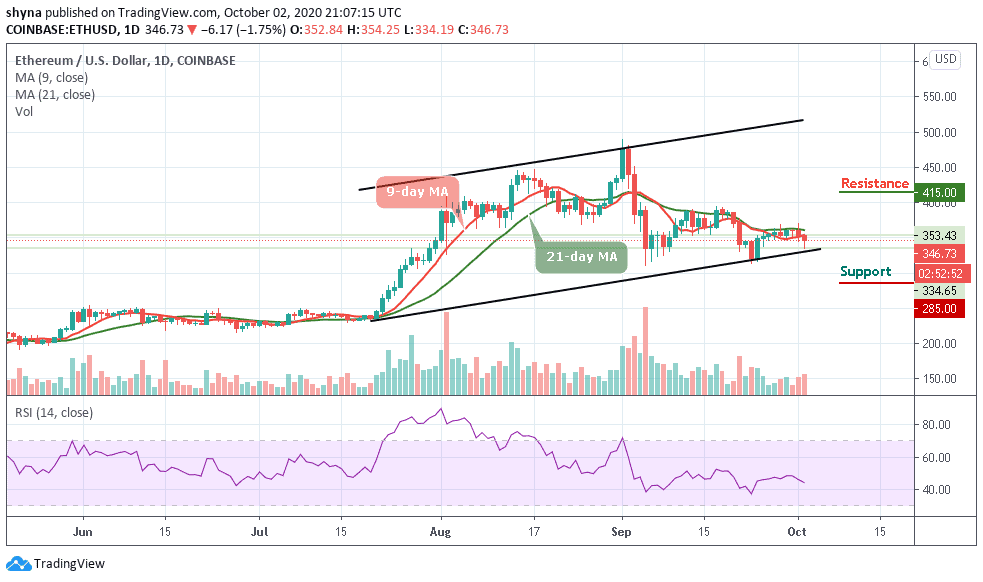 Ethereum Price Prediction: Is ETH/USD Ready To Fall Below $330 One More Time?