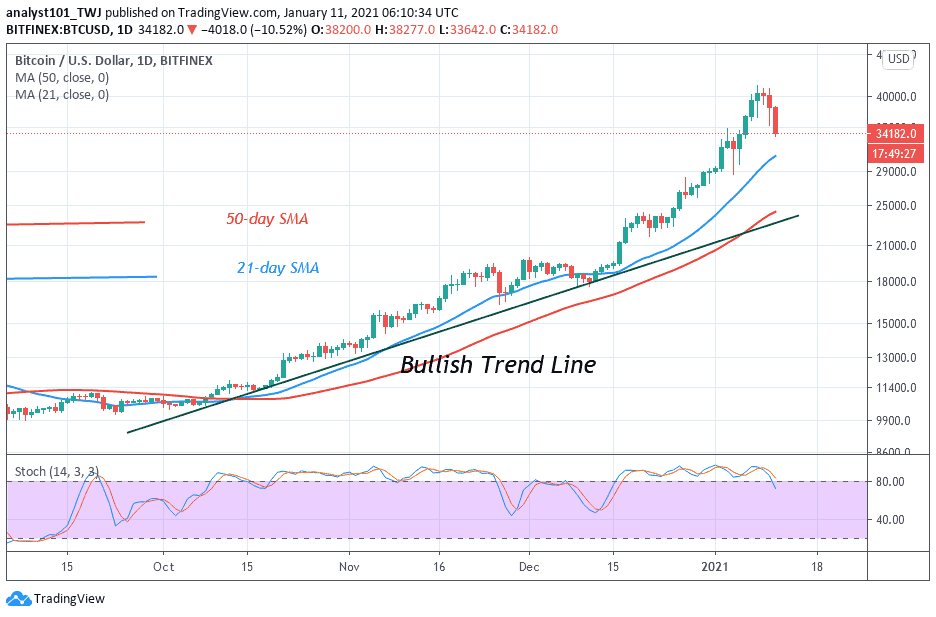 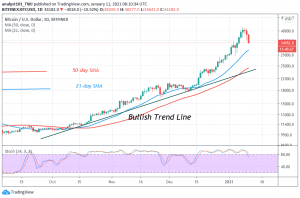 Bitcoin Is Insurance against Uncertainty, by Chamath Palihapitiya
Bitcoin is not an asset tied to governmental control or authority. According to venture capitalist and billionaire, “Bitcoin is a hedge against global uncertainty”. He told CNBC in an interview that Bitcoin will reach $200,000 in the next five or ten year’s time horizon. He said: “The reason is that every time you see all of this stuff happening, it just reminds you that wow our leaders are not as trustworthy and reliable as they used to be”. “So just in case, only do need to have some kind of, you know; insurance we can keep under our pillow that gives us some access to an uncorrelated hedge.”

Nevertheless, Bitcoin has fallen to a 32,800 low and resumed upward. The upward move will resume if the current support holds. On January 10 downtrend; a retraced candle body tested the 50% Fibonacci retracement level. This implies that the coin will fall to level 2.0 Fibonacci extensions. That is, Bitcoin will reach a low of $29,480.20. However, the BTC price has dropped to $32,800 and resumed upward. 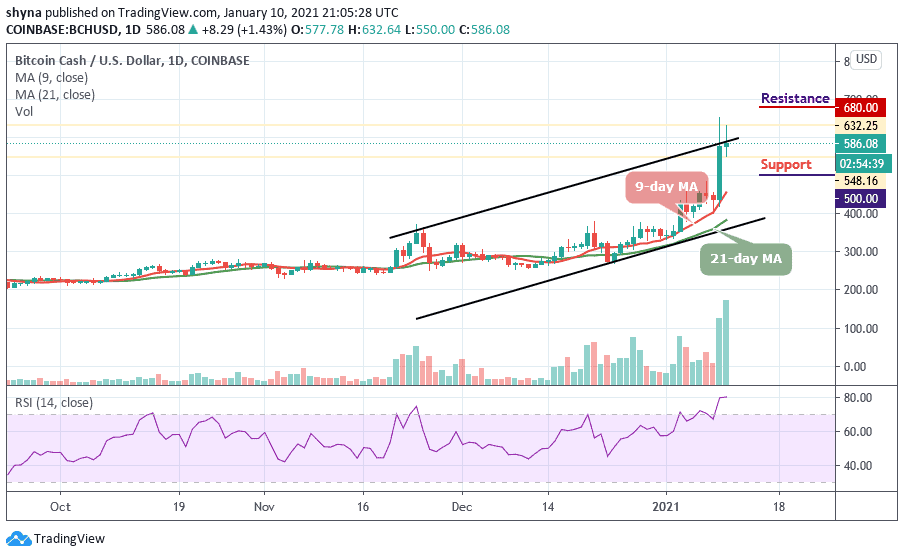 BCH Price Prediction – January 10 The BCH price is riding on the bulls ...