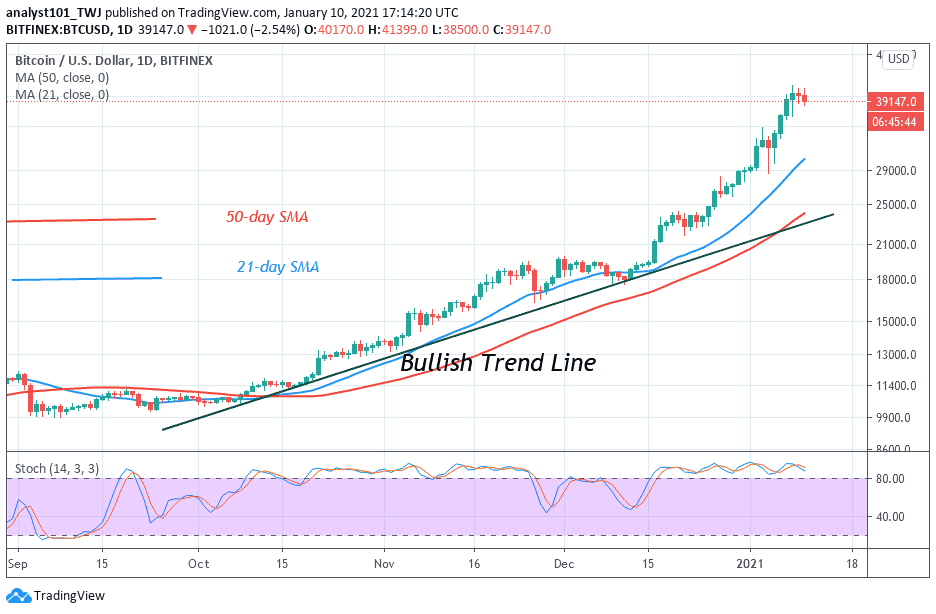 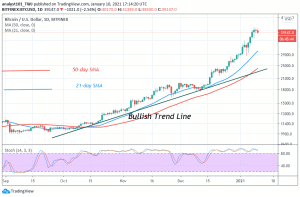 Bitcoin (BTC) Price Prediction – January 10, 2021
As of today, BTC/USD  price has been consolidating above the $38,000 support level. The bulls have attempted to push BTC above the $42,000 resistance but faced rejection. The crypto is now fluctuating below the $41,000 resistance. Bitcoin price movement has been confined between $38,000 and $41,000.

Bitcoin Is Set to Explode as Biden Prepares $3 Trillion Stimulus
According to Axios, an Arlington based news outlet reports that Joe Biden has requested Congress to provide Americans with $2,000 in stimulus payments. The amount is to alleviate the economic devastation of Covid-19. The incoming president has also proposed a $3 trillion tax and infrastructure package as part of his “Build Back Better” program. This fiscal stimulus plan could send the BTC price rocketing higher again. In other words, the Biden administration’s plan to flood the U.S. economy with trillions of dollars could ignite the next leg of Bitcoin’s bull market. With this plan, more investors will seek refuge from a crumbling United States dollar.

Meanwhile, Bitcoin has fallen after failing to breach the $42,000 resistance. The coin has fallen to $39,261 low. On January 8 uptrend; a retraced candle body tested the 78.6% Fibonacci retracement level. This implies that the coin will rise and reverse at level 1.272 Fibonacci extensions. That is, Bitcoin will reach a high of $45,320.60 but will reverse. The reversal will not be immediate.