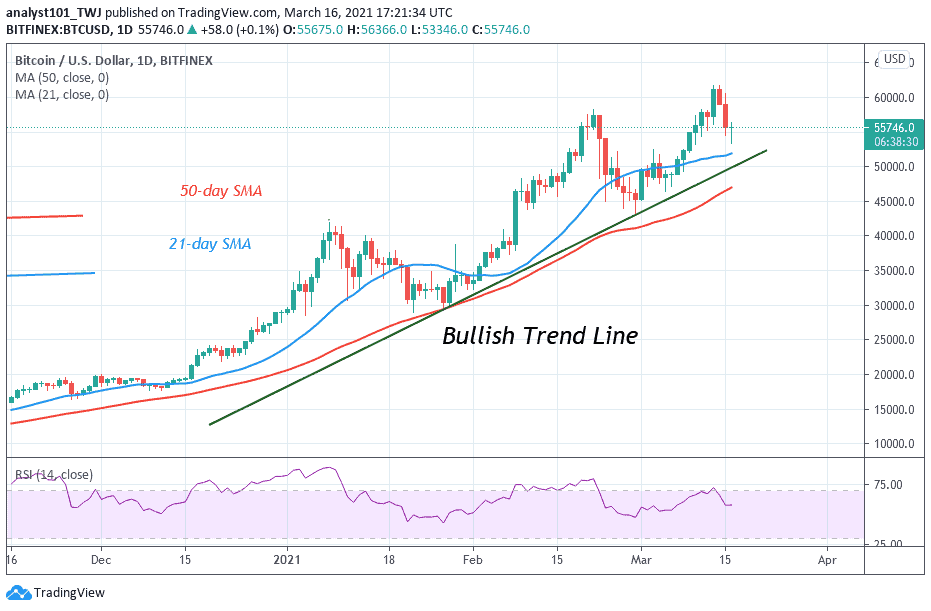 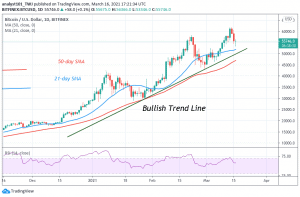 From every indication, the bullish scenario will have to be repeated for the resumption of the uptrend. As the bears pushed the BTC price to $54,000 low, the bulls have an uphill task to sustain the bullish momentum above the $58,000 high. Once the BTC price is above the $58,000 high, a rally to $60,000 is likely. As soon as Bitcoin recovers the psychological price level, the next target price will be the $75,000 price level. However, if the bulls fail to sustain above the $58,000 high, it indicates that sellers are defending the higher price levels. Also, it means that Bitcoin will continue the downward correction. Meanwhile, BTC is trading at $55,991 at the time of writing.

Bitcoin Is Now Worth More Than Visa and MasterCard Combined
Bitcoin (BTC) is worth more than the world’s three biggest banks combined by market capitalization, data confirms. Bitcoin’s market capitalization was roughly $1.15 trillion. The combined market cap of JPMorgan Chase, Bank of America, and the Industrial and Commercial Bank of China is $1.08 trillion. The biggest payment networks Visa and Mastercard, have a combined market cap of $871 billion, which is less than Bitcoin. Its ascent, others have noted, is impressive, Bitcoin went from zero to $1 trillion in network value 3.6 times faster than Microsoft.

Bitcoin price has fallen below $60.000 but there are indications of a fresh upward move. On February 21 uptrend; a retraced candle body tested the 61.8% Fibonacci retracement level. The retracement indicates that Bitcoin will rise to level 1.618 Fibonacci extensions or the high of $75,732.30. 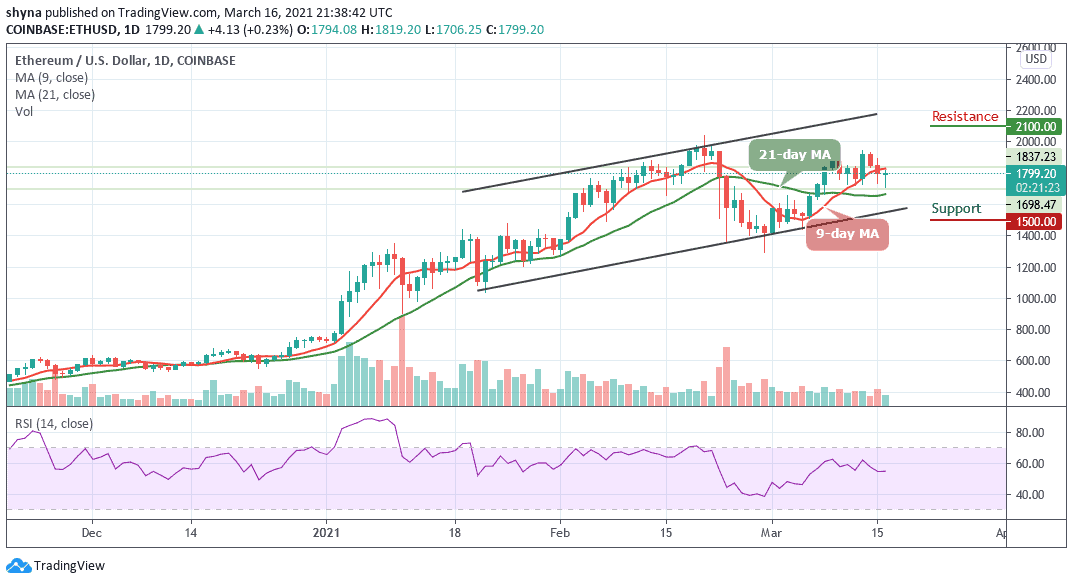