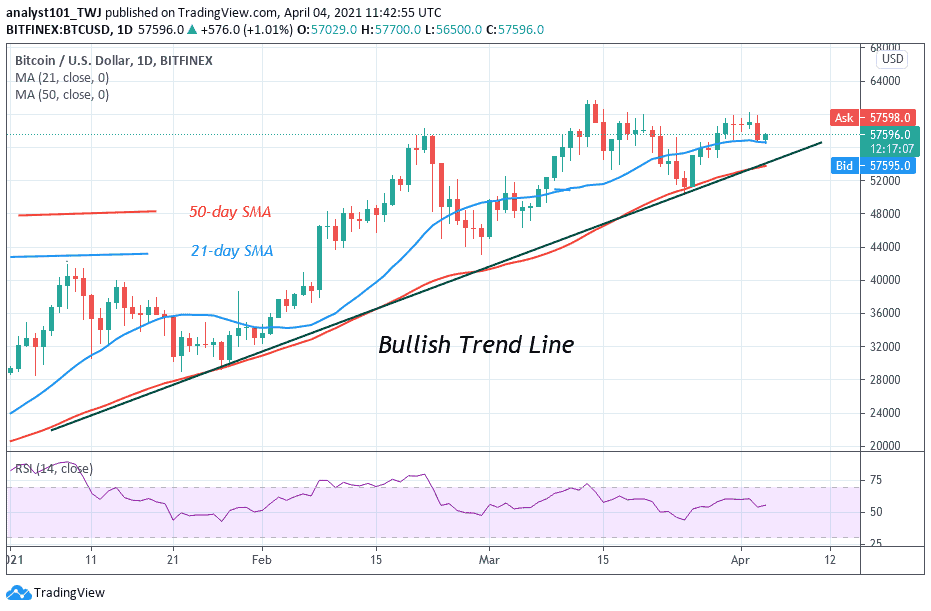 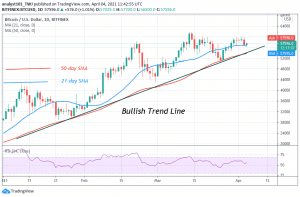 Bitcoin (BTC) Price Prediction – April 4, 2021
Bitcoin price has slumped to $56,872 low after the rejection from the high of $60,190.The bears have broken below a crucial support at $58,000. Nonetheless, the bulls have reclaimed the crucial support.  However, if the bulls defend the $58,000 support, buyers will continue to retest the $60,000 psychological price level.

New Bitcoin Regulations Are Underway by Jay Clayton
Jay Clayton is the former U.S. Securities and Exchange Commission chair. He has warned that Bitcoin has not been classified as security for a long time. He also indicated that its status as a non-security still does not defend it from the imposition of new regulations, which, he warned, could be coming soon. Former Chair Jay Clayton made another statement when he was the head of SEC: “Bitcoin was decided not to be security before the time I got to the SEC. Therefore, the SEC’s jurisdiction over Bitcoin was rather indirect.

Buyers have again pushed BTC price above the $58,000 support level. This is an indication that the $60,000 resistance is likely to be retested. The price indicator has indicated an upward movement of the coin. On April 1 uptrend, a retraced candle body tested the 78.6% Fibonacci retracement level. The retracement implies that Bitcoin will rise to level 1.272 Fibonacci extension or the high of $62,812.90. However, BTC price will reverse at the recent high to the 78.6% Fibonacci retracement level. 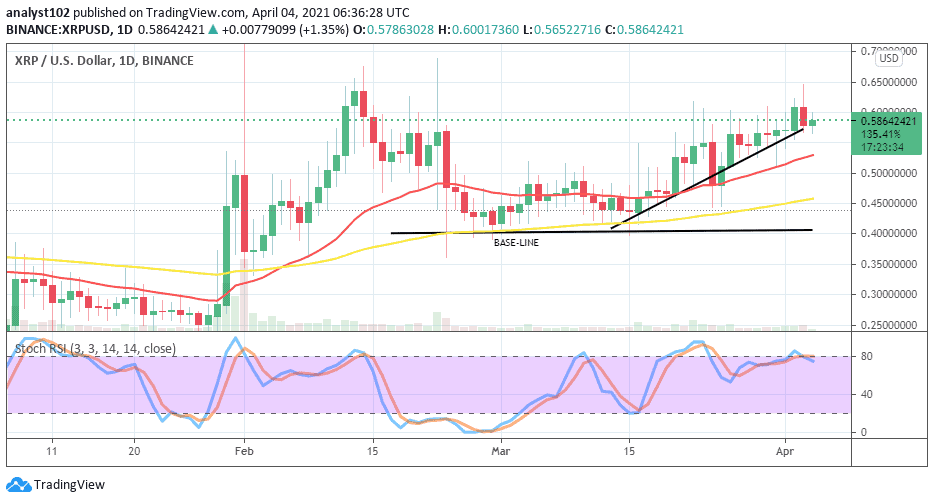 XRP Price Prediction – April 4The market worth of XRP/USD has in the long ...