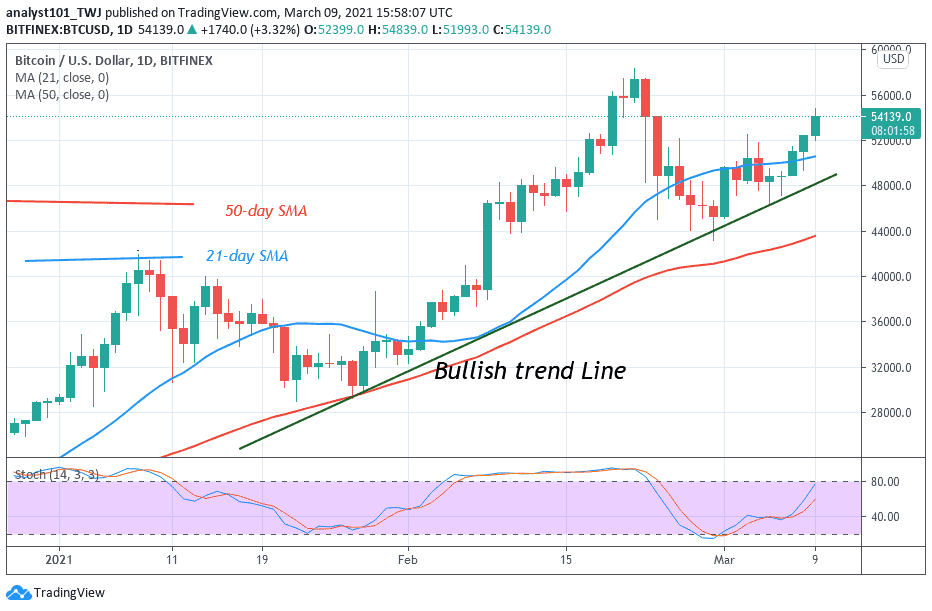 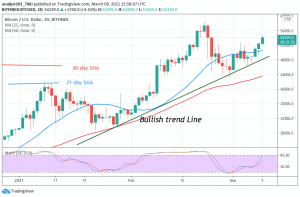 The bulls have had the upper hand over the bears as the $52,000 resistance was breached and price rallied to $54,800 high. By design, the market ought to continue to rise to retest the $58,000 overhead resistance. From the price action, the king coin is facing resistance at the $55,000 resistance zone. Buyers pushed BTC price to $55,000 resistance twice and were repelled. On each occasion, the market will fall to the $54,000 support. Presently, the BTC price is retracing from the resistance zone. A further upward move is doubtful because the daily stochastic has indicated that Bitcoin has reached the overbought region of the market. Perhaps, the uptrend will resume after a pullback to the recent support.

Bitcoin Overtakes Gold as a Store of Value, by Senior Bloomberg Strategist
Technically, or fundamentally, Bitcoin is growing at the expense of Gold. Mike McGlone is a senior commodity strategist at Bloomberg. He indicated the battle between the safe havens is beginning to favor Bitcoin, based on technical and fundamental indicators. He explained: “Gold will always have a place in jewelry and coin collections, but most indicators point to an accelerating pace of Bitcoin replacing the metal as a store of value in investor portfolios.” Nevertheless, one major advantage Bitcoin has is that it is gaining ground among institutional investors at the expense of gold. McGlone maintained that Bitcoin would eventually become the preferred haven of investors as the “digital gold” narrative continues to gain traction.

Bitcoin price has broken the $52,000 resistance level as the coin resumes upward move. On March 2 uptrend; a retraced candle body tested the 61.8% Fibonacci retracement level. The retracement indicates that Bitcoin will rise to level 1.618 Fibonacci extensions or the high of $54.407.60. From the price action, the market has reached the Fibonacci level. Bitcoin is presently facing rejection at the $55,000 resistance zone. 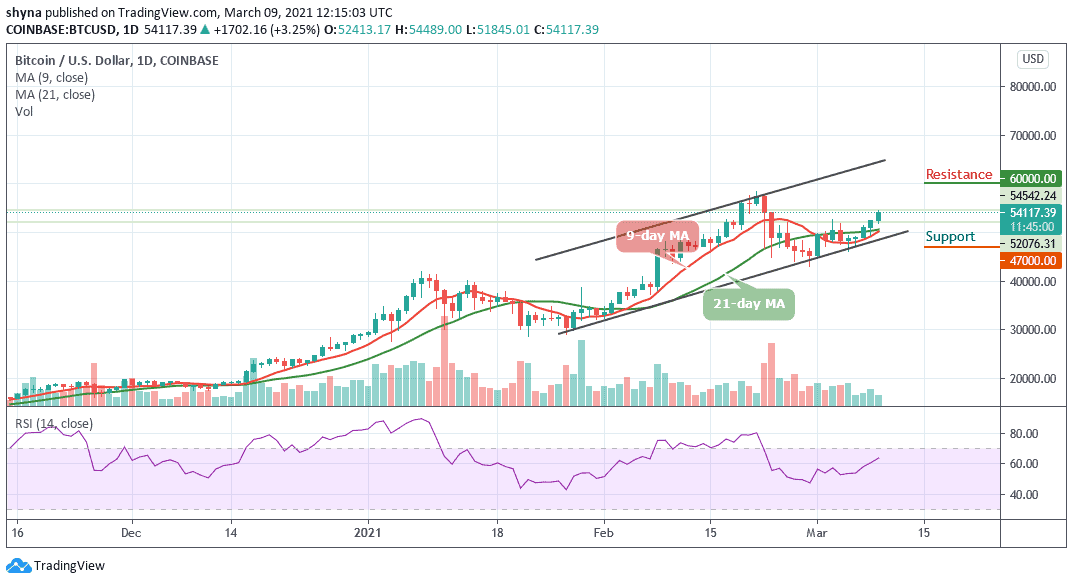 Bitcoin Price Prediction: BTC/USD Gets Ready For Another Uptrend; Price Shoots Near $55,000 Resistance