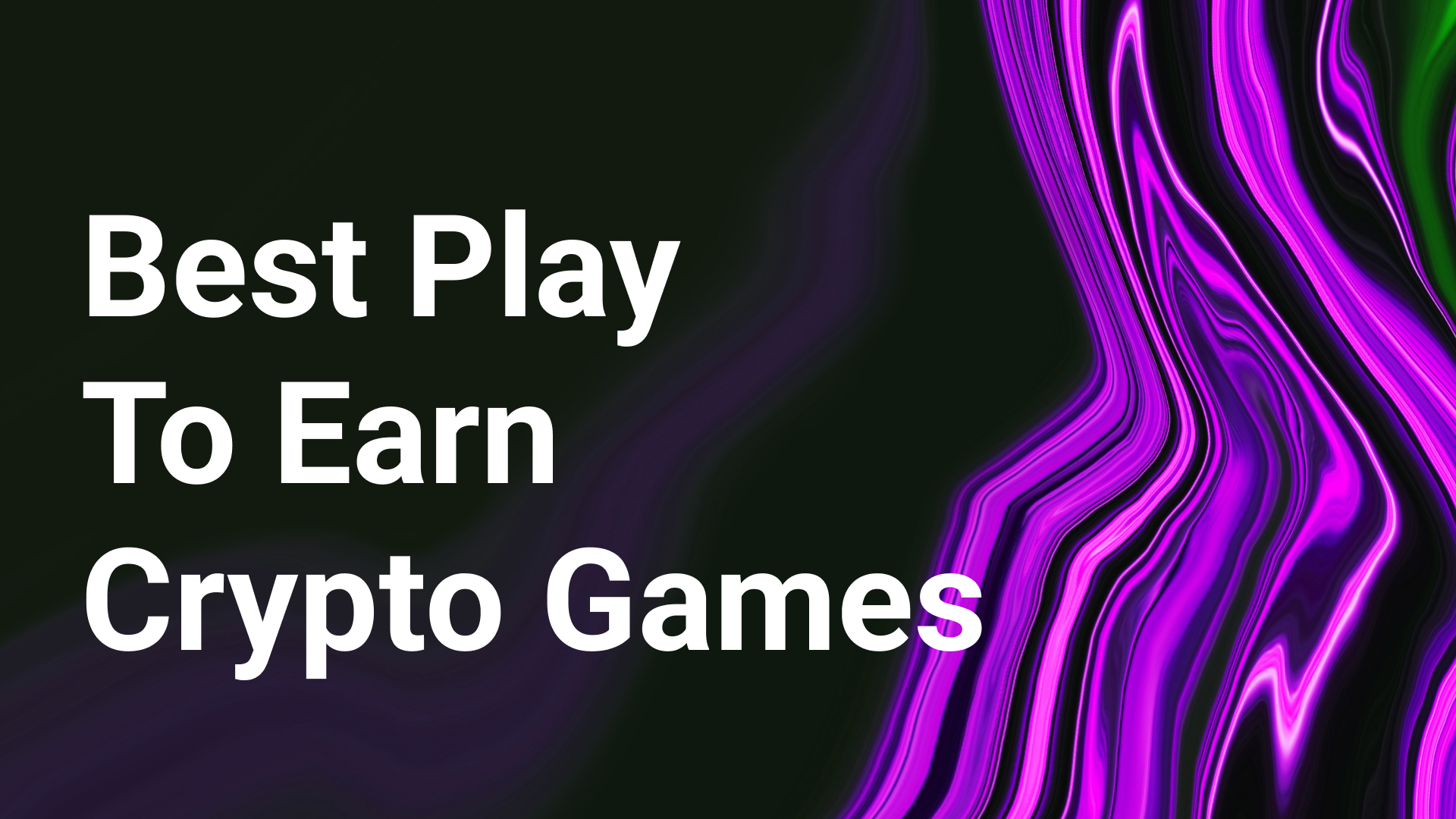 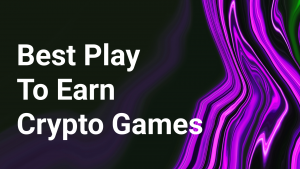 The Dawn of NFT Gaming
The most important thing that blockchain technology can do for the gaming world is allow players to truly own some of their in game assets. These items can exist as tokens written into a decentralized blockchain.

Also thanks to the blockchain, game developers can add incentives to their crypto games. These can be offered for players to hold their items, fight monsters, play the game regularly, or win matches.

Own Your Game Items
Rather than buying microtransactions that exist on some company’s database, with play to earn games you can actually own the items you play with, sell, or even collect them and let the gather dust in your crypto wallet.

The important thing is that these items are yours. That’s the power of blockchain technology. 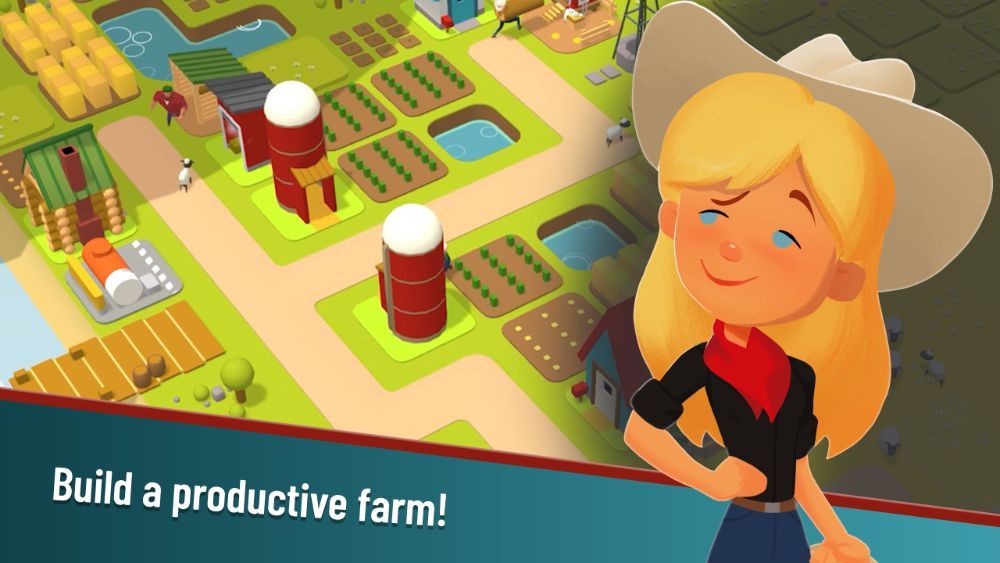 Town Star is a beautifully designed and relaxing farm simulator game. It’s got a competitive edge and lots of chances to win money for playing, even for free players.

Owning NFTs allows players to unlock daily earnings, provided they play with them in the game and also complete a daily challenge.

At first glance, it looks simple, but it ends up being an extraordinary strategic challenge.

Town Star is well known for its sudden competitive tournaments with huge prize money. In May of 2022, over $2 million was awarded to players across 4 competitions throughout the month.

This is one of the biggest play to earn crypto games out there. Players collect round little NFT virtual pets called Axies, then use them to either battle players, trade on the market, or make more Axies (breeding).

Many past players of Axie Infinity are concerned that the game has seen its peak come and go. The future is unclear for Axie, but they have big updates coming and they are currently playable.

Due to how established the game is, some may find it difficult to start playing Axie Infinity and actually compete.

Splinterlands has been around for years and is definitely one of the best play-to-earn crypto games. It’s a collectible card game in which every card is a limited supply digital asset.

Each card is like a small cap crypto coin, so they can be traded easily and the market can be played like a game of its own.

Gameplay is different from typical TCGs, in that the player’s job is to simply draft a small team of cards from their collection for a quick auto battle. It’s kind of like fantasy sports.

Players win in game currency and free crypto from every battle they win. The card game awards NFT game assets and Splintershards (Splinterlands’ native token) directly into a player’s crypto wallet from wins against other players, as well as for daily quests and season completions.

Between cards and several in game currencies, Splinterlands has a pretty complex economy, but your account also doubles as an address on the Hive blockchain, giving you access to a free to use crypto exchange as well as a handy crypto wallet. This is a big bonus, even among the best play to earn crypto games out there, and it lets you manage your digital assets easily while you earn crypto. 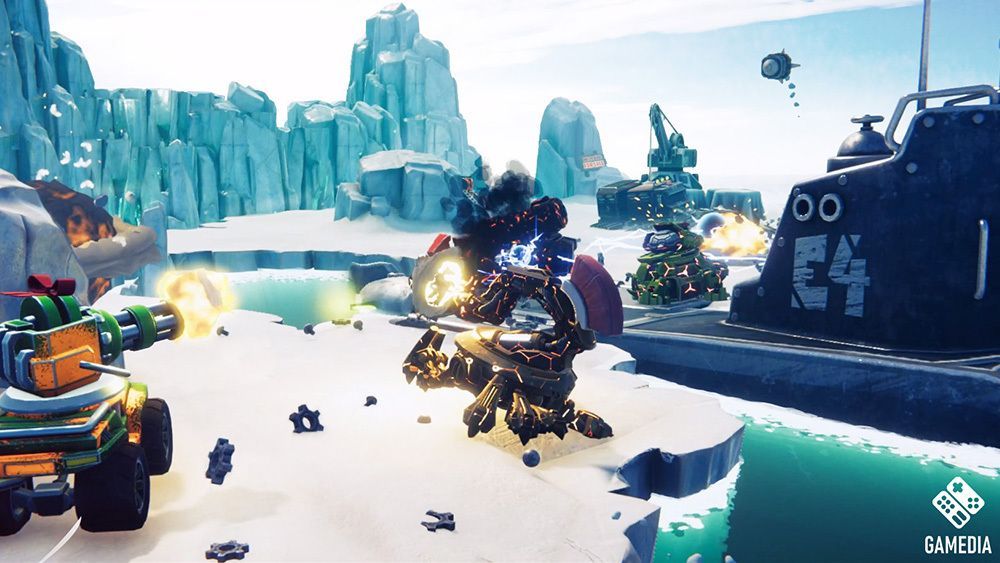 Blockchain games have barely begun to break into the world of professional esports, and Spider Tanks is one of the earliest examples of a Web3 PvP game with worldwide esports appeal.

This play to earn game is a classic arena battler, where a player controls a tank made up of several NFT components and battles against other players.

As you win matches, you can upgrade your in game items, which makes the actual NFT permanently improved.

Players will also receive in game cryptocurrency from each win during a daily distribution. The game is entirely free to play and players can rent Tanks from other players through the Pilot Program. 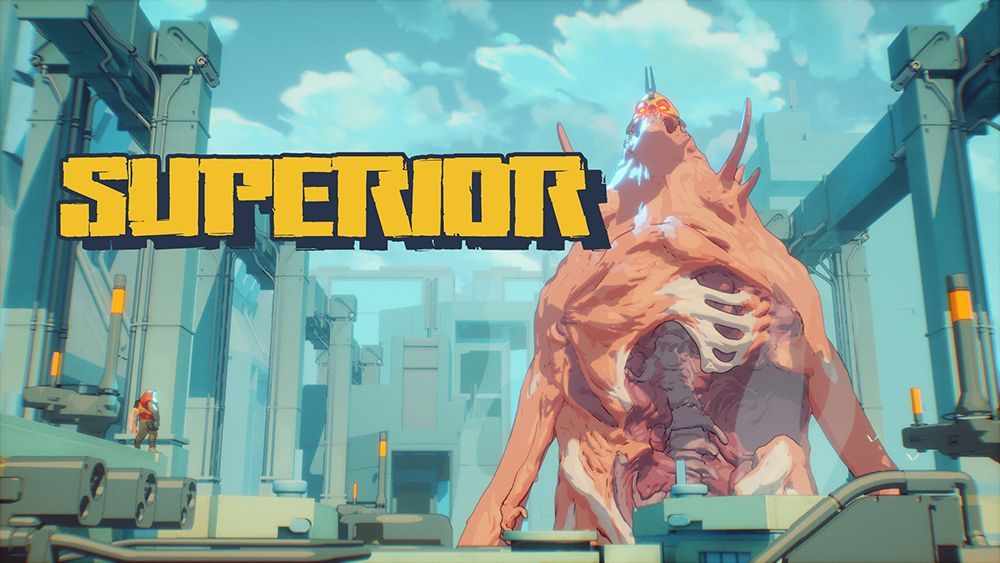 Superior has potential to be one of the best play to earn games crypto has seen.

The game uses the popular premise that the superheroes are now mad with power and they must be stopped. It’s a fast-paced roguelite that will allow players to own both their characters and weapons as NFTs.

The game is mission based, with groups of three trying to play through the story and destroy the superheroes.

Each run you play until you simply can’t go anymore. After that, your character gains XP and you grab another squad and head in again!

The virtual world of Superior is really engaging. The gameplay and art feel like something you’d see out of a major AAA game studio rather than a play to earn crypto game.

Gods Unchained is a really well-known game in the newly established crypto gaming community. The TCG is certainly one of the best free play to earn crypto games, allowing new players to start playing and collecting NFT cards for no up front cost.

Alien Worlds is a game on the WAX blockchain that allows players to use NFT equipment and characters to mine resources on various planets in the Alien Worlds Universe.

Alien Worlds is– like the name implies– designed to be a massive virtual universe where players can explore different worlds and encounter strange creatures.

Players can explore new land plots, complete quests and collect resources as well as earn NFTs. While this all sounds amazing, the game isn’t quite as expansive as some massive world conventional games yet.

This is really exciting to see, because it brings the beloved genre of Clash of Clans and Age of Empires home where it belongs: To Web3.

As a landowners, you could even let a free player borrow some of your land for a share in the rewards they generate.

Players will defend their base while also building up an army to overtake their neighbors. Numerous units and buildings are available to customize your defenses with walls and towers. 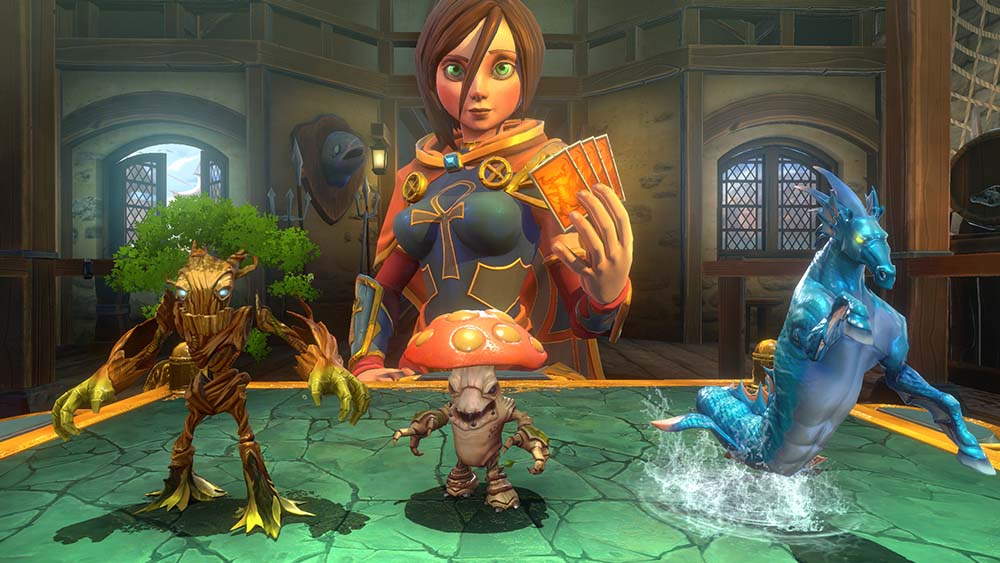 Here’s a newer crypto trading card game unlike either of the others that are discussed in this list. Legends Reborn has a strong focus on deck-building strategy, but the fictional venue where the card game takes place is also an NFT that can be owned.

And you guessed it, the owner of the land will earn tokens from every match that takes place in their venue.

There are infinite possibilities when it comes to creating a crypto card game that can compete with the best crypto games play to earn.

This game was built as a spinoff of another popular crypto game, Town Star.

The game really was just a one off as a proof of concept for newly developed blockchain technology. Players loved it so much though, it was beefed up to be released as a full standalone title.

Addictive, super fun, and one of the most straightforward earn crypto games out there. Can’t go wrong with this upcoming play to earn game. 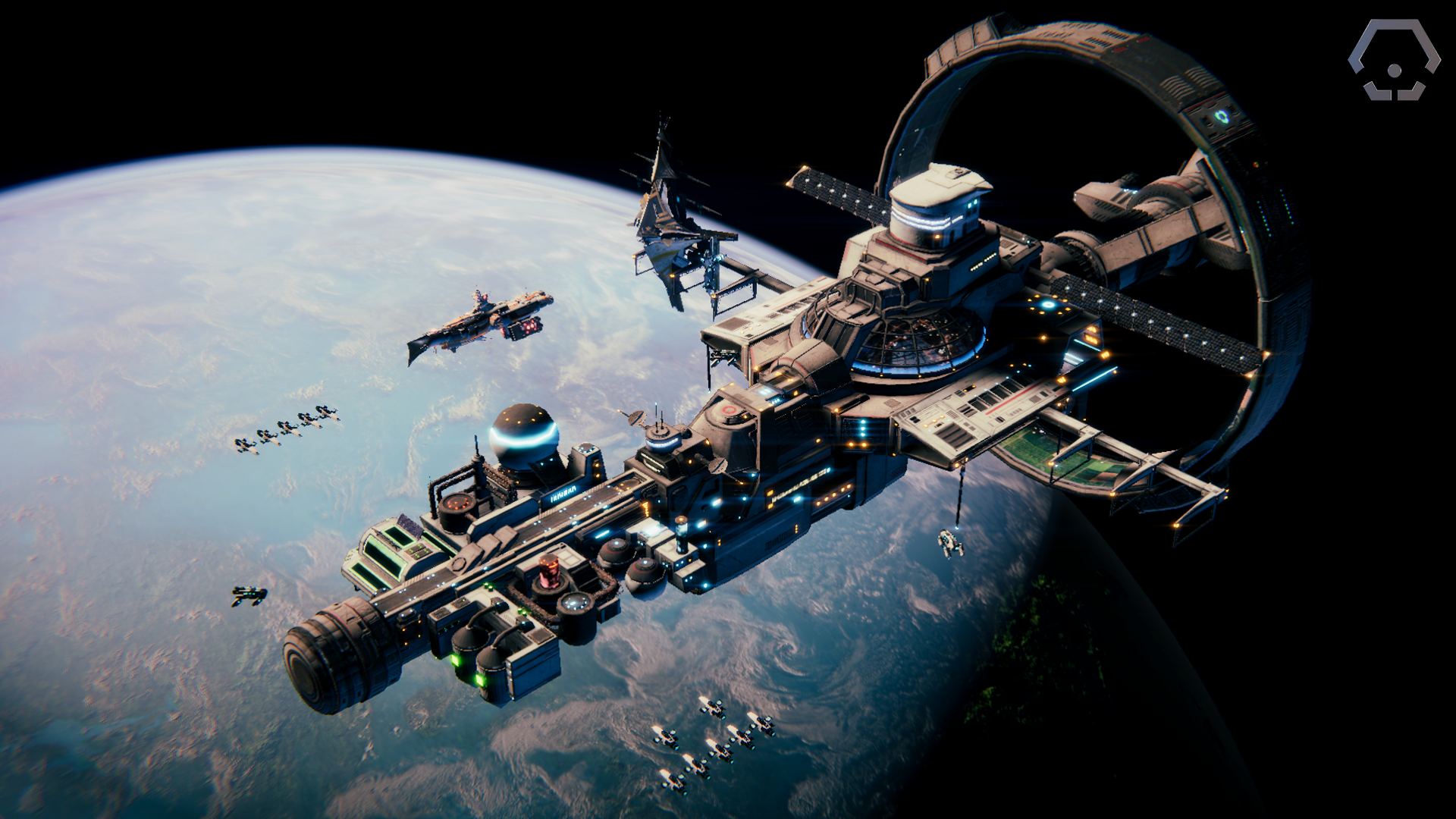 Space games seem to have a special place in the hearts of crypto gamers and have been the hottest trend in the past few years.

Picture a vast galaxy torn by recent war, and a few factions are grappling for galactic control and power. As a player, you are a noble fence-sitter from the outer edges of the galaxy. You must choose where your allegiances lie, then try to survive and thrive.

It’s a 4x adventure space game, where you’ll own things like your planets, your ships, your fleets and bases.

There have been some early playtests– and even some chances for players to buy land.

Some game devs are taking the leap to Web3 as an opportunity to play around and create new hybrid genres of games, and that’s pretty cool.

The game takes place in an endlessly repeating 60-day time loop, where every player fights for control of the Ring of Ruin, a mysterious monument at the world’s center.

Characters are called Mercenaries, and they are owned as NFTs. They can be customized and upgraded as they grow, creating a world of endless possibilities that never repeats.

Getting Tougher to Keep Up
So what are the best play to earn crypto games? With so many new quality projects beginning development and so many others reaching fruition at the same time, it’s nearly impossible to say.

For these first few years of crypto and play to earn gaming, the games have been crypto first. Now we’re ready to enter the games first phase of the transition.

After a few years in this phase, you won’t be able to tell the difference between a “blockchain game” and a “conventional game.”

All successful games in the world will have implemented player ownership on some level. Play to earn crypto games are the future of the gaming industry.

The Gaming World of Tomorrow

You’re part of a massive transition in technology. Like most technology, this is designed to enrich lives.

Fortunately, this time it will enrich your life. As a gamer, your time has come.

Gaming doesn’t have to be a waste of your time, a pastime or a hobby. We’re beginning to create a future together where we can better our lives as we play games.

In the end, that doesn’t only bring more abundance into our lives. It lets us smile more, breathe deeper and live life to the fullest. Welcome to Web3! 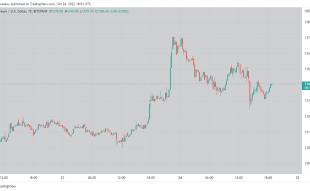 Join Our Telegram channel to stay up to date on breaking news coverage Ethereum’s ...