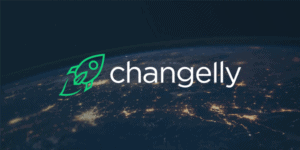 Aspire Technology, the self-described “developer of digital asset creation technologies,” has revealed that its tokens, ASP and GASP, are on the Changelly cryptocurrency exchange, according to a press release from the group.

It has also been listed on HitBTC, an additional popular cryptocurrency exchange, the release notes.

Speaking on the matter is Jim Blasko, the Founder and CEO of Aspire, said:

“We’re pleased to introduce Aspire to Changelly users, making it easier than ever to buy GASP and ASP. Our latest exchange listing shows how quickly Aspire is gaining traction, and we are excited for what is to come.”

“The Aspire platform, which consists of the Aspire (ASP) digital asset creation platform and Aspire Gas (GASP) blockchain, is the first digital asset creation platform to be free of double spending, resisting both mining exploits and 51 percent attacks that are common to proof-of-work blockchains. By improving upon legacy Counterparty open-source code and grafting in automated checkpoints and mining difficulty mechanisms, Aspire is immune to takeovers or mining exploits that have caused many other blockchains to lose funds or collapse entirely.”

The group recently had a “closing of both a $1.175 million equity round and a $1.23 million private token presale for a total of more than $2.4 million of new capital,” the release notes as well.

KuCoin’s CEO Johnny Lyu has announced the recovery of a significant portion of cryptocurrencies ...