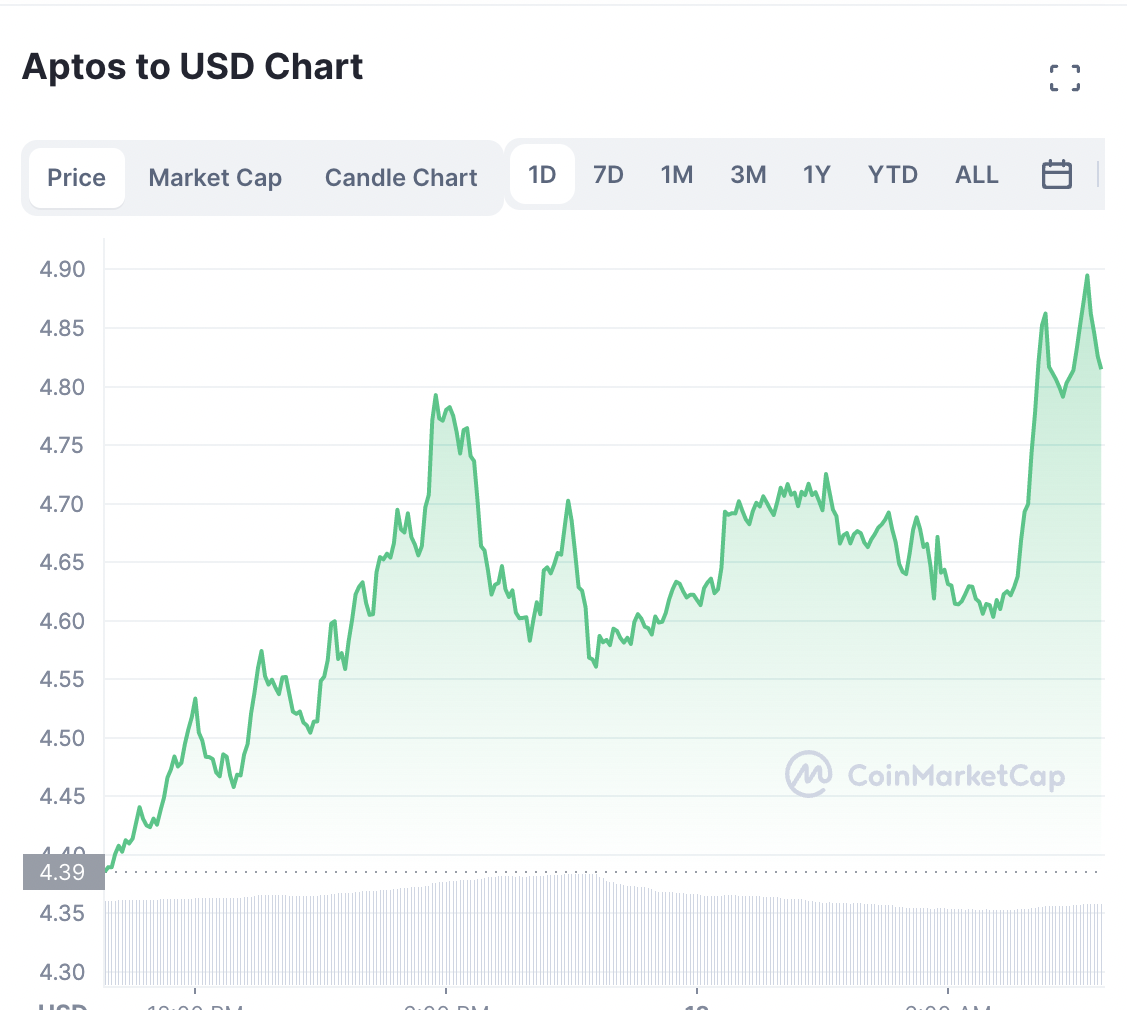 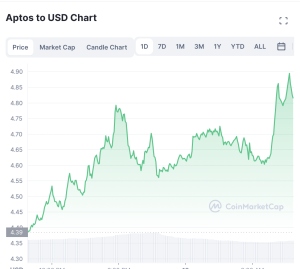 As we come across new stories and find how deep the FTX-debacle rabbit hole goes, we are also witnessing the values of crypto assets sinking deeper. Bitcoin is still struggling to overcome the $17k mark, and the entire market is following suit. Thankfully, among all this bearish gloom, some cryptocurrencies are trying to make a comeback, and APT is one of them. The latest details on CoinMarketCap show that the APT price has soared by 10%. Is it time to believe that the Aptos market has established an uptrend? Or is it just another fluke, and we must wait longer?

APT Price Shows a Rising Trend – What is the Reason?

The APT price chart of the day shows the cost of this token increasing from $4.39 to $4.8. After a plunge to #3.6 triggered a relief rally by Aptos supporters, the cryptocurrency retraced again to $3.6. This dip, once again, triggered a bullish reaction from APt enthusiasts, leading to the creation of a massive green candle. 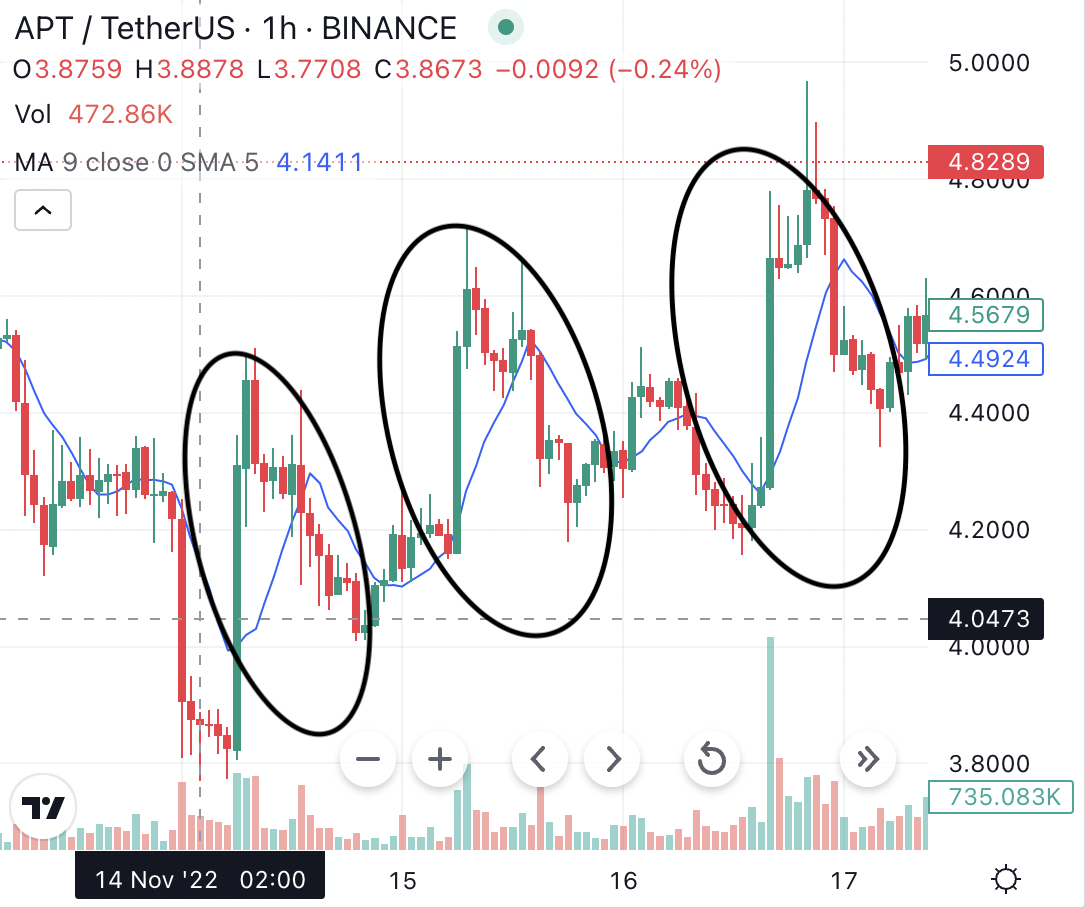 The above hourly price chart shows that after multiple “step-down” red candles, the token forms bullish engulfing patterns. So far, APT has achieved this feat three times. The consistent shape created from these multiple bearish and one big bullish candles is so uniform that the community of CoinMarketCap is wondering if there is a manipulation afoot. One user by the name “Harry Potter” believes that APT is the classic example of a pump-and-dump scheme.

The price action of this token seems to give weight to people’s apprehensions about it. Another reason that most of the community isn’t willing to put their trust in Aptos is because of its backers, which include FTX.

That said, this isn’t the first time Aptos has drawn criticism from the crypto community. Shortly after launching its mainnet in October 2022, the token was listed on the cryptocurrency exchange, which led to it losing 70% of its initial value. However, those do not indicate the reason behind the latest hourly pumps.

After going on crypto Twitter, we found that Aptos has recently partnered with Google to make it easy for the mainstream crowd to adopt Web 3. The prospects and backers of Aptos allowed it to get attention from multiple crypto venture capitalists. Therefore, these hourly pumps may mean that investors see Aptos as a short-term trading prospect.

Should you Invest in Aptos?

Aptos is a Layer-1 proof of stake blockchain that uses a new smart contract programming language called Move. This Rust-based language was independently developed by Diem’s developers to bring mainstream adoption of Web 3. The blockchain aims to motivate the creation of more decentralized applications that solve real-world problems.

Aptos came into the limelight after raising $200 million from the venture capital firm Andreessen Horowitz. Soon, Tiger Global and Multicoin Capital, another group of VCs, joined up to support this novel blockchain solution. FTX also became a major contributor to Aptos with Jump Crypto, which allowed it to raise $150 million in series A funding.

And therein lies the problem with Aptos. Because of the VC contribution, the community doesn’t see this blockchain project as something meant for the people. Being a centralized ecosystem doesn’t help Aptos’s case either, as the latest FTX debacle drives people away from such blockchain projects.

That said, the current price action makes Aptos suitable for short-term gains. The pattern consistency shows that investors must wait for at least two red candles to form before buying to benefit from the bullish engulfing pattern that forms after. While we aren’t certain whether such patterns will emerge more in the coming days, for now, this strategy seems like a logical approach.

Dash 2 Trade – A Crypto Investment that Removes Guesswork from Investing

Bitcoin’s recent tumble is a tragedy for traditional investors, but it was a boon for those who shorted it. Shorting investors had access to tools and market information that allowed them to profit even in this bearish market. Unfortunately, such tools are accessible to a few upper-class investors because the Bloomberg terminal is extremely expensive. 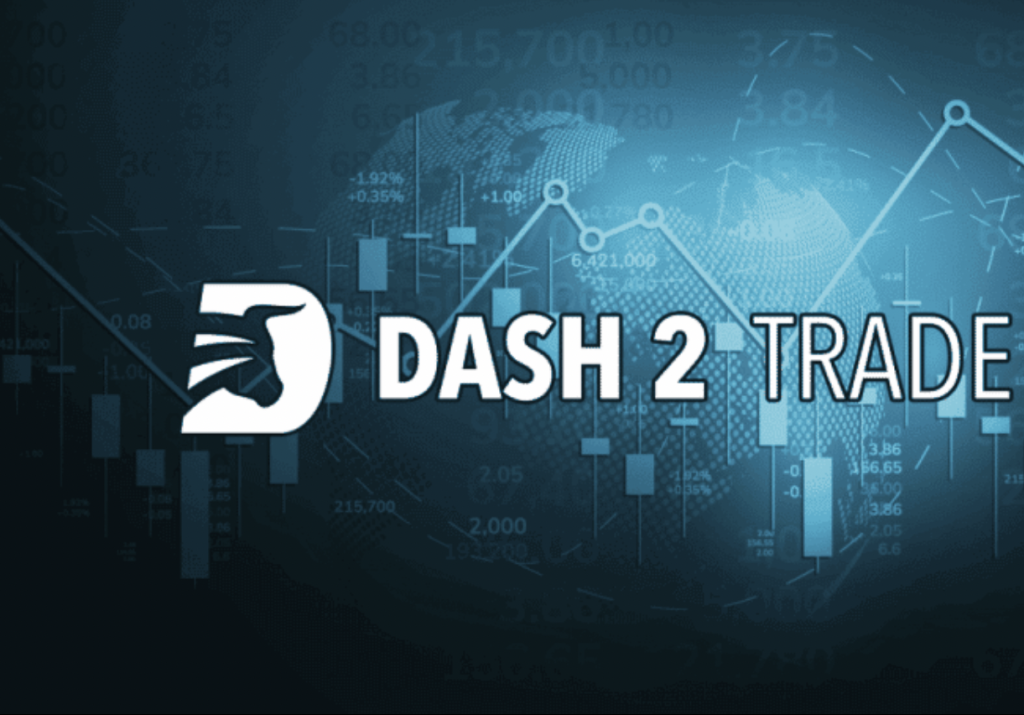 That’s where Dash 2 Trade comes in. By making D2T, its native crypto, the medium to pay for subscription services, Dash 2 Trade is creating a truly unique ecosystem where investors from all walks of life can jump in.

Another bullish catalyst to invest in Dash 2 Trade is that it is currently available to buy during the presale. Investing in this asset during the presale stage will allow early movers to profit from the fact that the price of the DT2 token will appreciate in each stage.

So, check out the official website to learn more about this project and become an early mover. 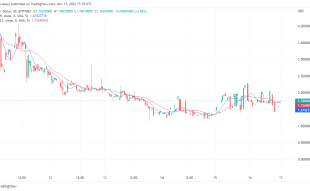