On November 28th, cryptocurrency exchange BlockFi became the latest victim of the avalanche of failures that began with the implosion of FTX a week earlier. The bankruptcy of the crypto hedge fund Three Arrows Capital in June sparked a liquidity crisis at the New Jersey-based exchange.

When the FTX Empire collapsed in June, now-defunct FTX CEO Sam Bankman-Fried proposed a way out to rescue BlockFi. BlockFi took the deal as, in its bankruptcy filing, BlockFi disclosed substantial exposure to FTX and its sibling company, Alameda Research.

When FTX failed, the BlockFi management team and board of directors acted swiftly to safeguard its customers and the company, according to Mark Renzi of Berkeley Research Group, the firm’s financial advisor. The financially troubled cryptocurrency company has blocked withdrawals of user money, claiming that demands from customers would be resolved through Chapter 11 proceedings.

BlockFi Had No More Exit Routes

The fall of FTX, once one of the major crypto exchanges, has had a major impact throughout the cryptocurrency market. On November 15th, with an estimated $8 billion loss, the Bahamas exchange filed for bankruptcy. FTX is only one of 130 affiliated companies that have sought bankruptcy protection.

Earlier this year, BlockFi took a financing package from FTX worth up to $400 million. To help the struggling crypto exchange weather a liquidity constraint caused in part by its exposure to the collapse of the TerraUSD stablecoin, a rescue package was provided in the form of a bailout.

Around $500 billion in market value was lost in the larger crypto markets due to the Terra crash. As part of its white knight transaction, FTX guaranteed BlockFi continued access to capital for a period of one year and granted itself the option to buy the struggling company within that time frame.

Adding more complexity to the crypto world, BlockFi adviser Mark Renzi alleged in court documents that Three Arrows Capital was one of BlockFi’s top debtor clients and that the Singapore-based hedge fund had made significant investments in TerraUSD.

Cryptocurrency lending platforms like Celsius and Voyager Digital, among others, had to declare for bankruptcy during the first wave of the epidemic. According to reports, Celsius owed its clients $4.7 billion before it went bankrupt. Voyager cost an additional $1.3 billion.

Although BlockFi’s summertime demise was delayed thanks to FTX’s credit facility, in the end, neither company was able to avoid the growing effects of the crypto crisis.

Darker Days Ahead For Crypto Market

While further information has yet to surface, BlockFi has over 100,000 creditors according to their bankruptcy declaration. In addition, the report shows that the largest declared client had a total balance of $28 million.

These figures may be shocking, but they are pale in comparison to FTX. However, the implications of FTX’s bankruptcy for its partners show just how crucial the exchange was to the whole cryptocurrency ecosystem.

Cryptocurrency exchanges are rushing to reassure consumers that their assets are strongly supported as widespread panic grips the industry. Binance CEO and cryptocurrency advocate Changpeng Zhao is urging greater transparency in the sector by releasing the exchange’s cash holdings.

There are many who say it doesn’t matter how much evidence of reserves is shown so long as liabilities are also provided. There are also proposals for cryptographic signatures and proof of custody over wallets to ensure that all assets and obligations are accounted for.

Legislators will definitely strive to control the business more stringently after the latest crisis to strike the market this year, and this might be the most significant effect of crypto contagion.

No Protection for Crypto Investors

Where do investors stand in light of all these failures? Different from the realm of conventional banking, Bitcoin does not offer the same security to its investors. No government bailouts will be available, in contrast to the global banking system failures that occurred during the Great Recession.

Traditional bank, brokerage, and 401(k) plan customers have the security net of government-backed insurance. Cryptocurrencies, however, are not covered by the FDIC or the Securities Investor Protection Corporation. Bankman-Fried and FTX stepped in as the lender in a final attempt earlier this year because of a lack of such investor protection.

That rules are still being worked out in the field is a major source of unpredictability. Since Satoshi Nakamoto released Bitcoin (BTC) in 2009, digital assets have been under a legal nexus of uncertainty. Even while crypto platforms have seen what Bankman-Fried calls a “run on the bank,” they are not banks.

Lawmakers and federal authorities are still figuring out how crypto assets should be handled, and there is still confusion even among regulators on regardless of whether crypto investments are securities or not.

Many have called for authorities to speed up their work in covering the business because of the widespread confusion and the precarious position in which many consumers find themselves as a result of the collapse of all these collapsing organizations.

What Can BlockFi Customers Expect Ahead?

After FTX’s downfall, the bankruptcy of BlockFi was widely expected. After FTX’s demise earlier this month, the shaky platform temporarily halted withdrawals.

Before declaring bankruptcy, several lenders, including Voyager Digital and Celsius and took the same step of freezing customer withdrawals.

Now, clients of BlockFi have essentially lost control over their futures, similar to those of those other sites, and the legal actions are expected to take years to play out. Customers have been warned by BlockFi not to add any additional money to their accounts.

Customers are urged to keep using the BlockFi app and account for the time being, according to a message from BlockFi. Clients are asked to hold off on adding funds to their BlockFi Wallets or interest accounts while withdrawals are on hold for the time being.

According to BlockFi’s estimates, the company has $256.9 million in cash on hand, which is more than enough to cover the expenses associated with the bankruptcy case and allow it to forego debtor-in-possession financing.

However, the fact that clients can’t make withdrawals is perhaps the most important thing on their minds right now. That’s not going to change anytime soon, unfortunately. 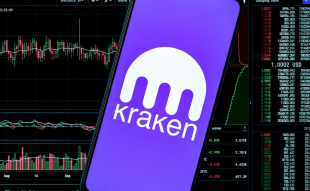 Join Our Telegram channel to stay up to date on breaking news coverage Kraken, ...