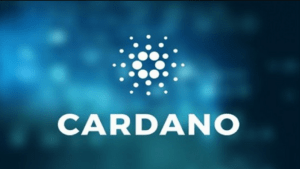 Cardano’s Shelley Testnet has recently completed the snapshot and balance check of the Cardano network. Cardano is one step closer to allowing the blockchain’s investors to earn rewards for their Ada for the first time since the ICO.

Cardano’s development arm, Input-Output Hong Kong (IOHK), made the announcement on Tuesday using Twitter. Over the next few days, the company will roll out a testnet wallet to be used on Shelley, having already launched a website about the subject matter.

Hello! As announced earlier by #IOHK, they have just successfully done the first snapshot and balance check. In addition, Charles Hoskinson did a quick video update today on what's next here: https://t.co/bZtOh31doB

A Snapshot Of A Network

Charles Hoskinson, the Chief Executive Officer of IOHK, took the time to explain how a snapshot works through a Youtube video. A short explanation would be that the snapshot copied the data from Cardano’s latest block and proceeded to insert said data into Shelley testnet’s genesis block. While it may seem confusing to many people, the truth of the matter is the testnet basically copied the “ledger” of the Cardano blockchain into the new testnet. No crypto was actually moved, the balance data was just duplicated.

What this means for Ada holders is that they can use the same wallet credentials on both the main Cardano network as well as the Shelley testnet. Assuming that the investors were holding the Ada funds on a Yoroi or Daedalus wallet during the snapshot, however. Third-party wallets, exchange wallets, and hardware wallets weren’t included in the network snapshot.

The Shelley testnet was built in order to properly test the staking mechanics of the Cardano network in realistic, albeit isolated conditions. Through adding the users in the testing process, Cardano is capable of seeing if the network can meet expectations and achieve a satisfactory level of decentralization with the new mechanic added to it. Hoskinson made it clear that the Cardano network’s new software is in the process of an audit. The results are scheduled to release to the public in January. He warned the Cardano network’s user base that they would never ask for a user’s passwords or keywords, and users should know it’s a scam if a message requests it. He recommends rotating funds to a new address should a user feel the need to increase security. What’s important to note is that he didn’t say it was necessary, however.

The snapshot was the first of two that were planned. Hoskinson explained that the first snapshot’s purpose was to get all the network users “on the same frequency,” so to speak. The second snapshot will enable more users to join up the testnet by delivering Ada to the Shelley-enabled wallets.

The testnet’s staking feature should come into operation at some point during this month. Users who choose not to opt into the testnet should be able to stake their Ada around 2020 or later. This is roughly the time when Cardano will enact the Shelley upgrade to the blockchain’s main network. This will turn staking into a default feature of the Cardano blockchain.

Throughout the entire year, Facebook has been in the headlines for its controversial cryptocurrency ...