The world of cryptocurrencies and blockchain can be an uninviting one. There are so many websites out there that claim to have valid information but are really looking to scam or mislead you. What’s nice about a book is it is a contained space for viewing information that is generally fact-checked or validated.

That, and the data is generally portrayed by an expert who knows what they’re talking about – at least, enough to get a publisher to agree to put out their work. Of course, there’s likely to be some padding and other fluff within a book, but your chances of finding valid information are higher here.

The top 5 Cryptocurrency books in 2022

The Bitcoin Standard by Saifedean Ammous is a fantastic look at the world’s first cryptocurrency asset. Ammous is an economist and outspoken fan of cryptocurrencies especially Bitcoin. In his book, the expert goes not only into Bitcoin but the history of money and why we find ourselves with a need for digital currency.

Ammous covers everything from gold to trading seashells to debt and other metals, on top of the possibility for civilizational collapse if the economy can’t hold itself up. This is where Bitcoin comes in, he claims. He also goes into the core elements of Bitcoin, such as mining, its ability to take the power away from governments, and a “world where money is fully extricated from politics and unrestrained by borders.”

Then, there are the lesser explored elements of Bitcoin, like mining and its energy costs: is it even worth the effort? How could the asset fail? What’s the deal with blockchain and all of these altcoins? What’s valid in this industry and what’s a scam? The Bitcoin Standard is a deep examination into all of these questions and more.

✔️Authored by an expert economist

2.The Internet of Money 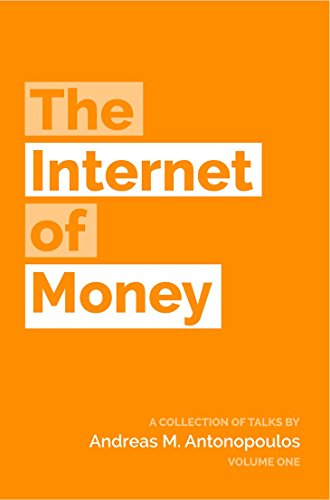 Similar to the previous book, The Internet of Money discusses the existence of Bitcoin – why it matters, how it came to be, and the maturity of such technology. It’s written by Andreas Antonopoulos, a leading influencer in the space and big fan of Bitcoin and its potential.

While not the most traditional book, The Internet of Money is instead a collection of Antonopoulos’ talks on the digital asset. These cover the social aspects of such an asset, its philosophical implications, how it has changed the world as of now, and more.

Then, the expert discusses how Bitcoin is affecting the world socially, politically, and economically. The overall goal is to bring about awareness to decentralized technology like the blockchain and push Bitcoin like the world-changing asset Antonopoulos believes it is.

✔️Collection of talks by a known expert

✔️Explores the philosophical, social, and political meanings behind Bitcoin and blockchain

✔️Explains why Bitcoin exists, and the history behind such a

Purchase The Internet of Money 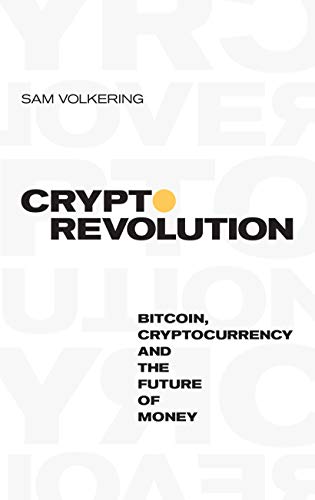 Authored by Sam Volkering, Crypto Revolution tells the man's story as he got into Bitcoin near when it started back in 2008. It talks about Ethereum, Bitcoin, Ripple, and many other assets that Volkering has been interested in since the start of blockchain technology.

Here, Volkering shares his insights on why someone should get into Bitcoin, what blockchain technology means for the future of the world, and why cryptoassets are a little more than a once-in-a-lifetime opportunity.

Ideal for beginners, this book also details cryptocurrency wallets, how to securely store digital assets, an overview of what Volkering believes to be the best cryptocurrency exchanges, blockchain technology, and more. It's a great way to get involved in the space for beginners, and a good refresher for those who have been in crypto for a while now.

✔️Examinations from someone who’s been in crypto since the beginning

✔️Ideal for both beginners and intermediates

4. The Age of Cryptocurrency

While the other books on this list so far have been authored by experts in the industry, The Age of Cryptocurrency is by legitimate journalists from Wall Street who worked during the time of Bitcoin's growth. The two writers, Paul Vigna and Michael J. Casey, talk about why Bitcoin is more than a buzzword, why people care about the digital asset, and much more.

More specifically, the two speak on Bitcoin's potential to "bank the unbanked" and how the world is opening itself up to a digital asset that has no authoritative power, unlike the government-controlled fiat currencies of today.

That and this book speaks on the origins of Bitcoin and the blockchain, but not only in a positive light as many tend to do. Instead, they talk about automation, money laundering, and why some are quite scared of this new technology and its potential to upheave the society we've established today. While some may not love Bitcoin, the asset and its technology are more than likely here to stay. This book is a guide for that sort of future.

✔️Speaks on the origins of Bitcoin

✔️Describes the asset’s power to bank the unbanked

Purchase The Age of Cryptocurrency

This final book on the list discusses the trading side of Bitcoin more than the other books do. While the previous works speak on the history of Bitcoin and blockchain technology, Cryptoassets by Chris Burniske teaches you how to manage a portfolio, how to examine which cryptocurrencies are worth putting money into and which are scams, and more.

Burniske also goes into the history of Bitcoin trading and how to learn from the mistakes of others, while also going into reviews of different exchanges, ICOs, cryptocurrency wallets, and much more. It also goes into the best methods to bring money out of your investments in each asset.

Finally, the author talks about how blockchain technology can change the way people invest today, how it already has, and the potential for it to revolutionize investing for everyone as time goes on.

✔️The best ways to maximize on your money

✔️Speaks on how blockchain can revolutionize the investment plane