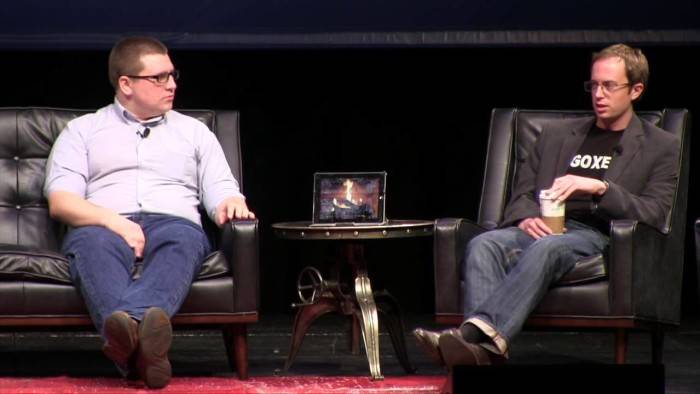 Decentralized Applicatoins Fund Managing Director David Johnston conducted a fireside chat with Shapeshift.io CEO Erik Voorhees at the Texas Bitcoin Conference in late March, and an interesting exchange between the two long-time Bitcoin proponents took place when the topic of Coinbase came up. While many in the Bitcoin community have been critical of Coinbase for shutting down user accounts and going the extra mile on regulatory compliance, it appears that both Johnston and Voorhees understand where the Bitcoin exchange and wallet provider are coming from. Johnston initially made some comments on Coinbase before Voorhees added his two cents:

“Some people have been critical of Coinbase . . . But in truth, I agree, it’s a very convenient service. If you’re willing to risk having them hold your keys — I wouldn’t personally do that — you have that option. And if they break that trust, you have that option to leave.”

When Voorhees began to share his thoughts on Coinbase as a major player in the Bitcoin space, he first pointed out why the company receives so much criticism from certain members of the community:

“With Coinbase, they get a lot of flack from the community. And certainly, they’re more intrusive than many banks if you’ve ever dealt with them, especially as a merchant. They will ask you what you’re actually doing with the money. Banks don’t really do that.”

Coinbase Has a Target on Their Back

Of course, the reason that Coinbase goes above and beyond on regulatory compliance is that they’re one of the most prominent companies in the space. Regulators undoubtedly have a bullseye on Coinbase because that is where so much Bitcoin-related activity takes place. Voorhees explained this point during the discussion:

“It’s easy to hate on them, but you have to understand that they are like the biggest target from the regulator’s perspective. They are the company after which the banks are going to attack with every piece of regulation that they can. So, they have to be extremely paranoid, and they have to do more than compliance.”

Although many like to claim that Bitcoin does not need any of the companies that are built on top of the base protocol, the reality is the various exchanges, banks, payment processors, and other businesses built on top of the platform are extremely helpful in fostering more adoption of bitcoin as a currency. Voorhees noted the importance of Coinbase to the ecosystem in his comments:

“They’re a very important piece of the ecosystem. They’re one of the bridges that allow people to easily move from the fiat structure into the decentralized cryptocurrency structure. In the future that I think we’re all envisioning, there may not be many needs for what Coinbase does now, which is interface with the banks because the banks may not be there to interface with. And that would be great, but for now, we need companies like that. And they need to do whatever they need to do to stay in operation and to stay out of jail. If they’re being too onerous for you, which is understandable, just don’t use them.”

As David Johnston noted in his initial remarks on Coinbase, the great thing about the exchange and wallet provider is that they’re there if you need them. The great thing about Bitcoin is that you can always exit centralized hubs, such as Coinbase or Circle, and move your coins back to the blockchain. Many Bitcoin users like to take care of their own private keys, but it’s going to be quite a long time before the general public is ready to take care of their own security.