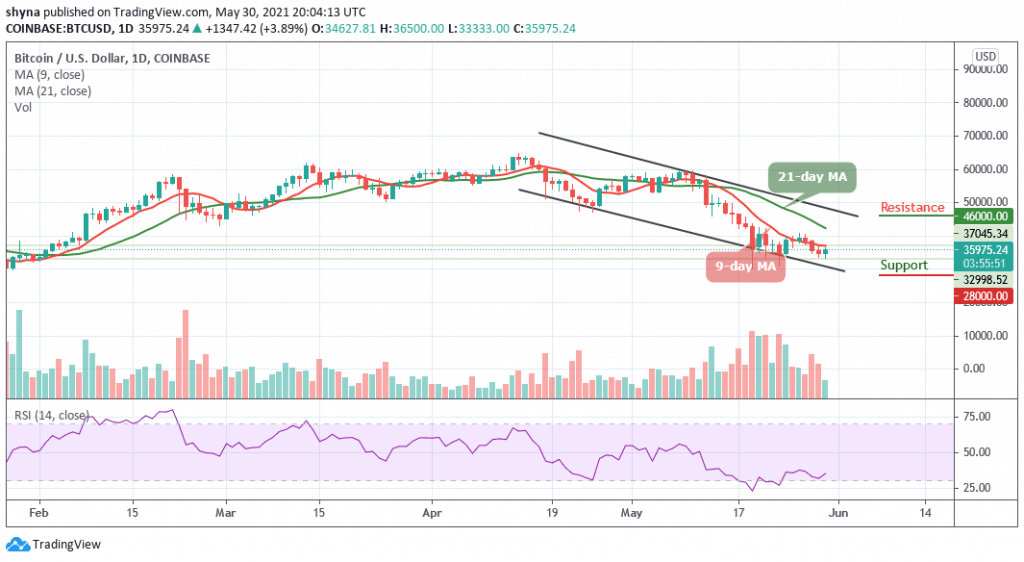 Bitcoin (BTC) begins to flash some signs of strength and this could mark a notable improvement from its recent lows that were set earlier today.

BTC/USD is currently caught within a slight uptrend as the price moves are pushing up towards $40,000 while sellers begin to lose their edge over bulls.

However, the upswing comes after multiple tests of its key support between $33,000 and $35,000. The strength of the buying pressure within this level should not be underestimated, as bears failed to break it despite making several attempts to do so.

Bitcoin Price Prediction: Where is BTC Price Going Next?

According to the daily chart, the strength in BTC’s high time frame market structure seems to indicate that a move up towards $40,000 could be imminent in the near term.

At the time of writing, the Bitcoin price is trading up at its current level of $35,975 which marks a slight rise from recent lows of $33,333. Presently, the bears did not have enough strength to shatter this price region as it appears that bulls now have the upper hand.

Nevertheless, if the market decides to fall, the Bitcoin price could fall below the lower boundary of the channel at $30,000, and if that support fails to hold the sell-off, traders could see a further decline towards the support levels of $28,000, $24,000, and critically $20,000.

However, in as much as the buyers continue to reinforce and power the market more, traders can expect a retest at the $38,500 resistance level, and breaking this level may further push the price towards the resistance level of $40,000 and above.

Similarly, the Relative Strength Index (14) moves above 45-level to confirm the bullish movement.