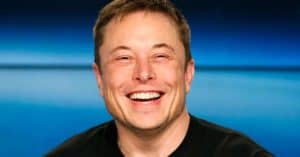 Elon Musk, the CEO of Tesla, released a bombshell tweet in May when he said that Tesla had suspended Bitcoin payments. Musk’s tweet was the trigger of the recent market crash, but China’s restrictions added fuel to the fire.

According to Musk, the main reason why Tesla would halt its partnership with the world’s largest cryptocurrency was the devastating effect of Bitcoin mining on the environment. However, after Musk made his announcement, several other crypto enthusiasts came forward to dismiss his claims. Among Musk’s critics was Changpeng ‘CZ’ Zhao, the CEO of Binance.

Tesla Cars Are Also Bad for the Environment

Tesla has been having issues with environmentalists because of its lithium-ion battery-electric cars. Lithium mining is very devastating to the environment, given that it leads to contamination of water bodies and kills marine life.

Lithium-ion also leads to soil contamination and kills crops. It also requires over 500,000 gallons of water to mine every tonne of the material. The batteries are powered by electricity, which is most often acquired from fossil fuels.

Therefore, for Musk to state that Tesla was suspending Bitcoin mining because of environmental concerns is quite hypocritical. It shows there are deeper issues as to why he made that decision.

Fiat Currency is Just as Bad For the Planet

To begin with, paper minting requires large volumes of water, cotton, film, polymer, and more. The requirements of the process even become worse in coin minting, given that the process requires copper, whose mining process causes environmental degradation.

Musk Wrong to do U-turn on Bitcoin

Musk’s move to change his stance on Bitcoin in just a few months also shows his fickleness. Tesla has gained popularity because it transformed the automotive sector by giving consumers something unique and better but with bitcoin he seems to have lost that end-goal vision.

Musk ditching Bitcoin is similar to when people dismissed Amazon as an e-commerce platform after launching in the 1990s. While change may be hard to embrace, it is inevitable, and it takes time for people to eventually adapt.

Shiba Inu Price Jumps 7%, May Double – How to Buy SHIB

The Shiba Inu price seems to be well on its way to a new ...