Homenewswhy do proof of reserves matter and what are they 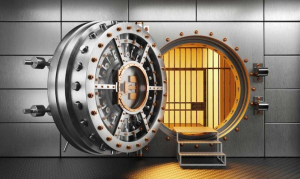 Following the FTX collapse, proof of reserves has been a hot topic, with the investor community demanding that exchanges give certifications of their cryptocurrency holdings.

But what are they exactly, and why are they important?

Proof of reserves (PoR) is a technique for confirming that a trading platform or cryptocurrency company actually has 1:1 backing across the digital assets it is keeping in custody on behalf of its clients.

A third-party organization is frequently used by businesses to carry out the attestation. To help investors understand a centralized exchange’s financial situation and whether they have adequate funds to match customer deposits, they publish the results with some caveats (which will be explained in more detail below).

Since the trend started, a huge variety of attestations have been performed, some of which provide a corporation more credibility than others.

Proof of Reserves based on Merkle Trees

A PoR protocol that employs a Merkle Tree proof to combine vast quantities of data into a single hash and confirm the accuracy of the data set is one technique to carry out an attestation.

Merkle Tree-based PoR attestations may be published by cryptocurrency exchanges at regular intervals, such as weekly, monthly, or quarterly, in the form of snapshots. As an alternative, businesses may offer real-time attestations that are accessible on their website.

While snapshots may be adequate to demonstrate a cryptocurrency company’s solvency at a specific point in time, real-time attestations are preferred for confirming an exchange’s reserves since they enable anyone to check that money are truly held by an exchange at any time.

Launch of the Proof-of-Reserves Protocol by Chainlink

A proof-of-reserves system is being offered by Chainlink Labs, the organization that created the well-known decentralized oracle network. According to Chainlink Labs, this technology is “intended to let projects spanning Web2 and Web3 prove asset reserves through automated verification.”

Launched in 2020, the system connects Chainlink nodes to an exchange’s API, its vault addresses, and a proof-of-reserve smart contract that can be queried by any other account on the network to ascertain whether the exchange’s crypto reserves are equal to its liabilities. The system’s first user was the TrueUSD stablecoin.

Its blockchain-independent technology offers information on the amount that is ever deposited, borrowed, and staked at a certain protocol.

Additionally, exchanges can use Chainlink’s mechanism to give security for the promises that they are not allowed to issue more tokens than they have in reserve.

Which markets have evidence of reserves?

Before FTX collapsed, certain exchanges and crypto lending platforms, including as Kraken, Nexo, BitMEX, and Gate.io, pushed to introduce own proof of reserves.

However, November 2022 events revealed that more trading platforms were attempting to create their own proof of reserves, which varied in depth depending on the exchange.

Among them was Binance, the biggest cryptocurrency exchange in the world by trading volume, which unveiled a Merkle Tree-based system for Bitcoin and Ethereum. OKX, Crypto.com, and ByBit also adopted a related strategy.

Coinbase, on the other hand, asserted that as it is a publicly traded corporation, it has already provided audited SEC filings to demonstrate its reserves.

The San Francisco-based cryptocurrency exchange, however, stated on November 25 that “on-chain accounting is the future” and that it is looking at “several novel ways to prove reserves utilizing more crypto native approaches.”

Coinbase’s recently introduced $500,000 developer grant program is a component of the initiative.
The purpose of these grants is

[to assist people or groups] who are advancing the state of the art in on-chain accounting, privacy-preserving techniques related to proof of assets or liabilities (including the application of zero-knowledge techniques) and or closely related technologies.

Theoretically assisting to ensure that customer funds are secure and cryptographically demonstrating that the corporation has adequate liquidity, proof of reserves is unquestionably a positive move. However, it can also provide users a false sense of security.

Exchanges, with rare exceptions, do not disclose the company’s liabilities to consumers, thus users must rely on the auditor’s attestation concerning the relevant assets. This is because exchanges only present a snapshot of the assets held on the platform’s linked addresses.

A situation where an exchange leverages its proof of reserves to look transparent without disclosing its real solvency risk could result from this.

According to Kraken CEO Jesse Powel, attestations must include these three elements: a total of client liabilities (the auditor must exclude negative balances), user-verifiable cryptographic proof that each account was included in the total, and signatures demonstrating the custodian’s ownership of the wallets.

Binance’s November attestation received particular criticism from Powell, who labeled it as as “either ignorance or purposeful distortion” and claimed that “the disclosure of assets is pointless without liabilities.”

I'm sorry but no. This is not PoR. This is either ignorance or intentional misrepresentation.

The merkle tree is just hand wavey bullshit without an auditor to make sure you didn't include accounts with negative balances. The statement of assets is pointless without liabilities. https://t.co/b5KSr2XKLB

In an effort to allay worries about its financial situation, Binance asked the South African division of the global audit, tax, and advisory firm Mazars to create an additional proof of reserve report.

According to information that was published last week, Binance controlled in-scope assets that exceeded 100% of their total platform liabilities at the time of evaluation.

However, the report sparked considerable debate, with experts pointing out that without details on the effectiveness of Binance’s internal controls, such as its processes for maintaining correct books and records, the Mazars assessment is meaningless.

In addition, the Mazars study was actually a five-page letter rather than an official audit report, as noted in a recent WSJ article. It emphasized that Mazars did “not provide an opinion or an assurance conclusion,” which means it wasn’t vouching for the figures, but it did not discuss the effectiveness of Binance’s internal financial reporting procedures.

In response to Binance’s request, Mazars said that it carried out the work using “agreed-upon procedures” and that it “made no representation on the propriety” of the desired methods.

On top of that, the figures in the letter essentially state Binance’s Bitcoin is only 97% collateralized, with a Binance spokesperson explaining that

the 3% ‘gap’ is due to BTC loaned to customers, through the margin or loan programs, who may have used tokens out of the report’s scope as collateral.

A short while afterwards, Mazars, which had carried out comparable attestations for Crypto.com and Kucoin, declared that it would no longer be working with any cryptocurrency companies going forward. 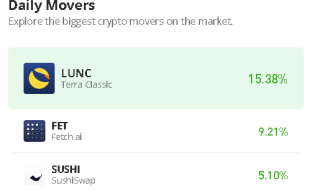