The Chicago Board Options Exchange (CBOE) stands as a global exchange holding company. Recently, the global player has filed to start listing a new product from the Van Eck asset manager: A Bitcoin exchange-traded fund, or ETF.

As such, CBOE went through the official channels: filing a Form 19b-4 in order to request the ETF’s listing and filing it with the US Securities and Exchange Commission. The filing was made on the 3rd of January, and the form itself tried its best to hammer home all the glorious benefits that would be given should this ETF be passed. CBOE’s angle was retail investor protection, highlighting a BTC ETF’s advantages over buying pure Bitcoin in spot markets.

The most notable benefit, as claimed by this filing, was the fact that a custodian is involved in the process. Through this, the Trust’s bitcoin assets can be kept safe. Strangely enough, CBOE refrained from naming the custodian outright. Instead, the holding company only highlighted that this custodian stands as a fully regulated and chartered trust company, under the authority of the New York Department of Financial Services.

After the SEC has given formal acknowledgment of receiving this filing, it has a maximum of 45 days to give an official response. This can either be an official acceptance or denial, or alternatively an extension of the assessment deadline. In fact, the regulator has the right to extend its deliberation phase all the way up to 240 days before it’s mandated to give a definitive answer.

Should this proposed product get the green light, this will stand as CBOE’s first crypto product ever since February of 2019. Back then, amid the chaos of that particular crypto market phase, the exchange holding company opted to remove its Bitcoin futures contracts. The irony was that CBOE was the first entity to host Bitcoin futures within the US, managing to beat its CME competitors by the span of just a few weeks by launching in December of 2017.

Van Eck Has Trouble At Home

It was back in January of this year when Van Eck itself filed for approval by the SEC for a Bitcoin ETF. It should be noted that this isn’t even the first time Van Eck filed for this, having filed for a Bitcoin ETF back during the ICO craze of 2017. Back then, the firm teamed up with SolidX, a blockchain firm that has itself been making attempts to push Bitcoin ETFs into US markets since 2015. Sadly, this filing was withdrawn in 2018, and both companies quickly parted ways.

Now, however, Van Eck has been hit with a lawsuit, SolidX accusing the firm of plagiarizing its product. Things just can’t seem to stay mundane in the crypto space. 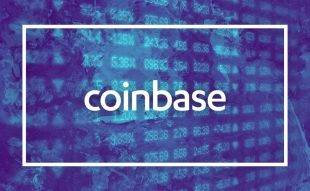 Join Our Telegram channel to stay up to date on breaking news coverage Messari ...