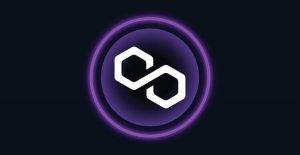 Polygon, a layer-two scaling solution based on the Ethereum blockchain, has suffered a network outage that has lasted for more than 11 hours. The network developers have stated that the outage comes from a technical upgrade on the network.

Polygon suffers an outage lasting for over 11 hours

The Polygon network released an announcement on March 10 informing its users that it would experience issues with its network upgrade. The issue in question was caused by the Heimdall implementation.

In an announcement, Polygon said, “We suspect there may have been a bug in the upgrade which affected consensus, causing different Heimdall validators to be on different versions of the chain, thereby not reaching two-thirds consensus. When using Tendermint consensus, this situation will cause the Heimdall chain to halt.”

The Polygon team assured users that their investments in the network would not be affected by the outage. The Heimdall implementation does not touch on user transactions. The outage affected Polygon’s consensus model and made it hard to produce blocks.

The Polygon network has since announced that the network consensus activities have been restored through installing a temporary hotfix upgrade.

“Polygon PoS has resumed operation as the team has deployed a temporary hotfix to address the issue. All user funds are safe. We’re working on a long-term solution and will continue to update the official forum and other channels,” the tweet noted. Polyscan shows that the network has resumed producing blocks since implementing the fix.

Heimdall is an upgrade that implements proof-of-stake nodes to enable the MATIC network to achieve consensus. However, the bug has prevented the network from reaching consensus as earlier predicted.

This is not the first bug affecting the MATIC network. Another bug on the network had resulted in $24 billion worth of user funds being at risk. However, this bug was fixed through a patch implemented towards the end of 2021.

The MATIC network has recorded notable adoption following the efforts that the development has been taking steps to grow its infrastructure. One of the recent endorsements of this network was the partnership with TokenTraxx, a marketplace for NFTs.

NFTs have seen notable growth in popularity and adoption over the past year. Ethereum is currently ranking as the top blockchain for NFTs. However, the network has been facing a rise in gas fees and slow transaction processing, which has lured users towards competing networks such as Polygon.

The Polygon network had informed its users that an outage could be experienced with the implementation of the upgrade. However, the outage lasted longer than users expected, which has sparked reactions.

Some users noted that their businesses had been affected by the outage, requesting the Polygon network to provide a time when the issue would be resolved.

“Polygon down since 12h now. Not gonna comment anymore on how a sidechain is not suitable as a reliable transaction system,” a tweet from one user said. 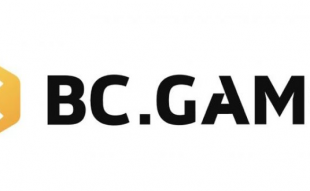 BC GAME Brings A New Level Of Gambling

What makes online gambling the force it is are the extensive game, banking, secure ...