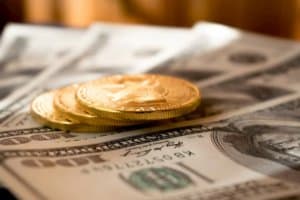 Despite some contentious notions, recent research has proven that Stablecoin does not artificially inflate Bitcoin prices at the cryptocurrency market. On a similar note, the research also revealed the important role the digital asset is playing in the industry and predicted more growth for Bitcoin in the future.

Popular beliefs disputed by the research

Last year, two researchers reported that their findings revealed that Tether USDT (the most popular stablecoin) was responsible for the unprecedented price increase in 2017/2018. During that period, Bitcoin grew to an astonishing value of $20,000. Immediately after the allegation, Tether refuted all the allegations, pointing out that its stablecoin had never at any time impacted Bitcoin price or been involved in any price manipulations. Both parties left the argument without a conclusive view from the public.

However, the recent report by another group of academics may throw more light on the argument. The research is in favour of Tether, pointing out that the revelation of its research did not see any link between Tether and price manipulations in the cryptocurrency market.

Richard Lyons, Entrepreneurship officer at UC Berkeley, and Ganesh Viswanath-Natraj, assistant professor of finance at Warwick Business School, were the two academics involved in the new research. They pointed out one important update in the issuance process of Tether. Before 2018, “all coins created via grants were immediately distributed to Bitfinex for trading in the secondary market,” they said.

But afterward, the Tether treasury retained a small part of all USDT in circulation. The idea was to exchange the reserve funds for dollars whenever the price of USDT in the secondary market rises above parity. When the researcher evaluated the stock impact of the measured Tether inflow into the secondary market, they did not find out any real evidence which supports the claim that the issuance of stablecoins impacts on cryptocurrency prices.

The researchers also referred to the cryptocurrency incident last month where many cryptocurrencies fell by 50% within 24 hours. They said a situation like these proves that stablecoins constantly take the role of a safe-haven in the digital market. During times of mainstream volatility, they become very relevant to traders who are looking to diversify their investments.

Last month, altcoins and Bitcoin spiraled downward while stable coins rose considerably in value. It’s an indication that market forces are at play and not because of Tether, they reiterated.

Join Our Telegram channel to stay up to date on breaking news coverage Officials ...