Crypto personality Justin Sun, the CEO of BitTorrent and creator of the TRON ecosystem, is trying to reschedule the charity lunch he had won more than two months with Warren Buffett, the CEO of Berkshire Hathaway.

Sun originally won the right to lunch with Buffett thanks to winning bid of $4.6 million in a charity auction. Originally, the meeting was supposed to be on July 25, but due to health concerns that affected him at the time, Sun had to cancel, per a statement from the TRON foundation.

At the time, a tweet from the Foundation clarified that Sun had kidney stones and had to cancel to take care of the issue. Both parties agreed to reschedule the meeting at a later date, but the specific day wasn’t made public back then.

The TRON foundation, the Glide Foundation (the homeless charity that received the donations when Sun won the highest bid,) and Buffett’s team are all working to find a date in their tight schedules. However, it is easier said than done, as finding a single day in which Buffet, Sun, and the invitees are all available is tough, according to TRON’s communications director Cliff Edwards.

In an interview with Blocktv, Edwards stated that it took almost two months to get them all in San Francisco to sit in the same space for five hours with Buffett. If it wasn’t easy back then, it surely isn’t now, and the challenge remains to gather the nine people again together in the same room for the charity lunch.

Some of the invitees to the lunch are Circle CEO Jeremy Allaire, Litecoin founder Charlie Lee, eToro CEO Yoni Assia, and others. Allaire observed that crypto is currently a global policy issue, and that helping others learn more about the technology is crucial to achieving its worldwide adoption.

While the Glide Foundation and Buffett’s staff were fine with the delay in the activity, several news outlets in China reported that Sun was being persecuted in Chinese territory for several illegal acts.

Caixin reported that Sun was under border control the day he announced that the lunch was postponed. Another outlet, the 21st Century Business Herald, explained that the leader of TRON was accused of facilitating pornography-related transactions via Peiwo, his social media firm.

It was never revealed whether the accusations were true or false, but Sun appeared in San Francisco and, through a statement on Weibo, apologized to the TRON community for the “vulgar hype” and marketing behavior. Despite the incidents, people keep using their TRON wallets to buy the TRON coin. 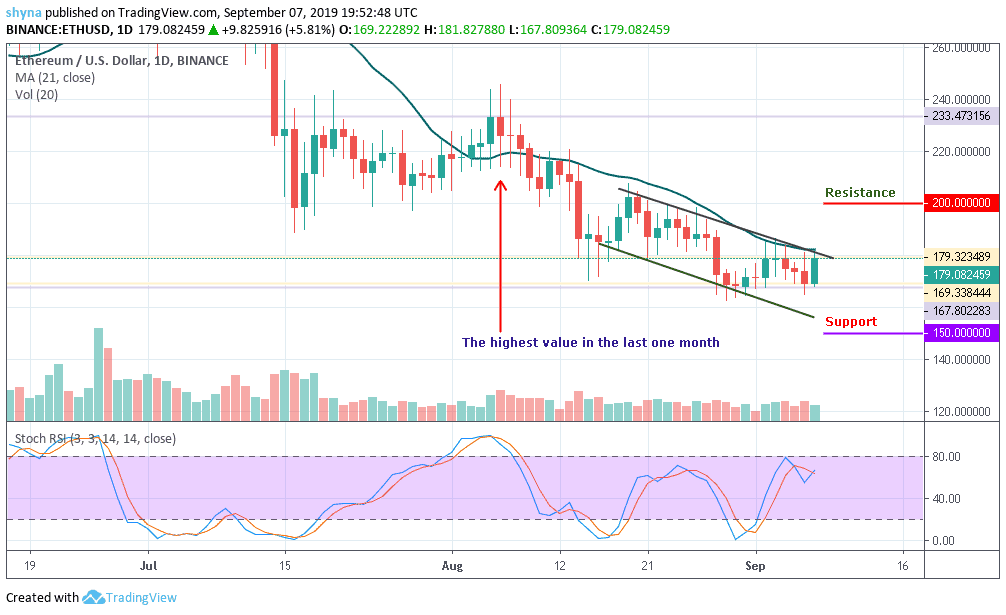 Ethereum Price Analysis: ETH/USD Records over 5% Surge Within a Day; Moving past $178