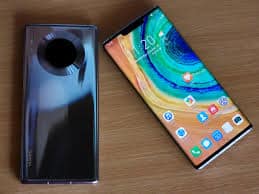 China’s progress with the digital yuan has many in the crypto industry excited, as the country has had substantial success with testing for its Central Bank Digital Currency (CBDC). Although there is still no official launch date for the asset, it seems the infrastructure required is set for release.

Everything Users Could Need

Earlier today, Chinese tech conglomerate Huawei announced on its Weibo channel that its next flagship smartphone – the Mate40 series – will feature a hardware wallet for the digital yuan. The company touted the phone as the first of its kind to feature such a wallet, ensuring its customers are not left out of  China’s digital revolution.

The post adds that users will have full control over their anonymity and privacy. The wallets will also ensure effective dual transactions, with devices able to complete fund transfers by merely touching each other – even without an internet connection. With all of this, Huawei is assuring users of safe, cost-effective, and reliable transactions at all times.

Along with the digital yuan support, the Mate40 is a pretty standard device. It utilizes the 5nm processing chip, which is reportedly capable of conducting billions of transactions a second. While this doesn’t necessarily translate to increased overall transaction efficiency for the digital yuan, it gives hope that the device will be able to handle high-volume transactions effortlessly.

The tech giant has also announced a promotion, offering a unit of the Mate40 Pro to the user who can get the most shares for the post.

Huawei is one of the top Chinese tech firms to have partnered with the Peoples’ Bank of China on the digital yuan project. Over the past few months, pilot programs have popped up all over the country and its neighboring administrative regions, leading to the belief that the government is having high hopes of a launch pretty soon.

Along with Huawei, other prominent tech firms that have worked on the digital yuan project include ride-hailing giant Didi Chuxing, food delivery service Meituan Dianping, and ByteDance – the parent company for video-sharing site TikTok.

Earlier this week, Mu Changchun, the head of the Digital Currency Research Institute at the Peoples’ Bank of China, confirmed that the Bank would bring in Alipay and WeChat Pay, the country’s two largest payment processors, into the fold as well. Speaking with the South China Morning Post (SCMP), Mu highlighted that the Bank would integrate the asset into both services’ digital wallets. This way, their users will be able to transact and save their digital yuan units directly.

As explained earlier, there is still no launch date for the digital yuan. However, all signs point to a release within the next two years. In August, Sun Guofeng, the head of the monetary policy department at the Peoples’ Bank of China, told Reuters that the government planned to have the asset around in time for the 2022 Winter Olympic Games.

Iran is Buying Bitcoins from Miners to Bankroll State Imports

Join Our Telegram channel to stay up to date on breaking news coverage Iran’s ...