Homenewselon musk to resign as twitter ceo looking for a successor 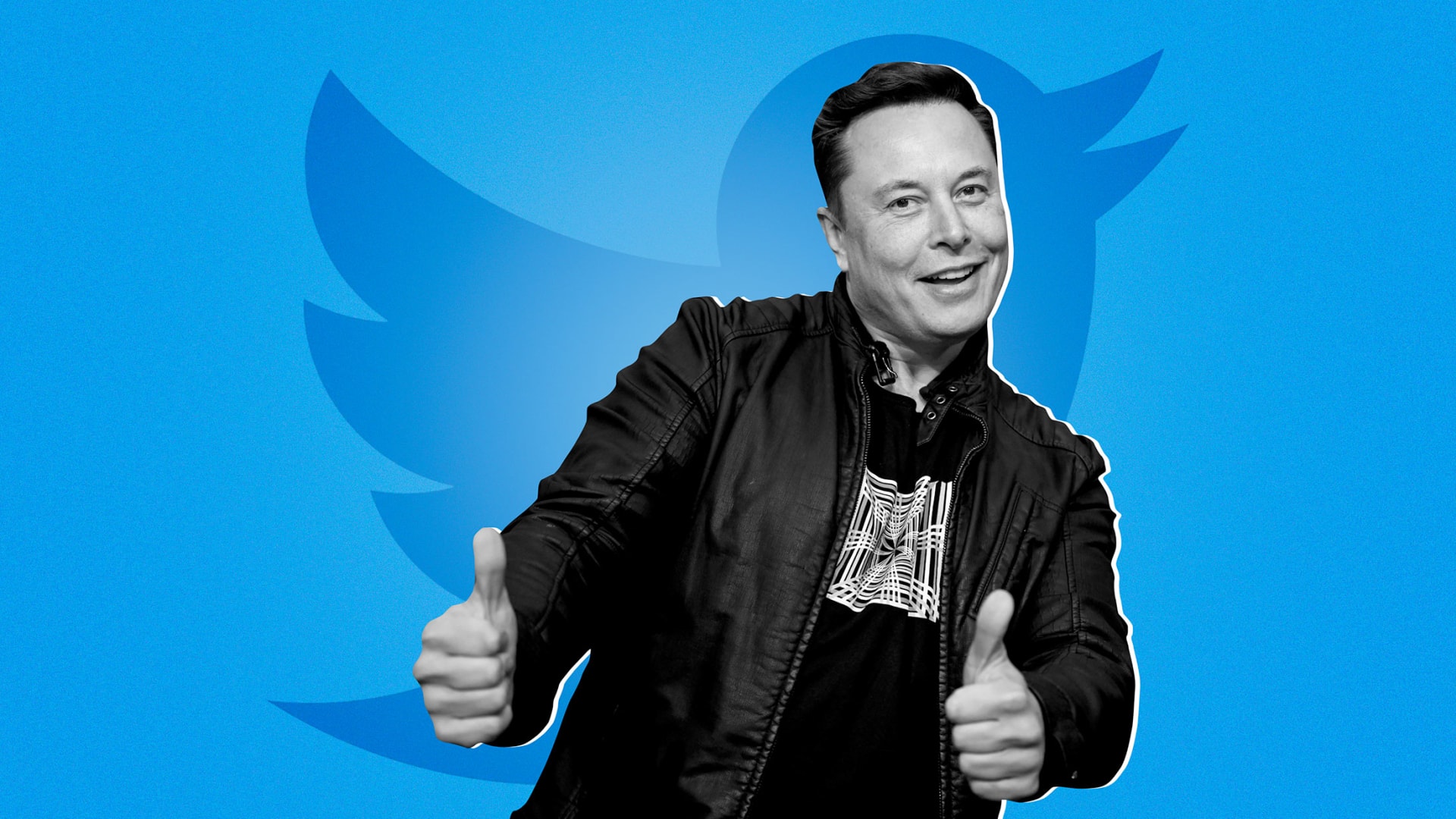 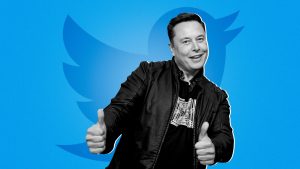 Elon Would Give up the Role to a “foolish enough” Successor

The CEO of Tesla, SpaceX and a bunch of other companies posted a Twitter poll asking his followers “Should I step down as head of Twitter? I will abide by the results of this poll.” Not so much to anyone’s surprise, given the criticism Musk has received over the recent months, the results of the poll came out to be Yes by 57.5%. While the rest, 42.5% responded with a No.

Should I step down as head of Twitter? I will abide by the results of this poll.

Although the results of the poll may imply Elon quitting as the head of the company, he will be running the software and servers after handing over the reins to someone else. This means that although the CEO will step down, he will continue to hold a significant influence over the decision-making process in the company. Not to mention he still owns Twitter.

Ironically, the Twitter results are suggested to have been influenced by “bots” who managed to vote for “Yes” in the majority. HarrisX, a polling company, tweeted out their own poll results where 61% of respondents wanted Musk to stay as the head of Twitter.

Elon and the company have been constantly attempting to defeat these spam bots since the takeover, who appear to have skewed the results of the poll against Elon’s favour. However, this does suggest that the poll results are free from the influence of the CEO or the company, which has been under scrutiny by Twitter users since a lot of polls in the past have landed in Elon’s favour.

Close to 400k Twitter users commented under the poll announcing Elon’s resignation and it has invited a mixed bag of responses. Among the most liked responses, one comes from MrBeast, a creator with the biggest YouTube channel in the world, where he agrees with the results of the poll saying “If you’re going to keep doing stuff like this, yes.“

By “stuff like this” he suggests the recent changes in policy violations on Twitter where a user can’t promote their 3rd-party social media platforms for free. Such as “linking out” social media platforms or posting a social media handle without a URL. A Tesla engineer replied to this post by sharing a screenshot (listed below) & taking some serious weight off this matter. 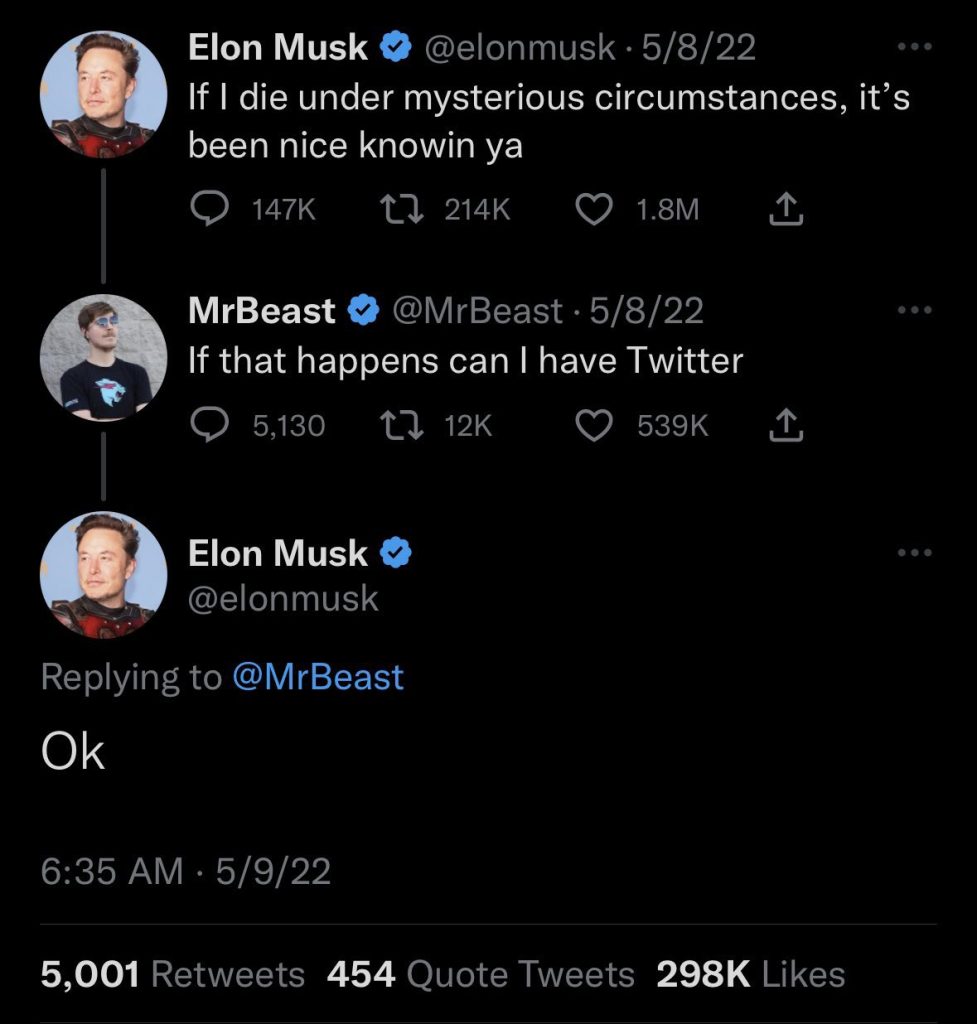 However, one user pointed out that Musk is possibly trying to discuss investment opportunities with the Saudi Royals, who haven’t yet been quite happy with the offer since their response has been diplomatic. The tweet also suggests that these investors asked Elon to step down as CEO, hinting that the current poll could be nothing more than virtue signalling for a decision that’s already being made.

Other individuals, such as Vitalik- the founder of Ethereum, and Lex Friedman- a popular podcaster and scientist have tweeted that they respect this decision since it aligned with the free speech attitude the CEO is trying to establish on the platform long before he got the ownership.

Who Could Replace Elon As The CEO Of Twitter?

Now that Elon Musk has announced his stepping down as the CEO, there is constant chatter and curiosity over who the next person handling the company could be. Well, we may have a few suggestions for those who share the skill set a person in such an important position might need. 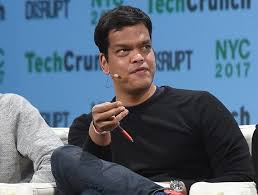 Since individuals of Indian-origin are successfully heading industry giants across the world, who better to take over Twitter than Sriram Krishnan? In fact, he’s already helping Elon with the monetisation of the platform.

He shares many of the professional traits as that of the current CEO. Sriram is an investor, an engineer and a technologist interested in consumer tech. Historically, Krishnan has led teams at Meta, Microsoft and yes, Twitter. Plus, he has a solid reputation on Twitter. If Sriram Krishnan becomes the CEO of Twitter, he will be the second person of Indian origin to lead the company; as well as a rather non-controversial choice. 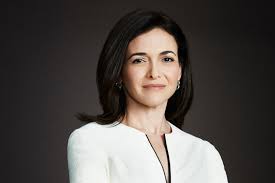 Elon Musk has been adamant about the $8 subscription model for Twitter since he believes it’s the best strategy to monetize the platform. Sheryl is known to have helped Mark Zukerberg, the CEO of Meta, with the revenue strategy of the platform. Her performance makes her one of the best candidates for this job, however, it’s tough to say she might be interested in the role since she has chosen to dedicate her attention to philanthropy after serving as a chief operating officer at Facebook for 14 years.

For now, it’s too early to predict who the next CEO of Twitter will be. All we know so far is that it won’t be Elon Musk.

Join Our Telegram channel to stay up to date on breaking news coverage Find ...