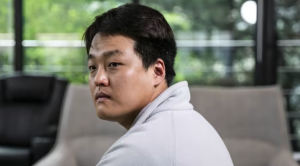 Those who lost everything during the Terra crash have waited for justice a bit too long. They have had nothing to show for it. When they asked Do Kwon on Twitter to somehow provide them a reprieve, nobody listened. Desperation started the #lunaburn campaign where they’re trying to do the impossible. But now Do Kwon’s chickens have come home to roost as the Terra founder is a fugitive, according to South Korea.

The country’s prosecutors issued a warrant for his arrest last week.

Terra Founder is now a Fugitive

Do Kwon’s already drawn the ire of South Korean authorities due to the events of the Terra crash and the less than optimal explanation behind it. But what put the final nail in the coffin was Do Kwon leaving the country for Singapore.

And as soon he left, his family soon followed, as well as the company’s former executive. All of them are now in Singapore.

To those who don’t know, Terra’s founder’s indecisive actions led to Terra’s collapse and zapped $60 billion out of existence. Regulators are hard at work finding the reason behind this drop. Many believe it was an immaculately created pump-and-dump scheme that aimed to make one person rich. However, Do Kwon has claimed he himself lost his own assets in the crash.

However, that’s not the reason behind the arrest warrant issued. As soon as Do Kwon fled the country, the prosecutors started to fear that he might not return. The prosecution raised concerns about Do Kwon not cooperating with the investigation and telling his lawyer he won’t make an appearance in court.

The warrant was issued on September 17th, and Singaporean Police came in support of the Korean National Police Agency. However, it was later found out that Do Kwon had left the country.

Do Kwon was quick to come on Twitter and explain his situation later.

Dear CT – I will tell you what i am doing and where i am if:

Otherwise you have no business knowing my gps coordinates

What’s Next for the Korean Authorities?

Do Kwon’s recent move to Korea has put South Korean authorities in a tussle. And it seems they don’t intend to just let him be.

According to YouTuber Coffeeville, South Korean authorities will try to deport Do Kwon from Singapore.

“It’s very important for us to at least give consequences to the people who set up these ridiculous crypto Ponzi schemes,” – Coffeezilla said in a video.

“The best I can say is, I am down infinite.” – Do Kwon said in an interview with Coinage media. Naturally, it didn’t sit well with many crypto YouTubers and experts who pointed out how delusional it is for someone with over 1 million Twitter followers to say while sitting on the top of a skyscraper.

Update: Do Kwon’s prosecutors are now seeking Interpol Red Notice against Do Kwon not to let him escape.

The Seoul Southern District Prosecutor’s Office stated on Monday that they had started the process to put Do Kwon on Interpol’s Red notice. Their goal is to revoke his passport so that he can’t escape from his current country, Singapore.

If Interpol agrees to put Do Kwon’s name on the Red Notice, he will become a wanted fugitive in 195 countries.

I am also a Victim – Do Kwon

Several puff pieces like these will continue to emerge. But you must watch out for them at publications like us, who are here to tell you the harsh truths, no matter what.

The Collapse of Terra Luna

We have covered the utter destruction of Terra Luna in the past, but just to refresh your memory and to point out how important it is for someone like Do Kwon to face the consequences, here is a brief retelling.

It all started with TerraUSD losing its ped to the dollar by 31%. It pushed LUNA’s price downwards at a time when all cryptocurrencies were in a downtrend.

It led to hyperinflation that dropped LUNA’s price closer to 0 – and the rest is history. 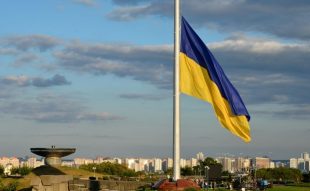