Bitcoin Suisse, one of the pioneer companies providing crypto financial services, has announced its plan to raise $50 million from its investors. According to a report from Swiss Info, the financial services institution is working on expanding its presence beyond the crypto sector. More specifically, the firm appears to have taken a shine at traditional banking.

Bitcoin Suisse has big ambitions. The Swiss-regulated crypto company plans to attain a financial asset value of $1 Billion dollars by 2025, as Swiss Info explains. The firm has also set out a blueprint to help guide its operations, with a significant seed investment being the stepping stone. As the news medium explains, the Swiss firm is hoping to channel the funds towards obtaining a license to operate in the banking sector.

The firm is now opening an investment window that will last until the middle of June. Its goal? Raising at least 46 million Swiss francs (about $47.7 million). Amongst other things, this investment will bring the firm’s capital cume to 100 million francs ($103 million). The company reportedly expressed its belief that this will help improve its chances of receiving licenses as a banking and securities dealer in Switzerland.

Bitcoin Suisse has risen to become a leading market player in the crypto-financial service sector. The company is renowned for providing lending, brokerage, and staking services, amongst others. If it succeeds with this funding round, it could take its current $275 million valuations to about $325 million.

Furthermore, the company has reportedly revealed that it will convert its division in Liechtenstein into a full operative bank. If it does get its license, it could gain access to expand its Euro-centric ambition and serve the growing crypto market across Europe.

Bitcoin Sussie believes that Swiss citizens are even more interested in investing in digital assets now, despite the downturn that has hit the global economy as a result of the COVID-19 pandemic. Per the Swiss Info report, the firm believes that its funding goal is achievable, especially since it recently raised $20 million in a previous funding round that was led by the Studer Family division.

Bitcoin Suisse founder, Niklas Nikolajsen, has highlighted that this investment round would help the company in its current “exponential growth.” Bitcoin Suisse currently has 145 staff members and is in charge of about $1 billion worth of cryptocurrency assets.

All over the world, banks are beginning to pay attention to cryptocurrencies. However, not many have been able to successfully make the switch to serve firms in the space – whether due to continued fears or regulatory constraints. Silvergate Bank, a commercial banking institution based out of La Jolla, California, has so far proven to be the most significant exception. So far, the firm has benefited significantly from its decision to serve crypto companies.

Recently, Silvergate announced that it added 48 crypto-trading clients to its register in the fourth quarter of 2019 alone. In March, Italian bank Banco Sella also opened its services to accommodate crypto trading through its in-house platform, Hype. Hype, which currently has about 1.2 million unique users, allows its traders and investors to conduct business with Bitcoin seamlessly.

At the same time, several crypto firms are also now seeking traditional bank licenses. While the process of getting a license to offer traditional financial solutions may be tedious for them, it will be advantageous, blockchain analyst Lucas Mearian explains.

As he explained, crypto companies that transition successfully into banks would potentially have a larger bandwidth to render various banking features to customers. It remains to see how global financial institutions will respond to the imminent integration of crypto trading in traditional finance. 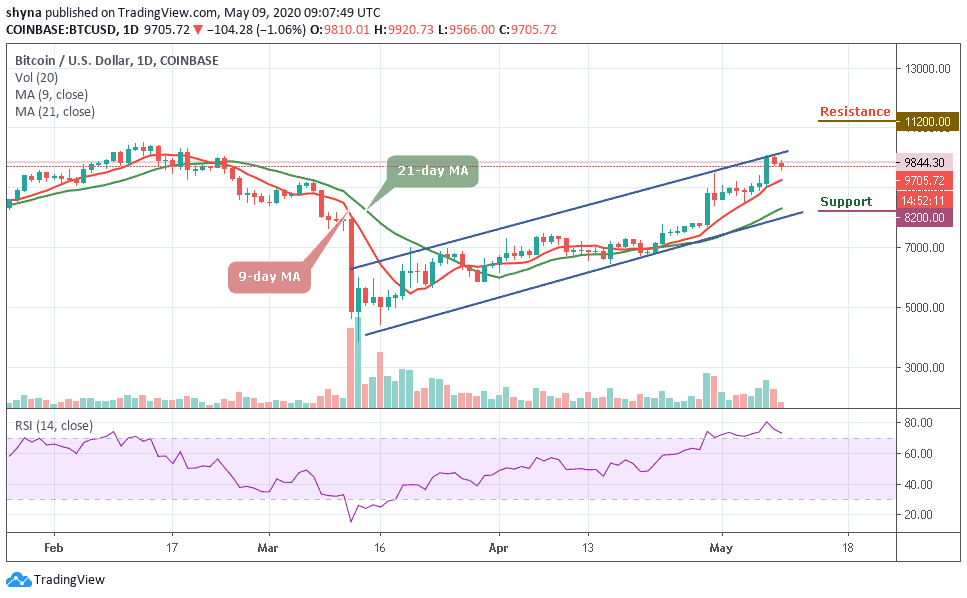 Bitcoin Price Analysis (BTC) – May 9 The Bitcoin price is seen pulling back ...