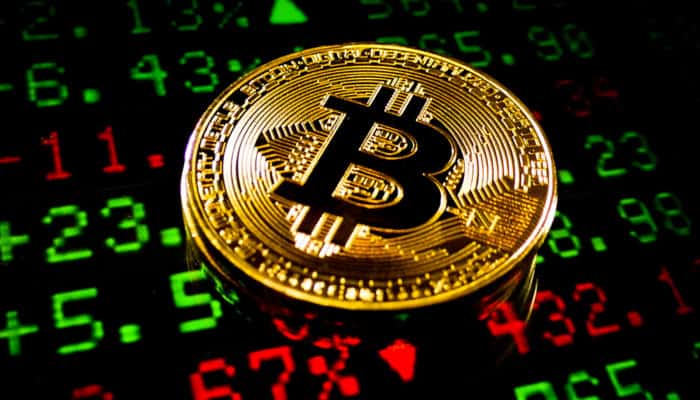 Peter Brandt, a commodity trader of world renown with 285,000 followers on Twitter, has given a price target of $100,000 for bitcoin.

Some would see that as a sure sign of the return of the “irrational exuberance” that marked the previous sharp upturn in the bitcoin price, but don’t dismiss Brandt’s musings out of hand.

Bitcoin takes aim at $100,000 target. $btcusd is experiencing its fourth parabolic phase dating back to 2010. No other market in my 45 years of trading has gone parabolic on a log chart in this manner. Bitcoin is a market like no other. pic.twitter.com/wE4j3riMgI

Bitcoin is not Tulip Mania Revisited

Comparisons with the Tulip mania of the seventeenth century, agreed to be the first financial bubble of the capitalist era, were always wide of the mark.

After all, there was only one outbreak of Tulip Mania and then it died.

That’s not the case with speculation around the price of bitcoin, as its price history shows.

The bitcoin price has seen at least four periods in which it has risen parabolically and then fallen by at least 75%.

Let’s take a closer look at the chart that Brandt has posted: Using a log scale to show the three most recent parabolas, Brandt postulates that if we are at the beginning of the fourth one then the price will hit around $100,000 before it tops out.

That runs into the next halvening of block rewards as roughly where the peak forms, in May 2020, which would be a convergence of both the fundamentals and the technical setup. Brandt describes the bitcoin market as “like no other” that he has studied or participated in:

“Bitcoin takes aim at $100,000 target. $btcusd is experiencing its fourth parabolic phase dating back to 2010. No other market in my 45 years of trading has gone parabolic on a log chart in this manner. Bitcoin is a market like no other.”

The unique patterns seen in the price chart is likely because bitcoin is a new technology the like of which the world has not seen before. As such its value, as with past tech breakthroughs, is difficult to evaluate.

But we need to add to that the monetary aspect, that gives bitcoin its revolutionary potential

If its use case as digital gold or a means of payment is to be realised then its value needs to find levels way higher than $100,000.

The value of gold above ground is about $7 trillion. To capture that market would equate to a price of $300,000.

Gold is never going to be fully displaced by bitcoin however, but even a partial attraction of some of the current  investors in gold would see $100,000 easily reached. Then add on the means of payment possibilities.

Gold is currently trading at a five-year high. You can buy gold here.

The entry of Facebook into the crypto space with the announced launch of Libra has lit a fire under the bitcoin price.

The leading crypto is currently priced at $10,880, according to data site cryptocompare.

You can buy bitcoin here.

Gary McFarlane is the cryptocurrency analyst at investment platform interactive investor. His commentary is provided in a personal capacity and should not be taken as investment advice.